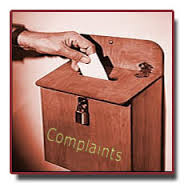 According to State Comptroller Justice Yosef Shapira, the number of justified complaints received by his office from citizens annually ranks among the highest in the world. Shapira’s office also serves as the nation’s ombudsman.

The Israel Postal Service leads with the most justified complaints filed against it followed by Israel Broadcast Authority, followed by the Prime Minister’s Office, Ministry of Transportation, Lod City Hall and the Ministry of Education.