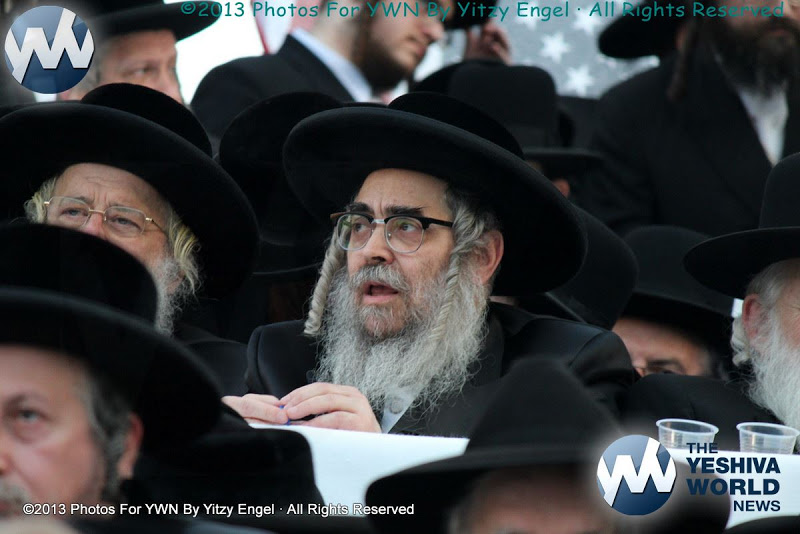 A day following the levayas of the kedoshim in Eretz Yisrael, Gilad Shaar, Naftali Frenkel and Eyal Yifrach HY”D, the Satmar Rebbe of Kiryas Yoel addressed their murders in a shiur given in the Heichal Yeshiva Gedola in Kiryas Yoel.

The rebbe’s tone is clearly solemn, not condemnatory but a pained tone. He quotes David HaMelech saying שקר שנאתי ואתעבה, expressing his need to address the murders R”L of the three boys “Hashem Yerachem”. The rebbe continues, quoting וירב בבת יהודה תאניה ואניה. He adds that when tragedy strikes Eretz Yisrael, HKBH is pained and sorrowed by the sorrow of Yisrael as is Klall Yisrael. “Every Jewish heart is pained and in mourning over the tzoros of Yisrael, mourning the victims and H’ says enough”. He explains that many will be Menachem aveil including people who never met the boys or the families because the pain is the pain of the entire nation. “Every Jew must mourn when an event such as this occurs”.

The rebbe points out that despite the pain and suffering, one is compelled to view the events in a broader perspective, with eyes opened wide to true Torah knowledge”.

The rebbe cited how the parents were maspid the kedoshim and he feels they should not have but they should do teshuvah and recite viduy with tears, to recite ‘אשמנו בגדנו, ועל חטא’. “They should beat their hearts with the realization they have a part in this”.

“Who permitted them to go there [to live] among these known murderers? Living in this mokom sakona. Is there a lack of space for one to live and study in Eretz Yisrael of only in the animal cage? Is there no other place to open a yeshiva to learn other than Hebron? Who permitted them to enter the area with their sons and daughters, into the lion’s den, to make their lives and those of their loved ones hefker? It is all because of the yetzer hora and the lust called “Shleimus Haaretz and Zionism mehadrin min hamehadrin”.

“We are compelled to say with pain the parents are to blame – they caused the murders of their sons and they must return and do teshuvah”.

The rebbe continued, addressing the reports of a body of an Arab teen found in the Jerusalem Forest. At the time of his shiur, there were fears the murder was an act of revenge by Jews and the rebbe points out that there is a possibility he was murdered by Jews. The rebbe said that Jews around the world are placed in danger due to possible retaliatory attacks by Arabs H’ Yerachem. “We are in galus already for 2,000 years and during that entire period of the longer bitter galus; thousands, tens of thousands, hundreds of thousands and many millions of Jewish children have been murdered. However Jews were among the murdered and not the murderers and that was our beauty throughout the galus”.