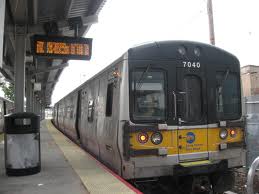 New York City’s two commuter railroads plan to install inward- and outward-facing cameras in the cabs of their trains. The move follows a recommendation from the National Transportation Safety Board.

A Metropolitan Transportation Authority committee voted Monday to award contracts totaling $34.6 million. The cameras will be used on both the Metro-North Railroad and Long Island Rail Road.

The full MTA board will vote Wednesday.

A total of 2,064 rail cars and locomotives will be outfitted under the contract