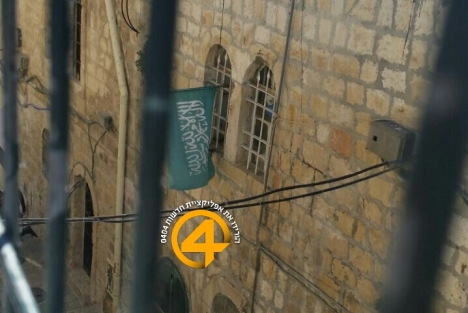 The “Kahane was right” fist and other symbols associated with the late MK’s party have been declared illegal by Israel’s Supreme Court. Persons seen wearing a Kahane tee-shirt have often been detained by police or arrested.

However, the same standard does not apply when it comes to Hamas. One recent case is the flag that flies outside a home on Tzariach HaAdom St. in Jerusalem’s Old City, near Jewish homes, oppose Beit Valero.

Jewish area residents notified police but to date, nothing has been done to remove the flag.