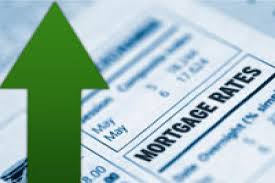 Mortgage company Freddie Mac said Thursday the nationwide average for a 30-year mortgage jumped to 3.69 percent from 3.59 percent last week. The average rate is still at its lowest level since May 2013.

The rate for the 15-year loan, a popular choice for people who are refinancing, increased to 2.99 percent from 2.92 percent last week.

A year ago, the average 30-year mortgage stood at 4.28 percent and the 15-year mortgage at 3.33 percent. Mortgage rates have remained low even though the Federal Reserve in October ended its monthly bond purchases, which were meant to hold down long-term rates.

Government data released last Friday showed a resurgent job market in January, signaling that the economy is finally regaining the kind of strength typical of a robust recovery. U.S. employers added 257,000 jobs last month, after 329,000 in December and a sizzling 423,000 jobs in November, the Labor Department reported. The November and December gains were much higher than the government had first estimated.

The job gains could boost the housing market, which has been recovering in the past few years from the recession but has struggled to maintain momentum.

The average rate on a five-year adjustable-rate mortgage jumped to 2.97 percent from 2.82 percent. The fee rose to 0.5 point from 0.4 point.