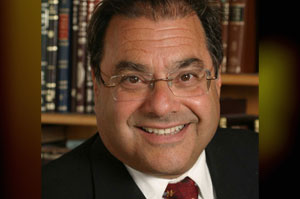 “The use of strong language towards the Chief Rabbis and the Chief Rabbinate of Israel is a most serious matter and this is not the way our Torah instructs us to act” the official statement read.

It is explained that when a rav reaches this age, he is invited to come before the Chief Rabbinate Council to explain why he wishes to continue in his post and he will submit relevant documentation relating to the request. It is also pointed out that in the case of Rabbi Riskin, the matter was pushed off to the next meeting of the council to permit Rabbi Riskin to take part. It is stressed that this is the normal procedure and it will continue in the future.

It is explained that in rare occasions there are exceptions to the process, as was seen in the case of Jerusalem Chief Rabbi Aryeh Stern, who was elected a few short weeks before reaching retirement age. Hence his tenure was extended.

YWN notes that Chief Rabbi of Efrat Rabbi Shlomo Riskin has previously referred to “J” as a “model Rabbi”, and called him “Rabbi J”. Click n link to watch a shocking video.