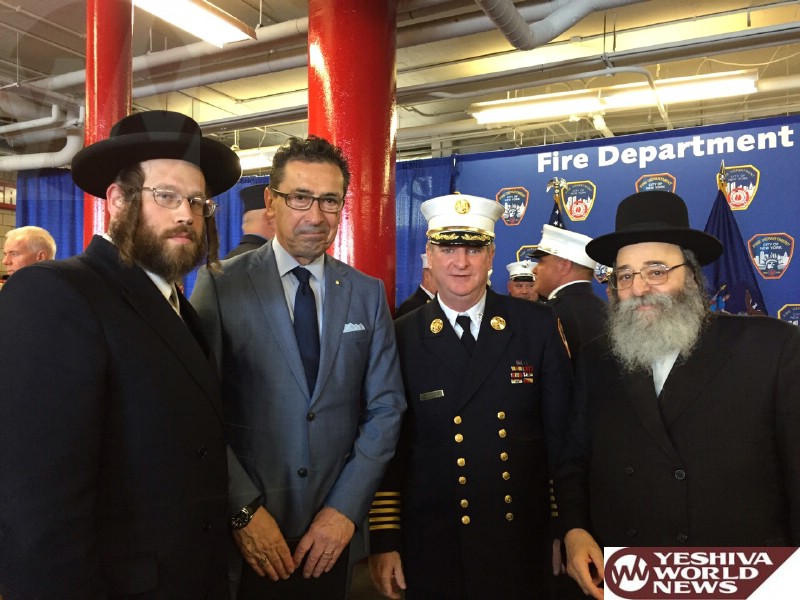 Almost a year after his passing, braving into a blaze on a 19th floor apartment in the Taylor Wythe Housing Complex to save others, a large crowd of firefighters, families, friends and the Williamsburg Community, assembled at an FDNY ceremony for the unveiling of a plaque in his memory at the Hooper St. station, home of Engine 211/Ladder 119, from where the Lieutenant left for his final life-saving mission.

The event was addressed by FDNY Commissioner Daniel Nigro, Chief of Department James Leanord and other department officials. The Lieutenant’s wife and two daughters accepted special plaques in memory of their beloved patriarch. Commissioner Nigro thanked Engine 211/Ladder 119, where the Lieutenant served, and the Southbeach station, where the Ambelas family lives, for their strong support for the family and their work to commemorate the legacy of Lt. Ambelas and his selfless service.

The Commissioner spoke of the strong impression that Lt. Ambelas left on the Williamsburg Community, and pointed out the presence of Rabbi David Niederman, President of the UJO of Williamsburg and North Brooklyn, and other community members.

On May 8th, less than two months before his final selfless act, Lt. Ambelas headed a team of firefighters rescuing 7 year old Mendy Gottlieb who was stuck and suspended mid-air in a roll-up gate. The firefighters’ quick action saved his life. Ten days before his passing, the Lieutenant accepted an award from Commissioner Nigro for his battalion for their successful rescue, at a ceremony arranged by the UJO in front of that roll-up gate.

Ten days later, Williamsburg was saddened to hear that the Lieutenant lose his life when answering another call to rescue lives. The Williamsburg community, and especially the Gottlieb family and the UJO, mourned with the family and participated in the funeral and at other occasions honoring the lieutenant and to comfort the family. At today’s event, Commissioner Nigro and the Chief of Department spoke of the everlasting memory of the lieutenant, including his rescue of Mendy Gottlieb, and expressed their support to his family.

Rabbi Niederman and Abraham Gottlieb – Mendy’s father – expressed their gratitude to the family and the department for the Lieutenant’s service. The lieutenant’s memory is remembered and endeared among the Williamsburg community. May his memory remain blessed forever. 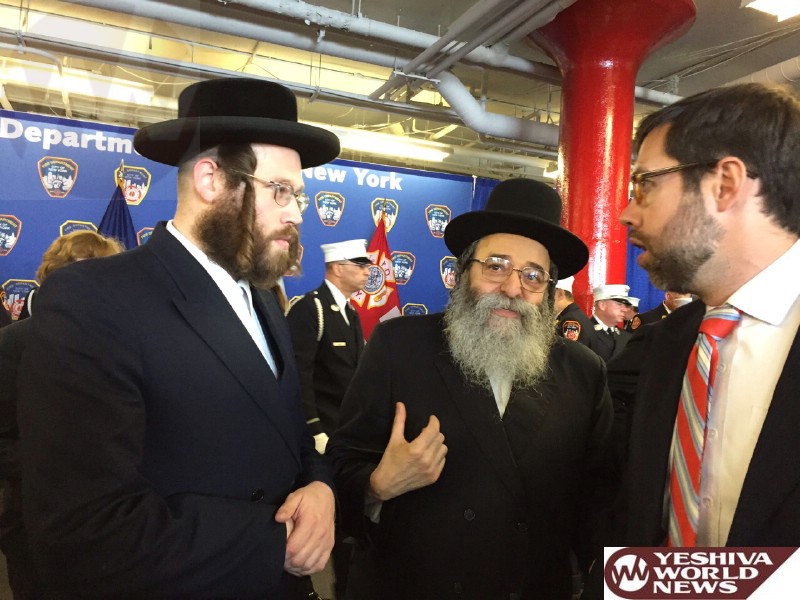 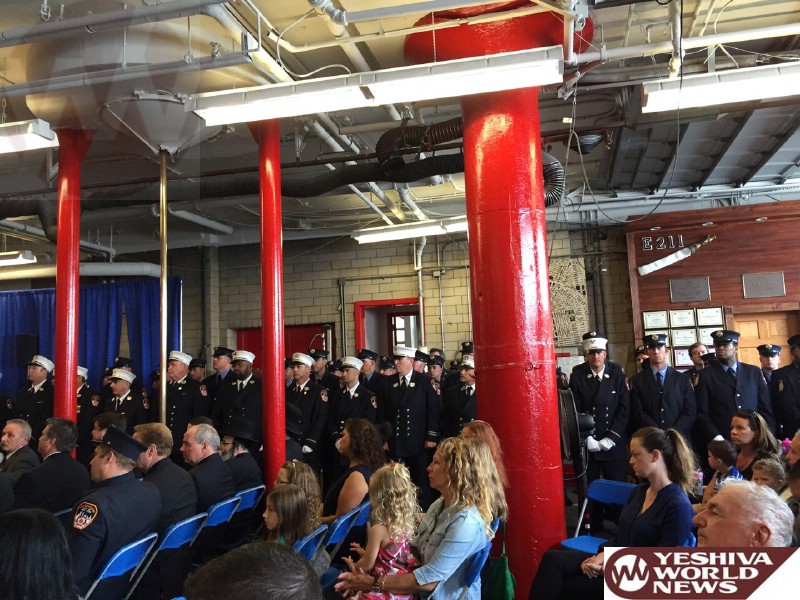 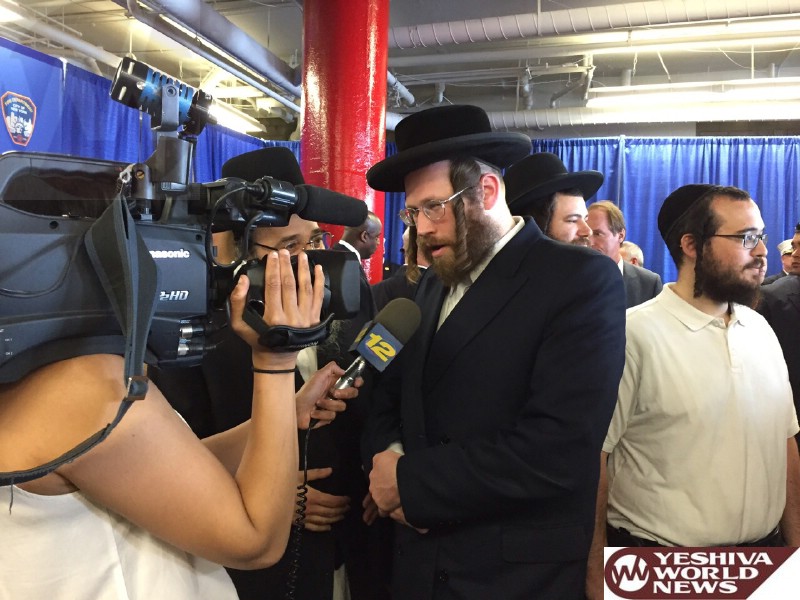 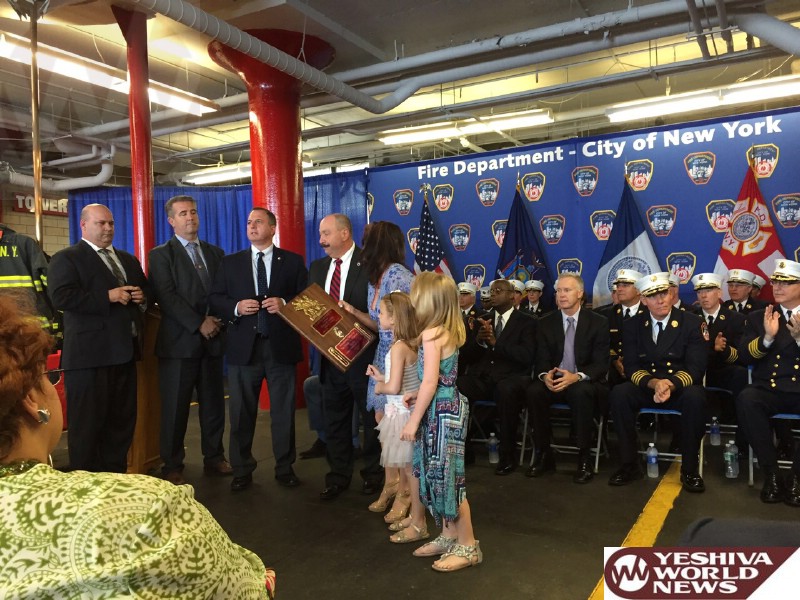 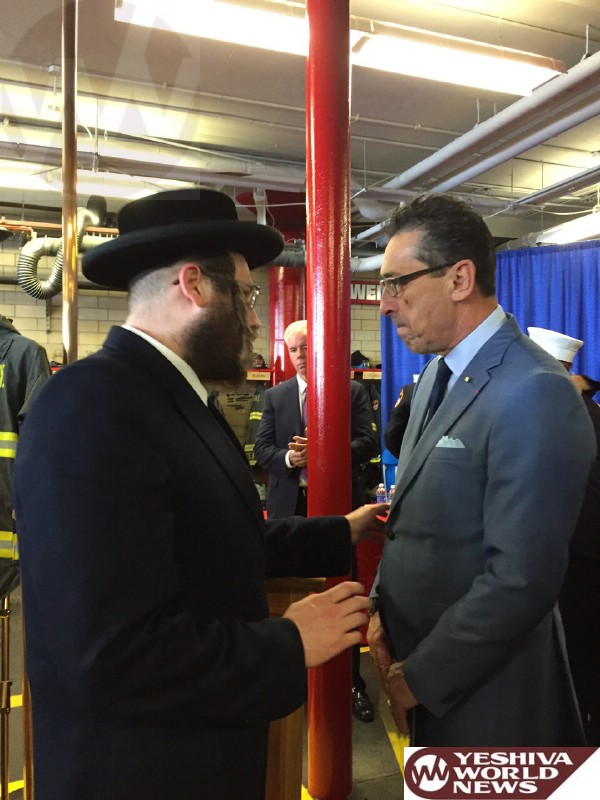 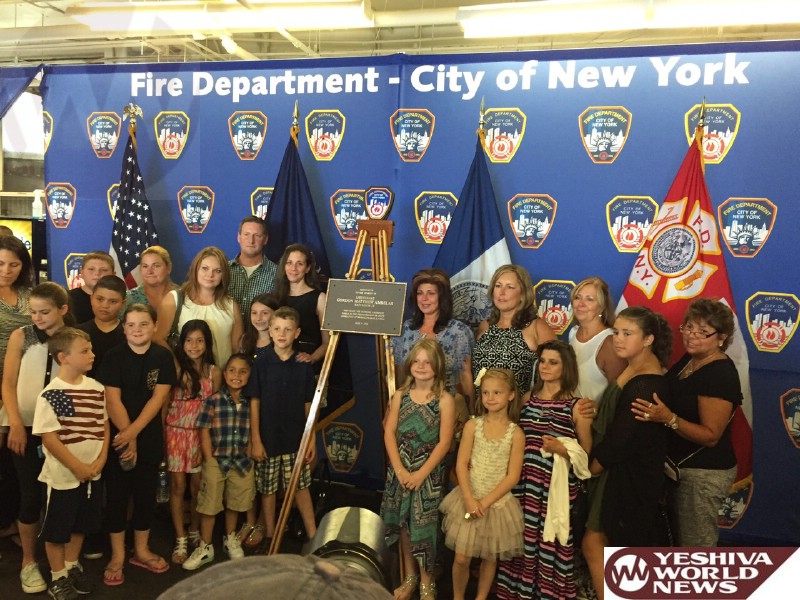 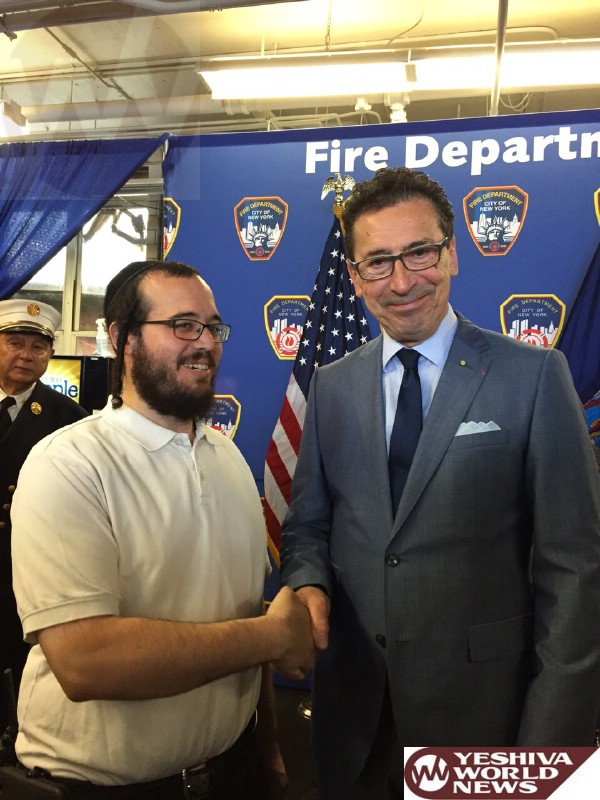 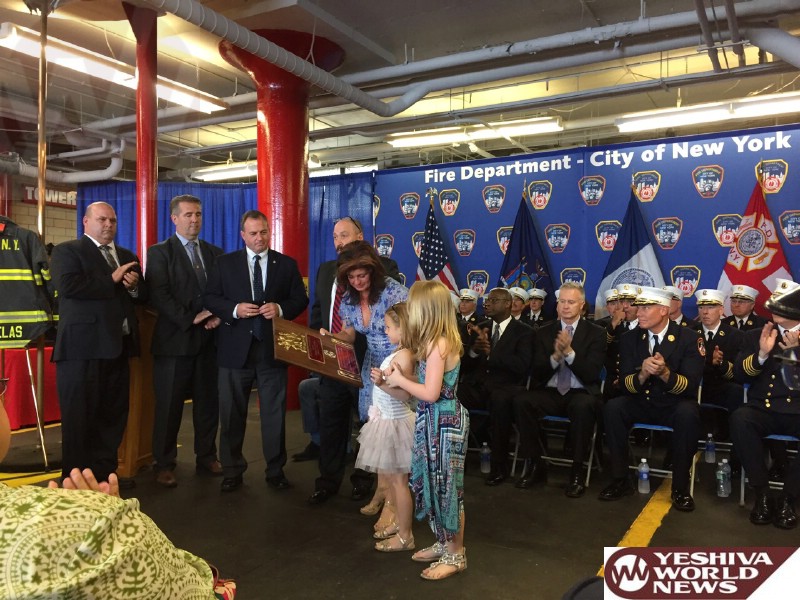 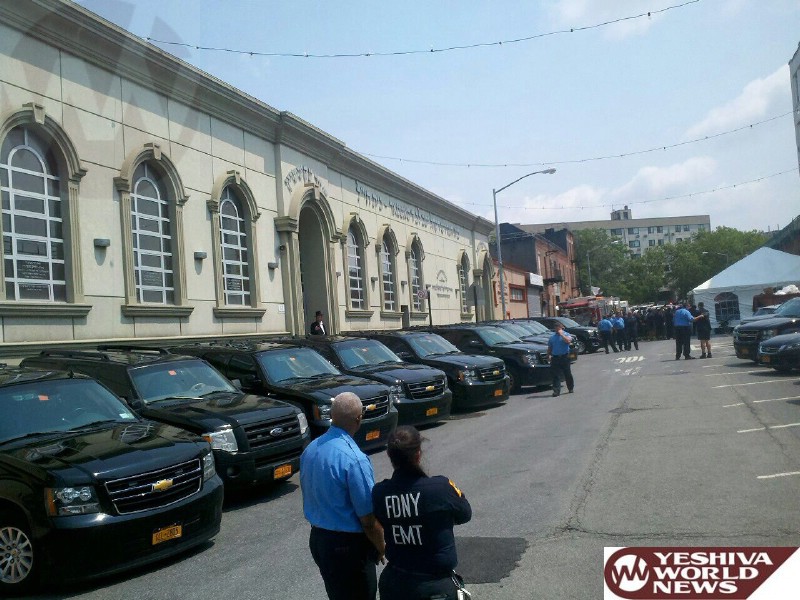 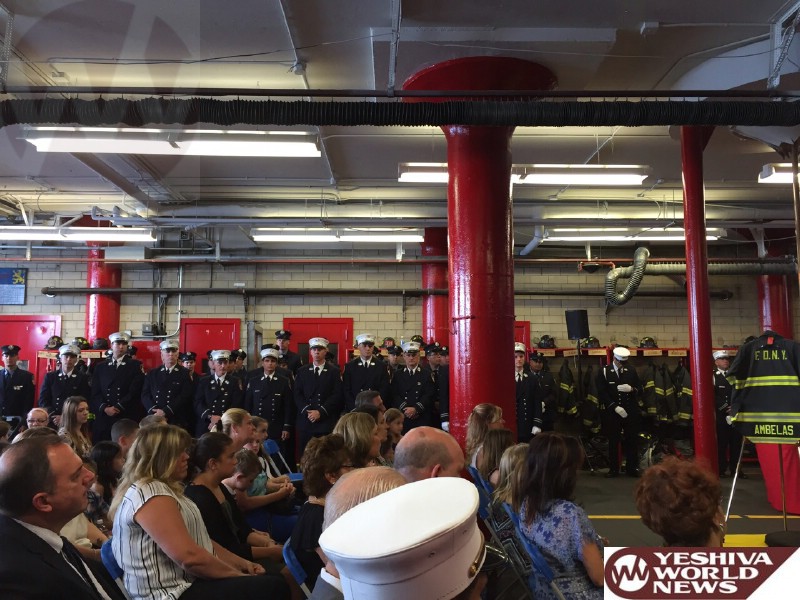 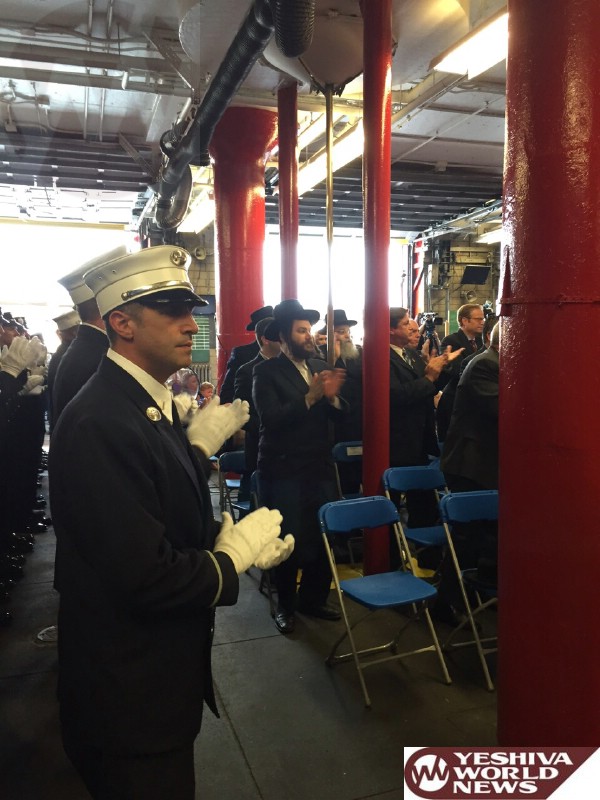 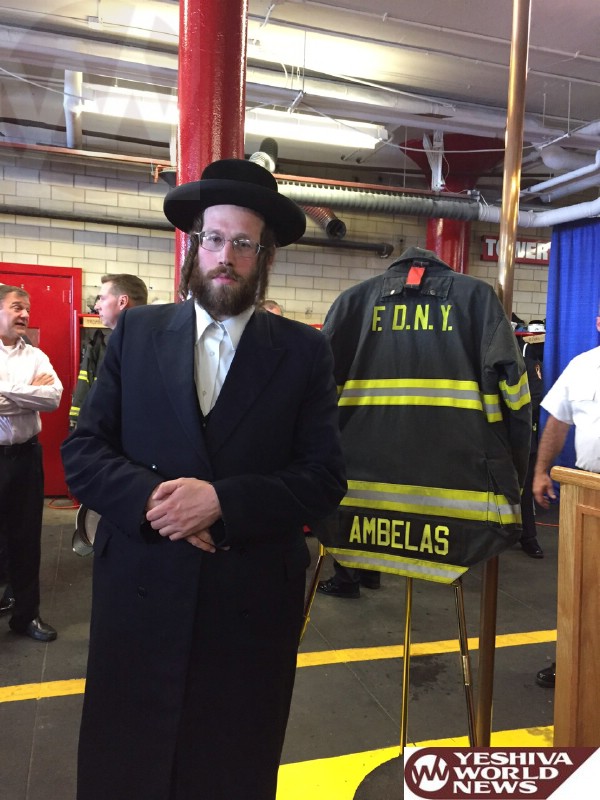 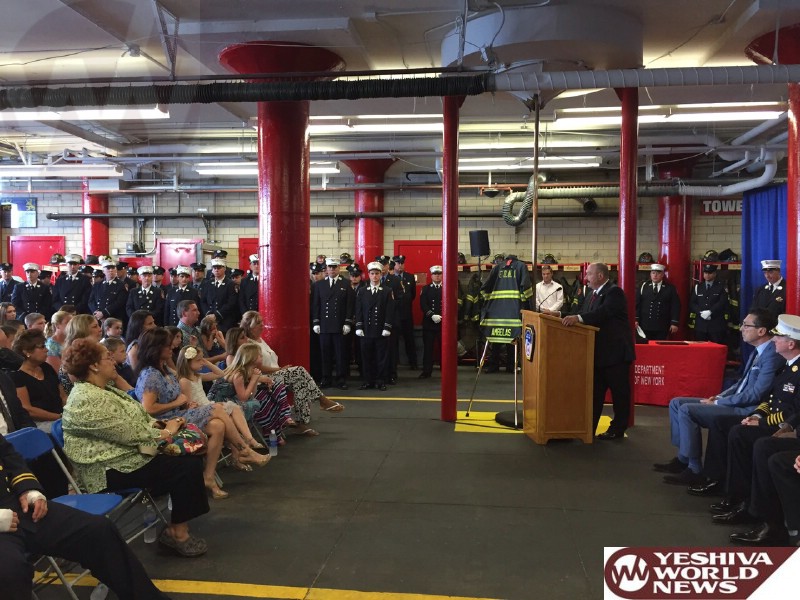 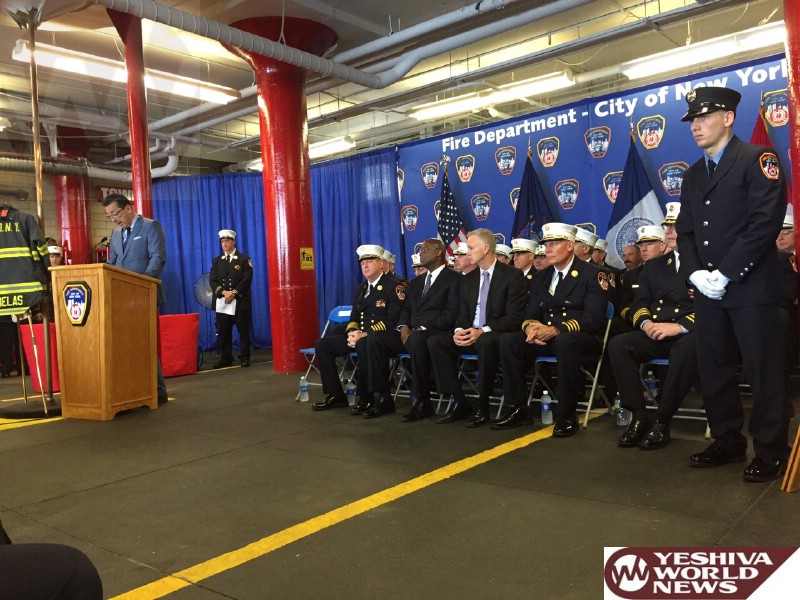 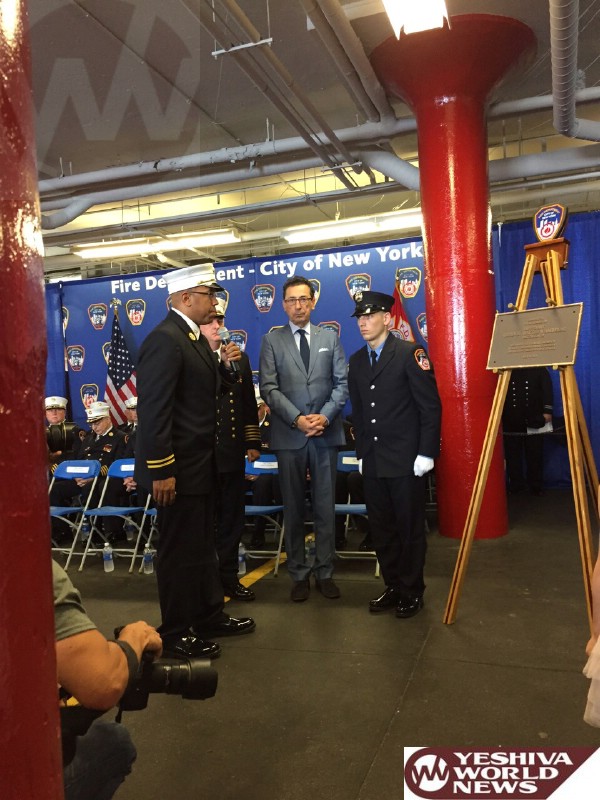 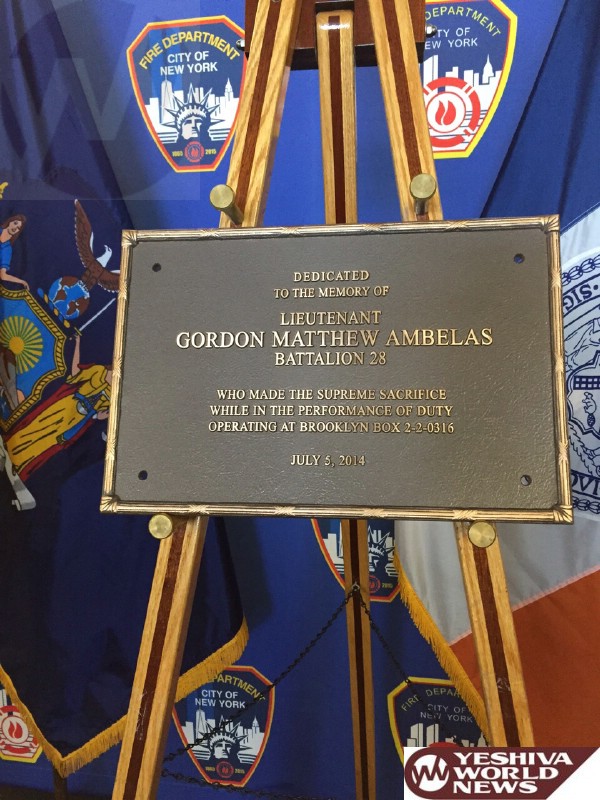 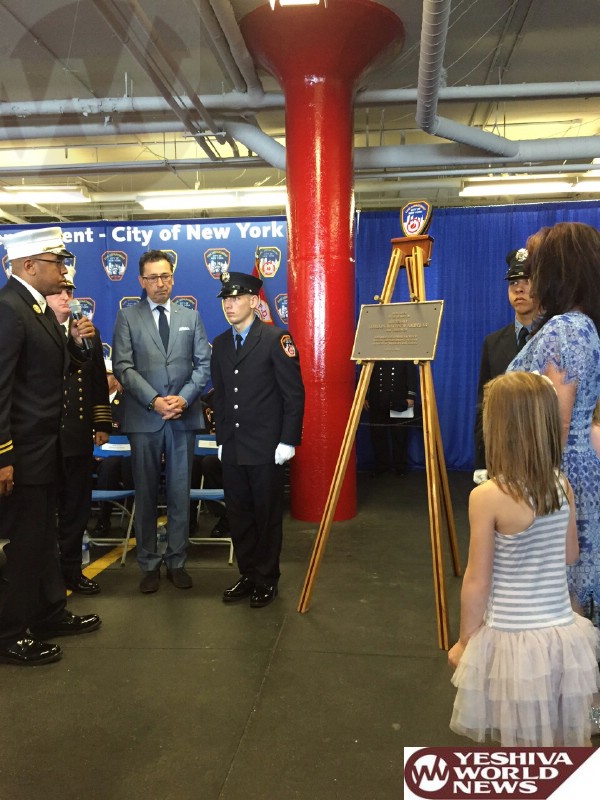 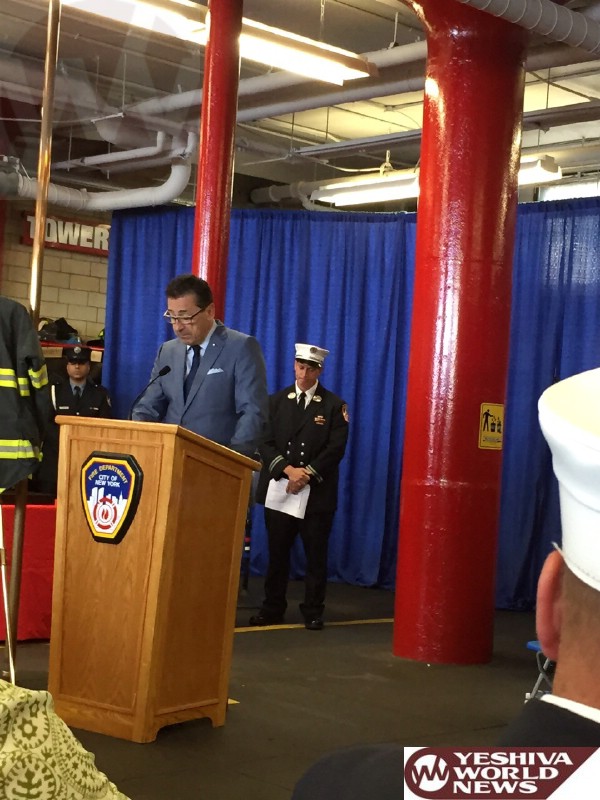 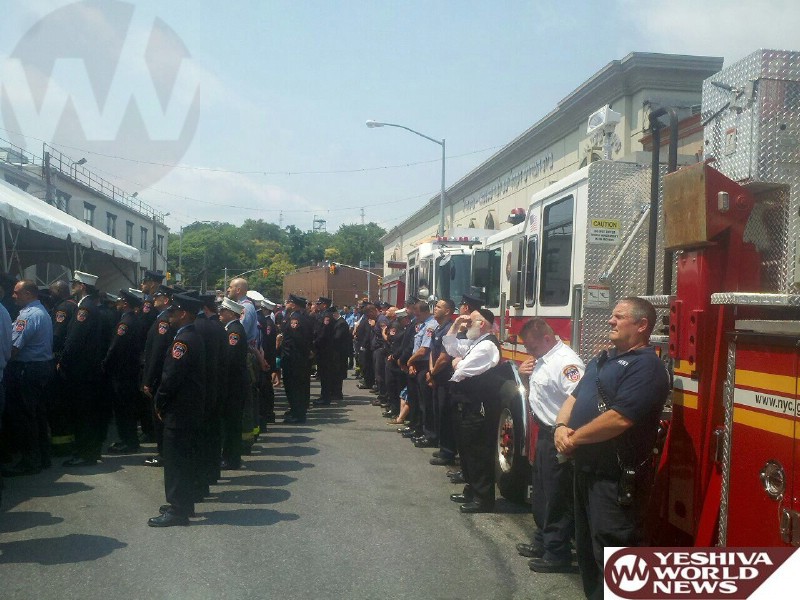 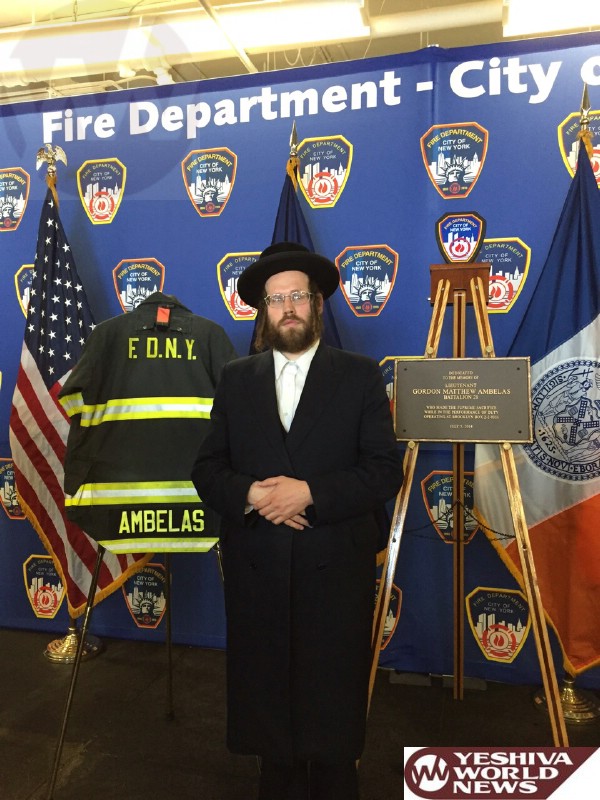 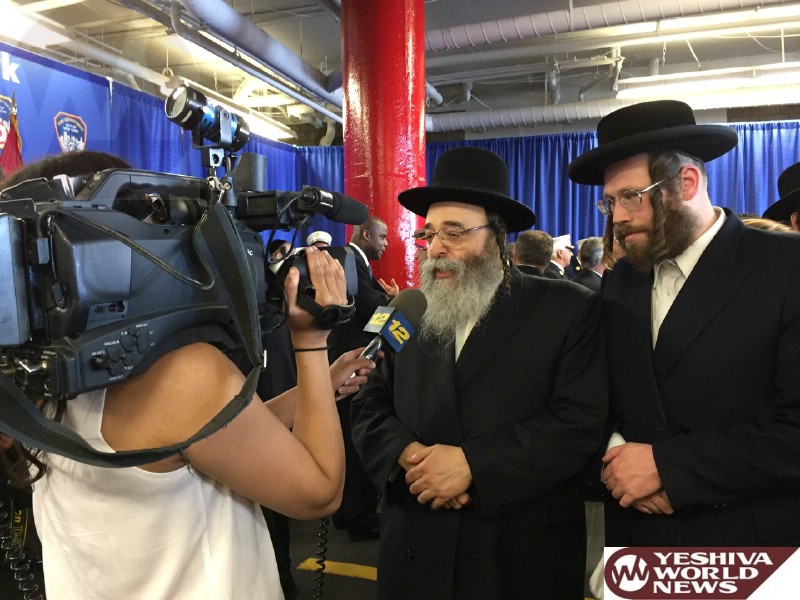 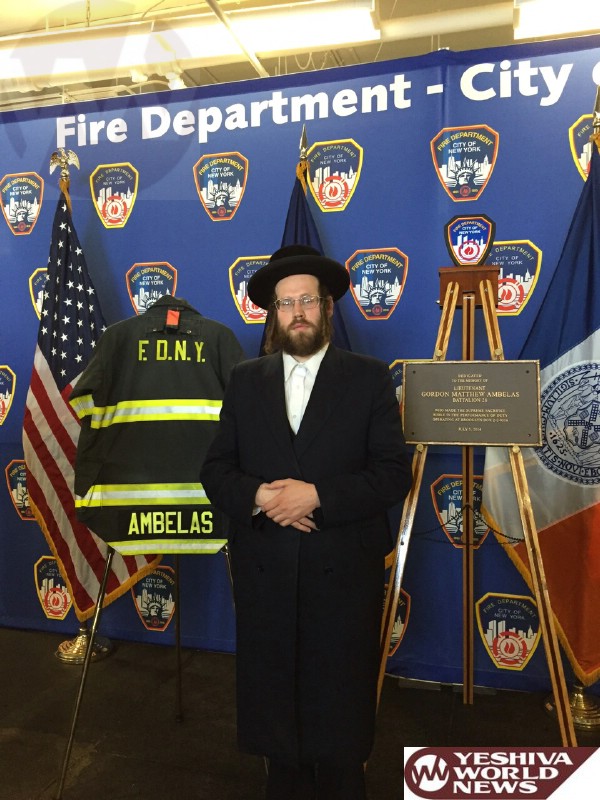 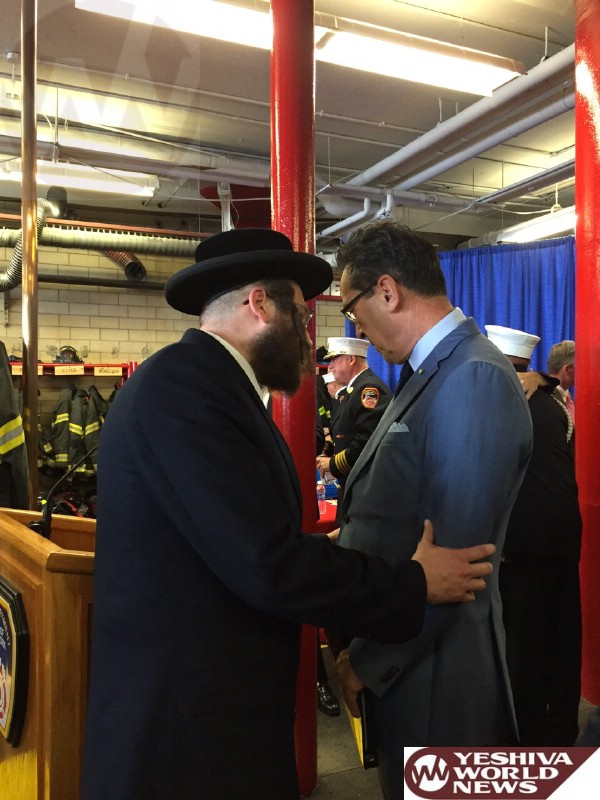 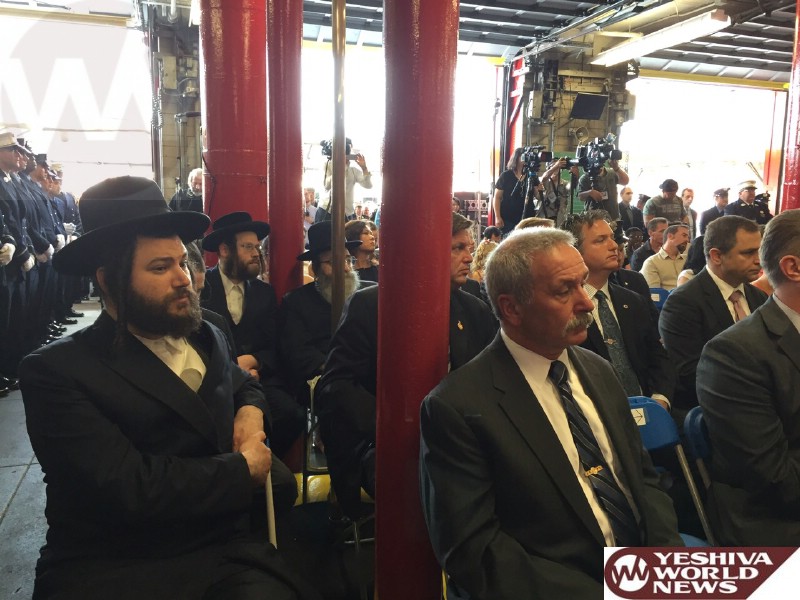 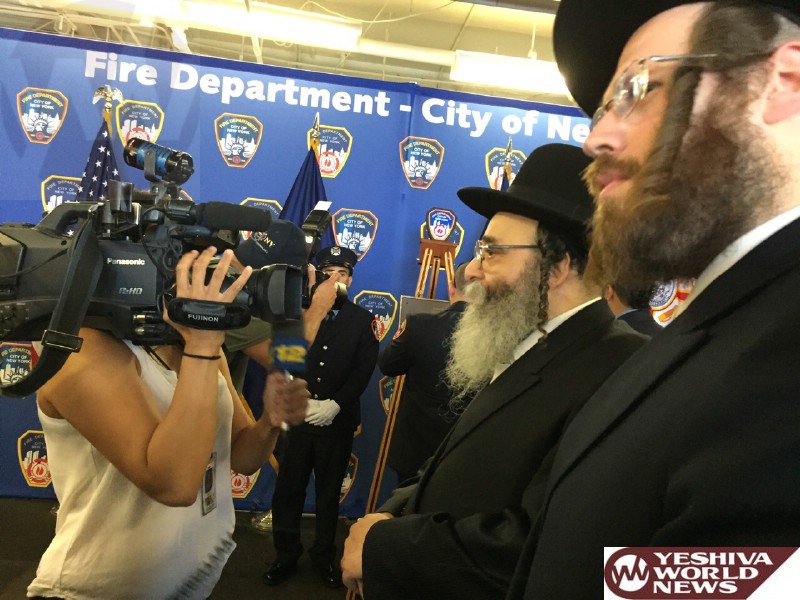 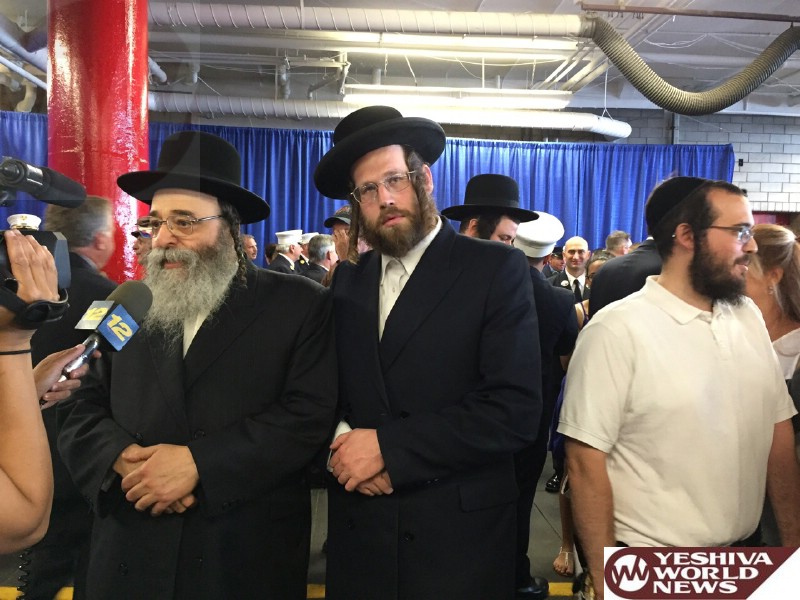 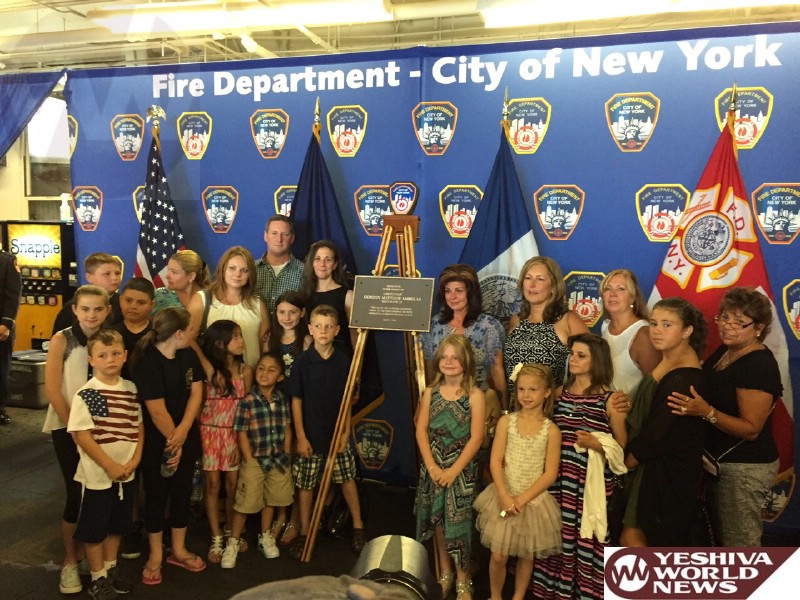 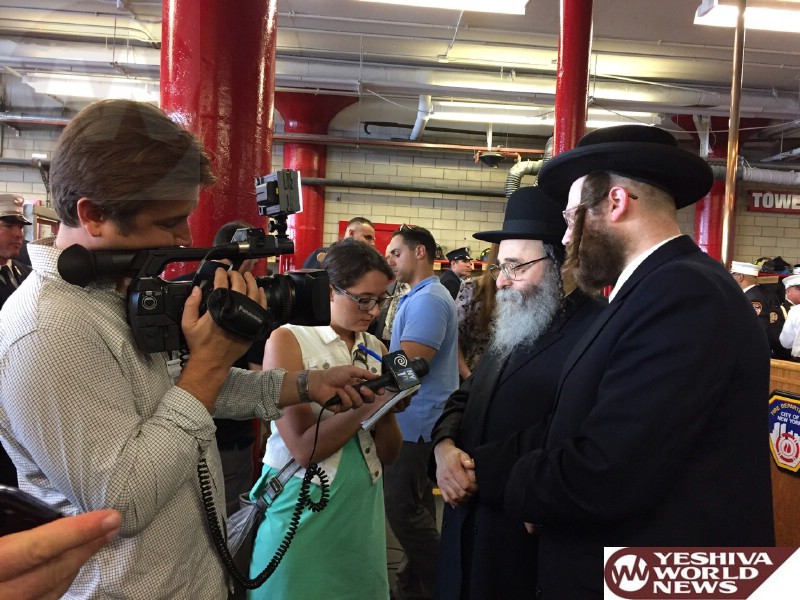