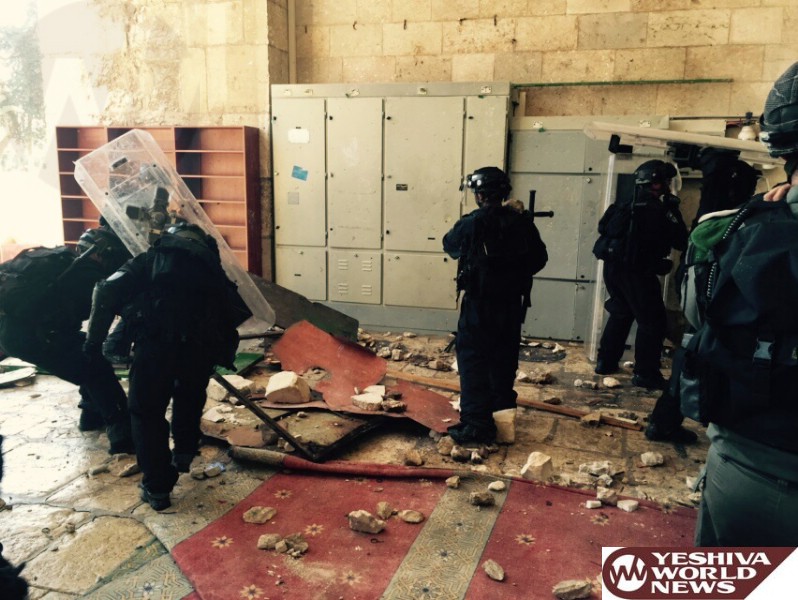 Israel Police on Tisha B’Av 5775 morning stormed Har Habayis in response to Arab rioting on the holy site. Youths were holed up in al-Aqsa Mosque for the entire night. They gathered stones, wooden planks, fireworks and other objects in addition to preparing a quantity of firebombs, all part of the plan to disturb visitors towards compelling police to shut the site down on Tisha B’Av.

The youths set up blockades to prevent police from opening the doors of the mosque. They used closets and metallic objects to prevent the doors from being forced open. A confrontation erupted between police and the youths, which quickly escalated to attacks against police.

The police force was led to Jerusalem Police Chief Moshe Edri, entering the mosque which the youths were using to evade police. Police entered a number of meters into the mosque and shut the doors, locking the youths inside and restoring calm to the site but not before a number of police were injured, B”H not seriously. 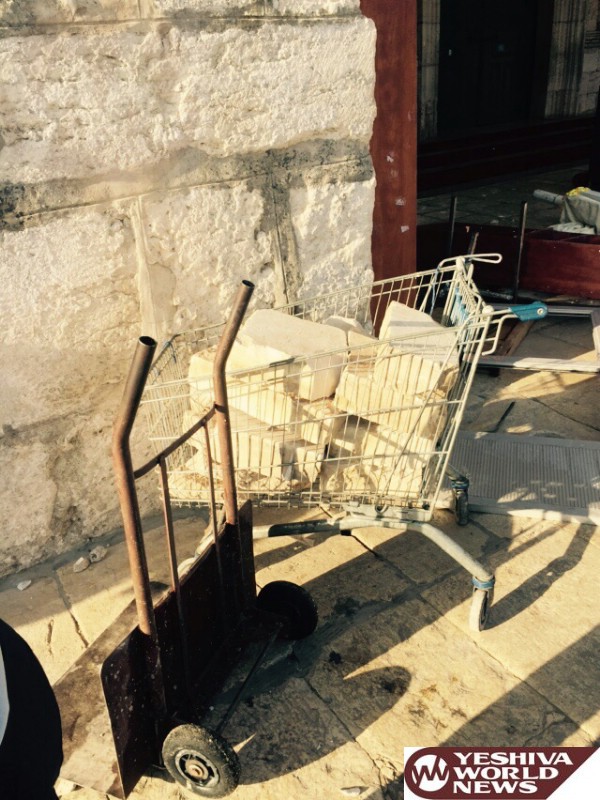 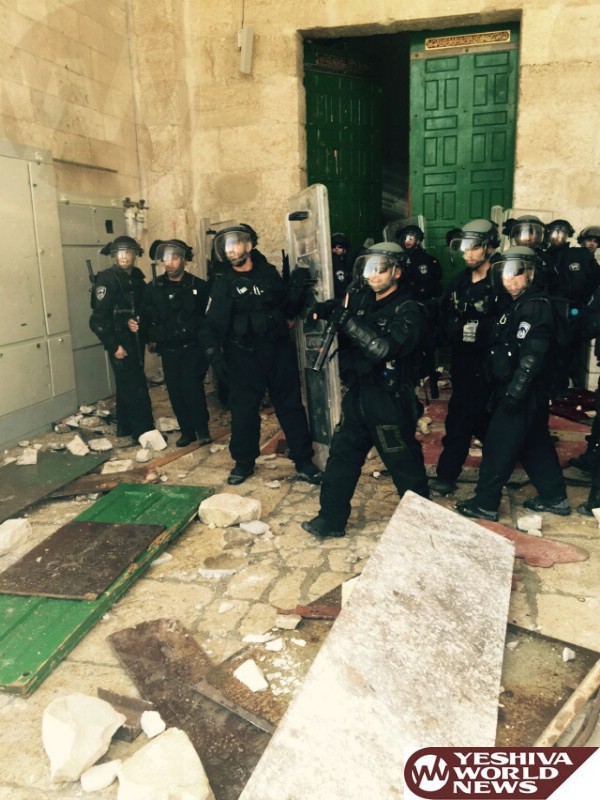 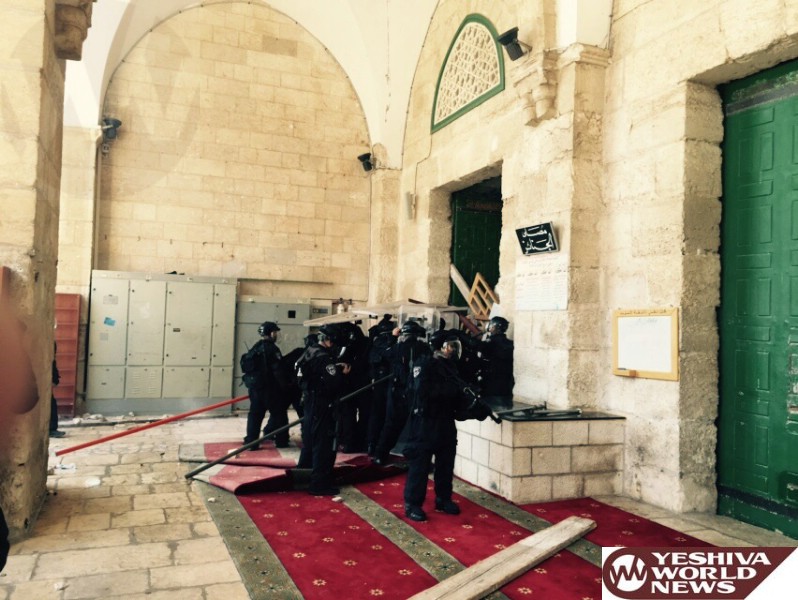 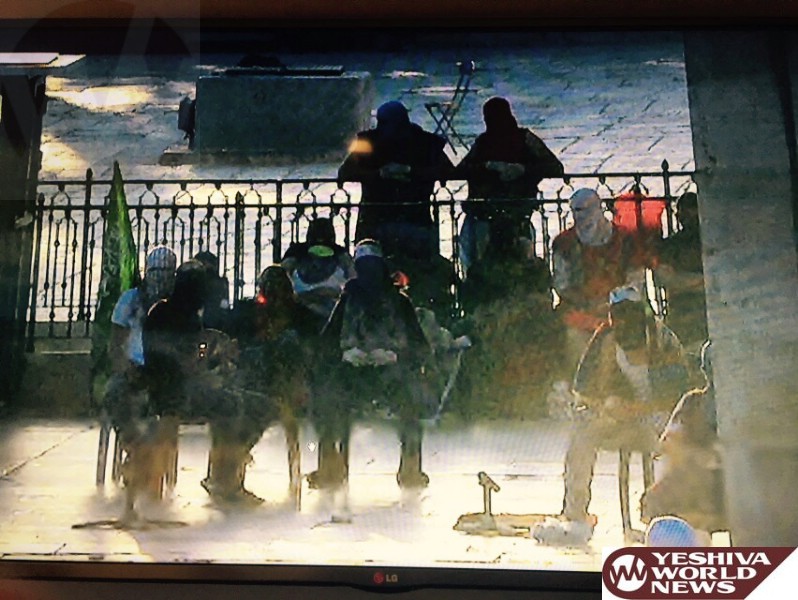 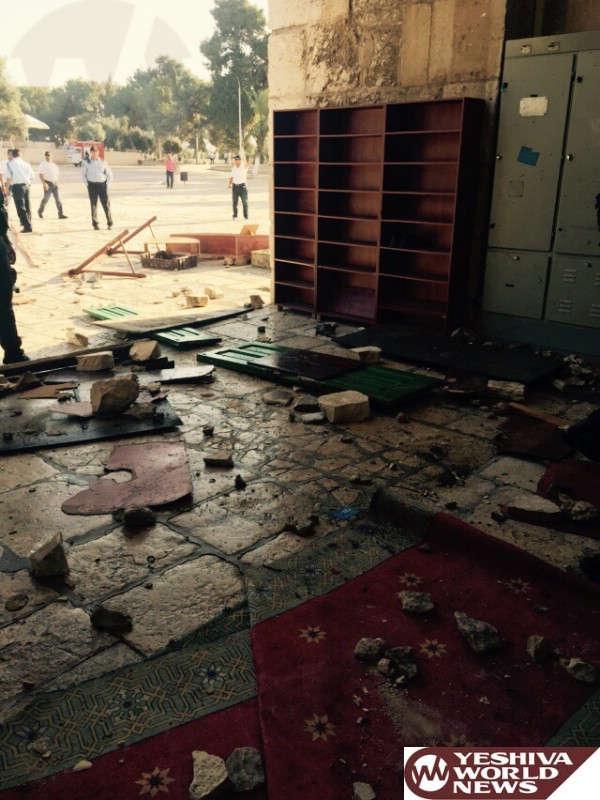 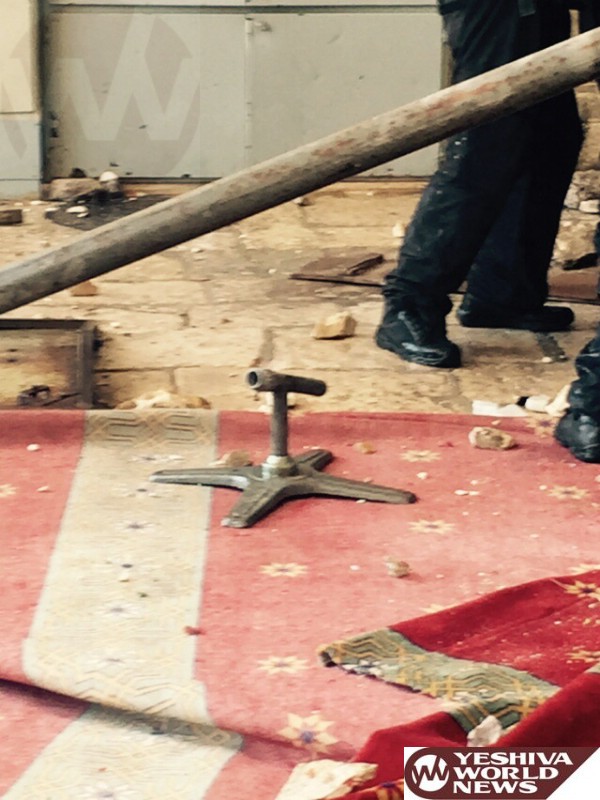 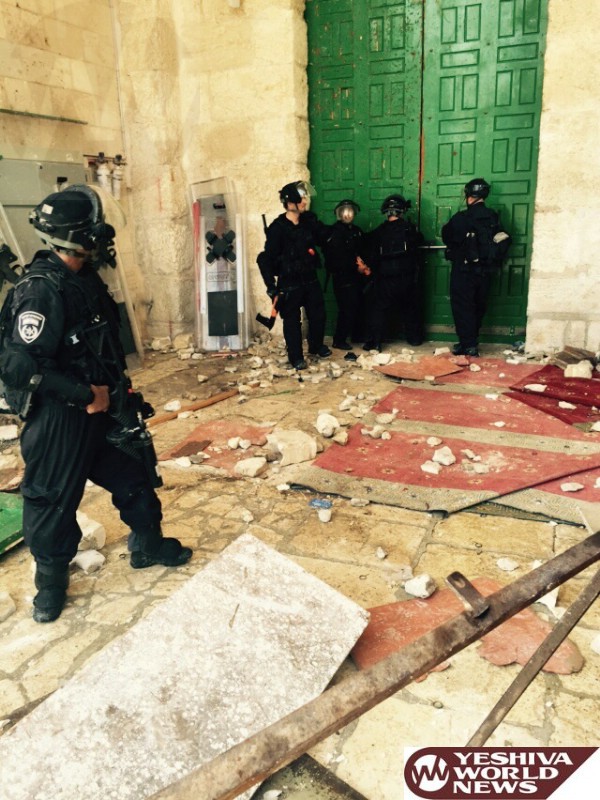