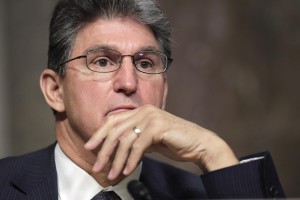 Democratic Sen. Joe Manchin says he’s leaning toward supporting the Iranian nuclear deal, because the alternative would be war.

The West Virginia senator is the latest Democrat to speak favorably of the agreement. Democrats have started lining up to support the pact as the Obama administration works to sell it to lawmakers.

Manchin tells CBS’ “Face the Nation” he’s spoken to leaders in four of the five countries that negotiated the Iran nuclear deal, and if Congress rejects it, the U.S. will be on its own and faced with going to war against Iran.