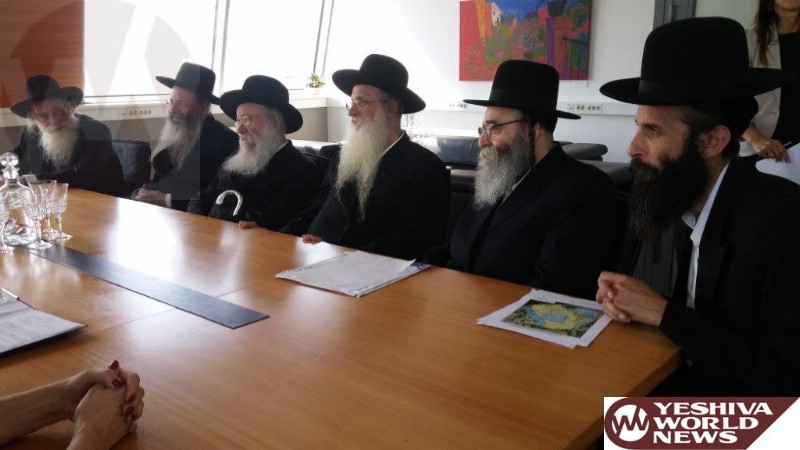 A Rabbinic Delegation visited today Vilnius and met the authorities to plead with them to cancel plans to construct a Congress Hall on Snipiskes Jewish cemetery.

The Snipiskes cemetery was established over five centuries ago, and it interred the most famous Jewish leaders of Vilnius. Sadly, the cemetery’s Gravestones were razed and the cemetery was desecrated by a series of regimes, including the Nazis and the Soviets. The latter built a now-abandoned Sports Palace on the cemetery land. Desecration continued in recent years, under Lithuania’s democratic government. During the last ten years, two apartment buildings were constructed on cemetery grounds and human remains were disturbed, shattered and excavated, despite protests from Jewish communities worldwide.

Recently, the government announced plans to redevelop the abandoned Sports Palace into a Congress Hall. Leading American and Israeli Rabbis who maintain the Lithuanian tradition of Talmud study publicly decried the plan, protesting “any use of this sacred site other than for prayer and solemn reflection.”

On Tuesday, a hi-level rabbinic delegation, with members from the US, Europe and Israel, met the Lithuanian authorities. The group met the First Deputy Chancellor Mr. Rimantas Vaitkus – who welcomed the group on behalf of Prime Minister Mr. Algirdas Butkevičius while he was abroad – and the Mayor of Vilnius, Mr. Remigijus Šimašius, to personally express the international Jewish Community’s opposition to the plan. The meetings were attended by a number of top governmental advisers and the chair of the local Jewish community, Ms. Faina Kukliansky.

Among the group members were leaders of the most famous Jewish institutions carrying on the glorious Lithuanian-Jewish tradition, such as Rabbi Malkiel Kotler, dean of Beth Medrash Govoha, a 6,500 student Yeshiva in Lakewood, NJ, and Rabbi Osher Kalmanowitz, dean of the Mir Yeshiva in Brooklyn, NY. Both are descendants of Vilnius. They were joined by the veteran European Rabbi and Halachic author Rabbi Avraham Yaffe Schlesinger, Chief Rabbi of the Orthodox Jewish community Machsike Hadass in Geneva, Switzerland; Rabbi David Niederman, representing the Central Rabbinical Congress of the USA and Canada, an umbrella group of hundreds of Jewish congregations with a total membership of over 100,000; Dr. David Michael Schaps, of the Conference of Academicians for the Preservation of Jewish Cemeteries; and Rabbi Chizki Kalmanowitz, expert of Asra Kadisha, an organization active for over half a century in preserving Jewish cemeteries worldwide.

“We had a thorough discussion with the Deputy Chancellor and Mayor and other officials, and we appreciate the time they gave to hear the outcry from the rabbinical leaders and worldwide Jewry, and their promise to review our request and respond to us. We were encouraged to hear that the plans aren’t final yet. We hope and pray that our plea to fully preserve the cemetery and cancel the current plans will be granted,” said Rabbi Niederman.

Upon their return, the delegation members will meet their counterparts in the US, Europe and Israel, and Jewish leaders and communities are determined to double down on the effort to reach out to their government and world leaders to assure the preservation and sacredness of the entire cemetery.

Vilnius was known among Jews as the “Jerusalem of Lithuania,” being the city of the most famous scholars and leaders of the Lithuanian-tradition Yeshivos and torah scholarship. At the onset of WWII, the Lithuanian Jewish population reached a quarter million. Ninety percent perished during the Holocaust, among the highest victim rates in Europe – through riots, pogroms, mass executions and deportations. 45 percent of Vilinus’ pre-war population – or close to hundred thousand – were Jewish, but today its Jewish population is merely at five percent of that. Many decedents of the once thriving Jewish communities resettled in the US and re-established famous Lithuanian Yeshivos and communities.

In addition to the rabbis of the Lithuanian communities worldwide, the plans are opposed by the Lithuanian Chief Rabbi Chaim Burshtein, as well as Jewish international organizations, such as the Simon Wiesenthal Center. They demand to fully and appropriately preserve this sacred site, a remnant of the once-glorious community destroyed in the holocaust. 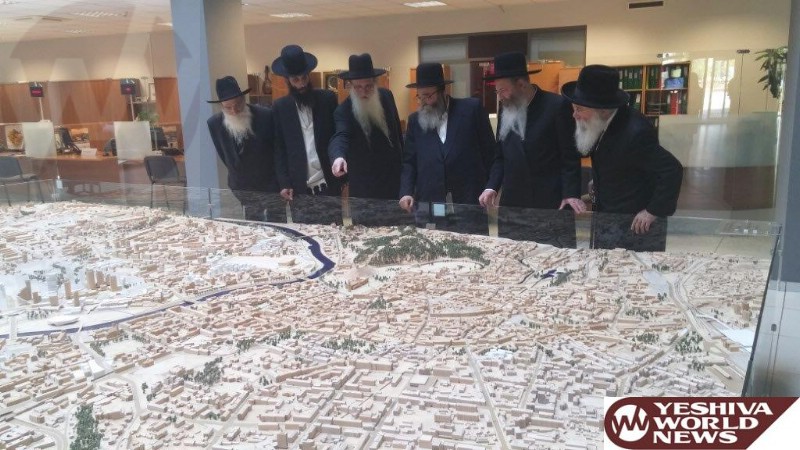 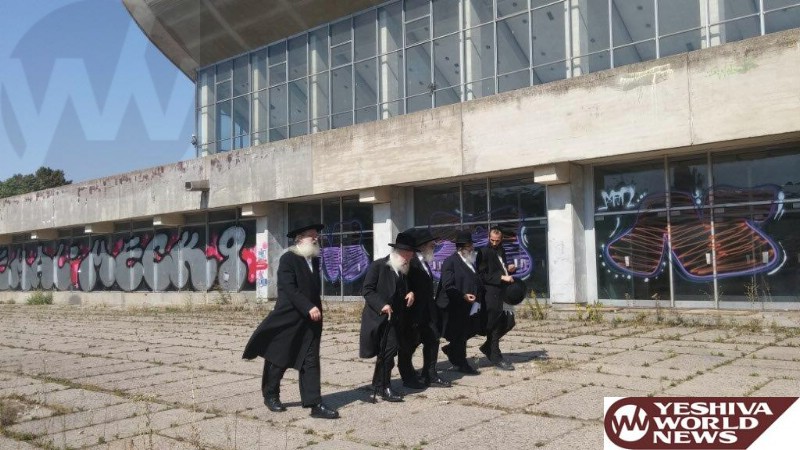 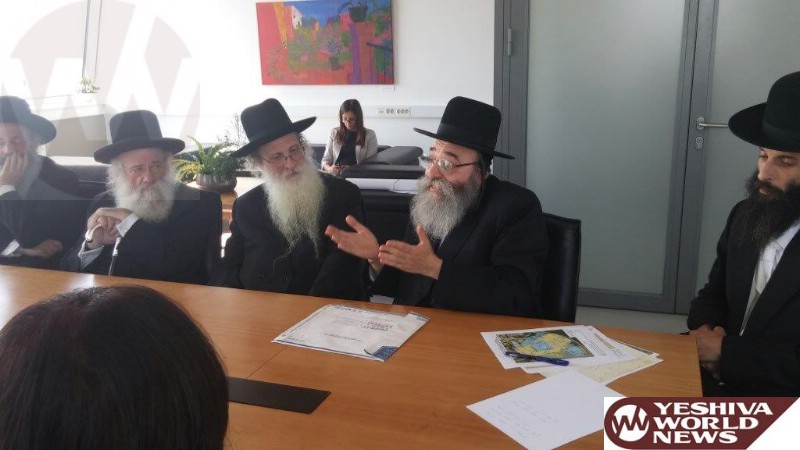 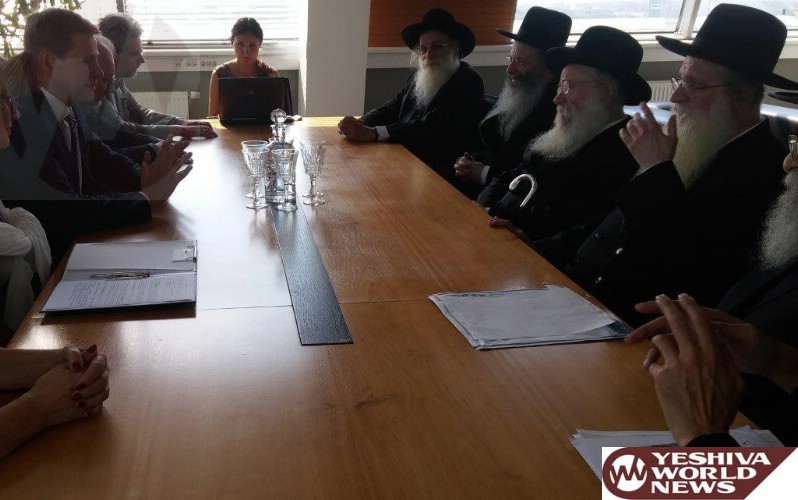 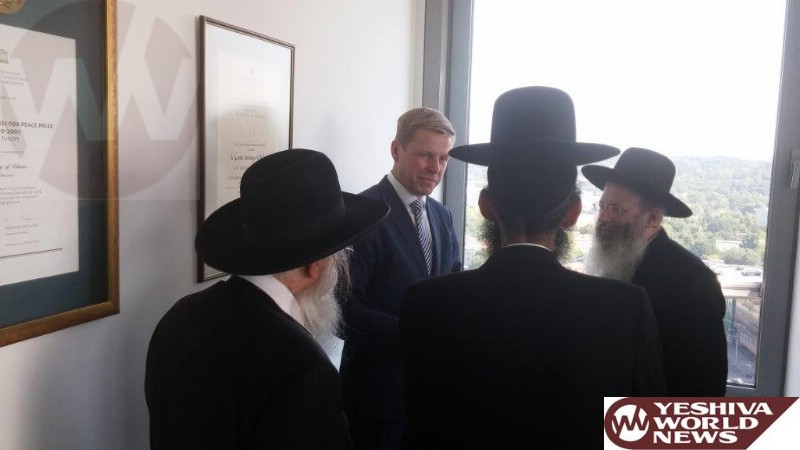 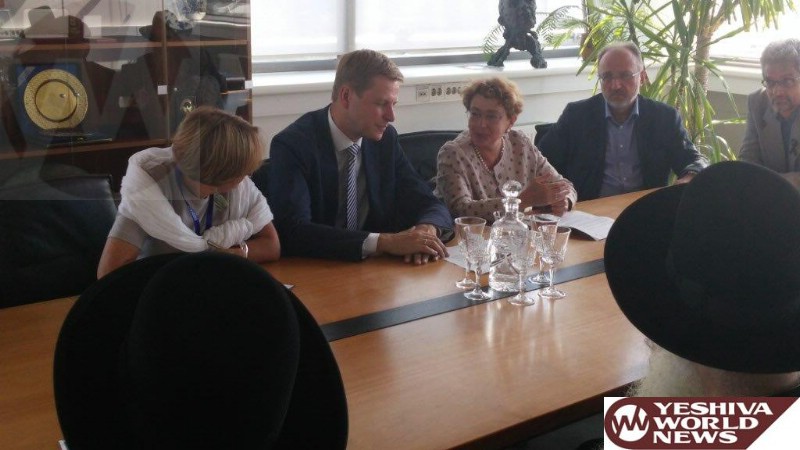