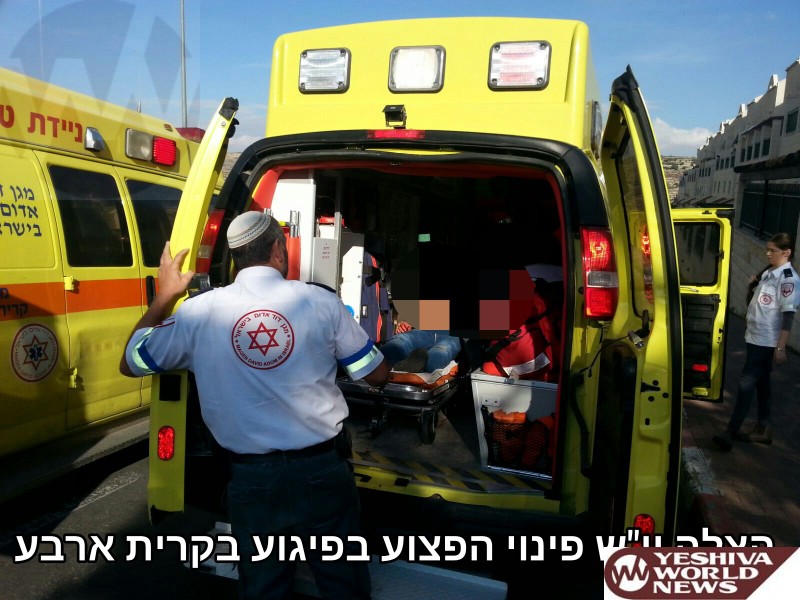 16:00: Stabbing victim being evacuated from the scene to a Jerusalem trauma center. IDF engaged in a manhunt for the terrorist.

15:59: Victim reportedly a member of security forces, in serious condition, stabbed in his back. Terrorist has fled. IDF closing down the entire area. Standard protocols being implemented.

15:51: Emergency units responding to a reported stabbing victim near the western gate of Kiryat Arba. Eyewitnesses report soldiers chambered bullets and began running in the direction of the gate.

Hatzalah Yosh reports one person in serious condition being treated. Terrorists appears to have fled.