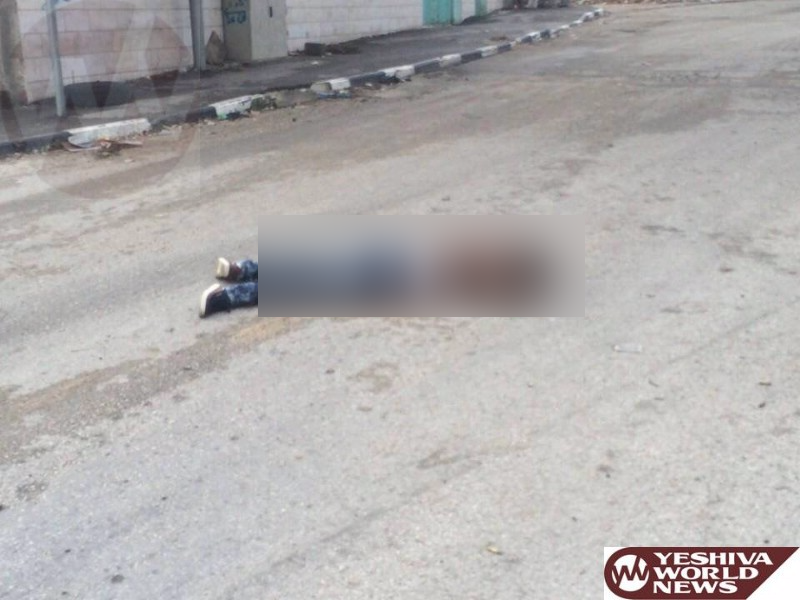 09:43: Preliminary report of a stabbing attack near Beit Anoun, north of Kiryat Araba. The victim was reportedly injured in his neck. More to follow.

09:45: The terrorist was shot. It remains unknown if he was killed or just wounded.

09:46: A soldier was wounded in his head and neck and is reported in moderate-to-serious condition. The terrorist was shot dead.

09:50: Hatzalah Yosh is confirming the terrorist has been killed.

09:56: The wounded soldier is being transported to Shaare Zedek Hospital in Jerusalem

10:03: Arab sources reporting the dead terrorist was a 16-year-old teenager.

10:18: The photo below is that of the slain terrorist.