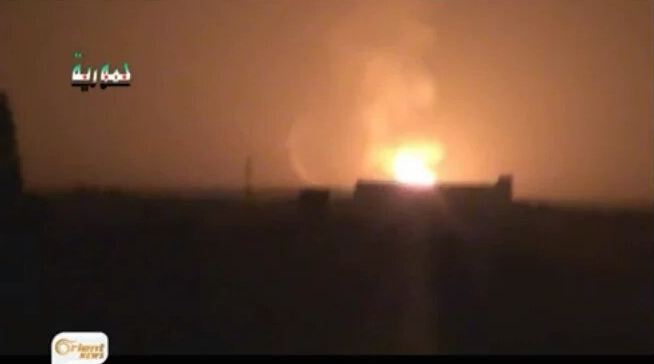 According to Syrian news reports the Israeli Air Force struck a target either at or near the Damascus Airport Wednesday evening.

Media reports stated that massive explosions were heard at the airport, followed by a power outage and the temporary grounding of aircraft.

The reports are unconfirmed at this time but according to Syrian opposition groups, the target was a weapons shipments likely intended for Lebanese terror group Hezbollah, Israeli Channel 10 said.

Defense officials declined to comment on the foreign media reports.