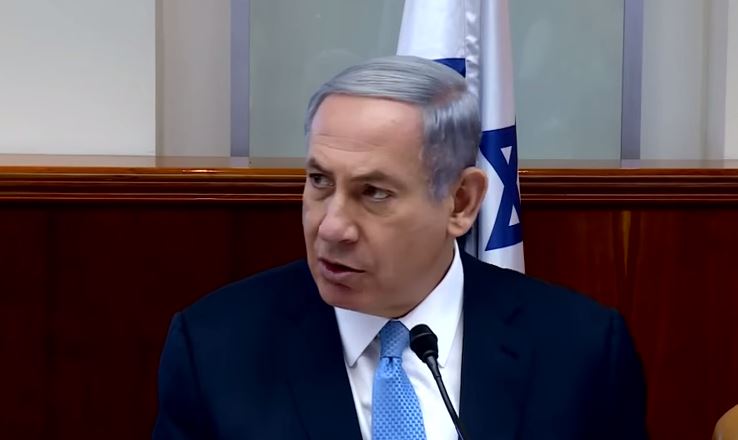 Prime Minister Binyamin Netanyahu at the start of the weekly cabinet meeting on Sunday morning 17 Kislev released a stern statement regarding ongoing Islamic terrorist attack in Israel made the following while the media was still present.

“Today is the 29th of November. Sixty-eight years ago today, on the 29th of November, the UN decided to recognize a Jewish state in the Land of Israel, a decision that advanced the establishment of the State of Israel. The next day, Jewish communities were under increasingly murderous attacks. As it was then, so it is today; we continue to fight terrorism. This terrorism has been with us for almost 100 years and we have defeated it time and again; we will defeat it this time as well.

What drives this terrorism is opposition to the existence of the State of Israel as the national state of the Jewish People within any borders. Joining this opposition is radical Islam, which is currently striking around the world: In Paris, London, Madrid, Mali – of course there are no settlements or territories, but there are here, and there as well there is basic opposition to the very existence of these entities, of free, independent and democratic societies.

We stand on our right to live in a Jewish and democratic state: A Jewish state as the national state of our people, a democratic state, a state that respects all of its citizens regardless of religion, race or sex.

I have recently heard voices from public groups in the country against our decision to outlaw the Northern Branch of the Islamic Movement. This will not change our decision one millimeter. We stand by this decision just as we stand by passing the nationality law that will clearly set out Israel’s being a Jewish and democratic state, the national state of the Jewish People. Within this framework, the discussions that we promised to hold will start this week led by coalition chairman MK Tzachi Hanegbi. We are starting to advance the legislation of the Nationality Law.

Tomorrow I am leaving to attend an international conference in Paris. I will meet there with Russian President Putin and French President Hollande as well as the leaders of Japan, Canada, Australia and Poland among others. The Greek Prime Minister was here last week and we decided on a series of areas in which to cooperate. This will continue at our meeting with the President of Cyprus next month. This week the Deputy Prime Minister of Vietnam will arrive to discuss expanding bilateral cooperation. There are many problems in the international arena. One of our problems is the schedule; there is simply a scheduling problem. Whoever spoke about the collapse of our relations with the US, with the world in general and with the Arab world in particular, is mistaken.

I would like to commend the work of the Foreign Ministry and of Foreign Ministry Director General Dore Gold, on the opening of an office in Abu Dhabi. This reflects the fact that Israel is appreciated in many fields including technology, and other fields, both within the Middle East and beyond.”