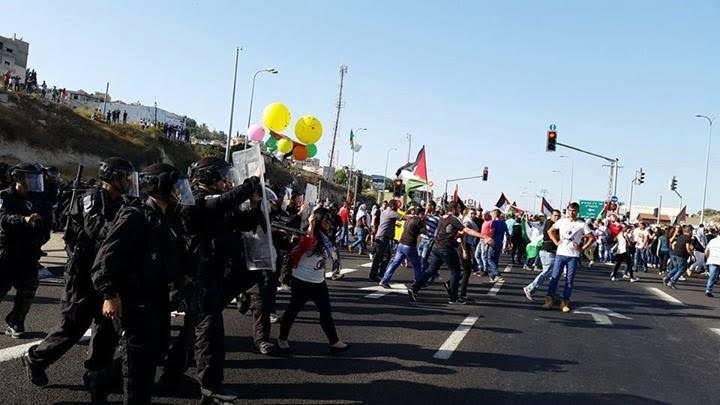 While the Security Cabinet has outlawed the Northern Branch of the Israel Islamic Association for its terror-related activities, thousands of residents of the Israeli Arab municipality of Um el-Fahm marched in support of the outlawed organization on Shabbos, 16 Kislev. They hurled stones and bottles at police.

During the event, Northern Branch Leader Sheikh Raid Salah announced the decision to outlaw his organization “is racist”. Participants in the march shouted “With blood and spirit we will redeem al-Aqsa”, with Salah adding he and his supporters will remain undeterred in face of the Security Cabinet decision and will continue their efforts to liberate al-Aqsa Mosque and end the Israeli occupation.

Taking part in the march was Arab Member of Knesset Jamal Zahalka.