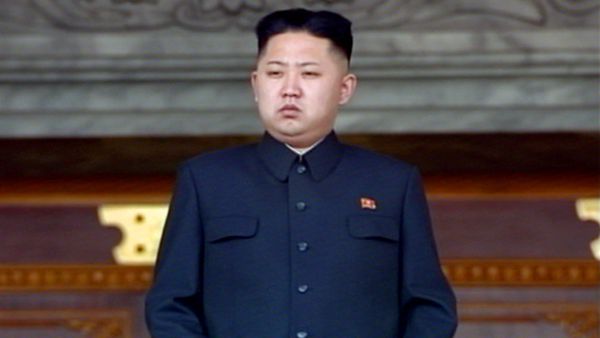 Two senior North Korean officials were executed with an anti-aircraft gun in early August on the orders of Kim Jong Un, South Korea’s JoongAng Ilbo newspaper reported, citing people it did not identify.

Ri Yong Jin, a senior official in the education ministry — possibly the minister — was arrested for dozing off during a meeting with Kim and charged with corruption before being killed, the paper said. Former Agriculture Minister Hwang Min was purged over a proposed project seen as a direct challenge to Kim’s leadership, it said.

If true, it would mark the first executions ordered by Kim from outside his party or the military, the paper said. A spokesman at South Korea’s Unification Ministry said he couldn’t immediately confirm the JoongAng report.

Kim has carried out a series of executions since taking power in 2011 after his father’s death as he puts his mark on the leadership of the isolated nuclear-armed nation. The most high profile was the killing three years ago of his uncle and one-time deputy Jang Song Thaek. He had about 50 officials executed in 2014 on charges ranging from graft to watching South Korean soap operas.

“Kim is continuing to replace the old guard of his father’s regime with loyalists,” said Robert Kelly, a political science professor at South Korea’s Pusan National University. “The charges are obviously trumped up, and this is how promotion or demotion often works in totalitarian states without legitimate venues for opposition.”

Kim had his military chief Ri Yong Gil executed in February on charges including corruption, Yonhap News reported at the time. In January last year he executed General Pyon In Son, head of operations in the army, for disagreeing with him; and in May of that year he purged his defense minister Hyon Yong Chol for dozing off at a rally.

Still, reports of purges of senior North Korean officials are not uncommon and at times have proven to be unreliable.

Earlier this month, Seoul announced that a senior North Korean diplomat based in the U.K. had defected to South Korea. The man was among seven diplomats who have defected this year, according to JoongAng Ilbo.

South Korean President Park Geun-hye said on Monday the defections signal a “serious fracture” within the North Korean regime and raise the prospects of fresh provocations as Kim seeks to maintain control. Her comments came as South Korea and the U.S. hold annual military drills that North Korea calls a prelude to an invasion.

Even so, Kelly at Pusan University said that the isolated state is probably more stable than many people think or want it to be.

“I don’t think there has been a fracture,” he said. “So long as China keeps the goodies flowing into Pyongyang, which is like a city-state in an ocean of deprivation, the elites won’t turn on each other.”