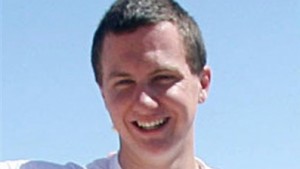 Authorities said they are not convinced one person was behind a shooting rampage at a town hall-style event Saturday in Tucson, Ariz., that left six dead, including a federal judge, and critically wounded Rep. Gabrielle Giffords, who police said was the target of the attack.

Sheriff Clarence Dupnik, from the Pima County Sheriff’s Department, said in a statement that a second person was seen at the location of the shooting, and was possibly associated with the suspect in custody. The person was described as a Caucasian male with dark hair, approximately 40-50 years old, who was last seen wearing blue jeans and a dark blue jacket.

Details remain murky. However, the shooting occurred in a shopping center with chain stores, so video cameras were likely in the vicinity and authorities may have more footage to help them with the investigation.

The gunman, who sources identify to Fox News as 22-year-old Jared Loughner, is in police custody, though the motive in the shooting remains unclear. He has a court appearance via a video conference call scheduled for Sunday. Dupnik described the shooter as ‘unstable’ with a troubled past.

Although Loughner is reportedly not talking with police, the investigation continues and some elements are becoming clearer.

“I don’t have information about whether she was the first person shot,” said Dupnik. “But yes, I believe she (Giffords) was the target.”

Federal authorities have located the store where Loughner legally purchased his gun, which was described as a pistol equipped with an extended magazine. Investigators reportedly found unspent bullets inside the gun at the scene.

Giffords, known as a fiscally conservative Democrat and gun rights advocate, underwent surgery at the University of Arizona Medical Center. Dr. Peter Rhee, a surgeon and chief of the trauma, critical care and emergency surgery, said he was “very optimistic” about the congresswoman’s recovery.

Federal District Judge John M. Roll, a friend of the congresswoman, was among the dead that also included a 9-year-old girl and at least one of Giffords’ aides. There were more than a dozen others wounded.

At least 19 people, including three members of Giffords’ staff, were shot at the “Congress on Your Corner” event, held at a Safeway grocery store. Several of the wounded are in critical condition at the university hospital.

State Sen. Linda Lopez, a close friend of Giffords’, told Fox News that the three-term congresswoman was shot in the temple and the bullet exited through her forehead. Lopez said Giffords was responding to commands.

Fox News confirmed that Loughner was taken into custody as the alleged shooter. Authorities said they believed Loughner had sent out a video saying that he expected Saturday to be his last day and had written on his MySpace page several “final thoughts” that included rants on illiteracy and the failure of U.S. currency to be backed by gold.

According to the law enforcement official, the suspect began shouting something before shooting wildly with his gun. Shots then rang out from the crowd —  a security agent or someone else fired at the suspect, who survived.

Giffords, 40, has held multiple “Congress on Your Corner” events over the past four years, an aide told Fox News, adding that she had held three events at this venue.

In November, Giffords was re-elected to her third term as representative of Arizona’s 8th Congressional District, winning a tight race against a Tea Party-backed candidate. She was one of 19 Democrats who voted against House Democratic Leader Nancy Pelosi for speaker this week.

Giffords, a gun rights advocate, was first elected to Congress in 2006, when she rode a wave of Democratic victories. However, she separated herself from most in her caucus when she criticized President Obama last summer for not sending more National Guard members to the U.S.-Mexico border.

Giffords, whose safety had been threatened in the past, was a member of the Arizona House and Senate before coming to Washington. She is married to astronaut Mark Kelly. Sen. Bill  Nelson, R-Fla., said Kelly is training to be the commander of the next space shuttle mission, slated for April, and her brother-in-law is currently serving aboard the International Space Station.

Bipartisan expressions of support poured out for Giffords in the hours after the shooting, with Rep. Michele Bachmann, R-Minn., issuing a statement saying her “tears are flowing” for Giffords and Rep. Raul Grijalva, D-Ariz., saying he was “sickened by the horrific attack.”

Obama issued a statement, calling it “an unspeakable tragedy.” He ordered FBI Director Robert Mueller to Arizona to lead the investigation.

“I’ve spoken to Arizona Gov. Jan Brewer and have offered her the full resources of the government,” Obama said in live remarks to the nation. “It is a tragedy for Arizona and a tragedy for our entire country. What Americans do at a time of tragedy is to come together and support each other. …We are going to get to the bottom of this and we are going to get through this.”

Brewer said law enforcement and government at all levels have a “shared determination to ensure justice is fully served.”

“I am just heartbroken,” Brewer said. “Gabby is more than just a colleague, she is a friend. She has always been a noble public servant … It’s an unbelievable tragedy that the people of Arizona experienced today, one of which, of course, in our worst nightmares we never would have imagined.”

She added that such violence is not condoned by most Arizonans. As is the case elsewhere, “We have disturbed people in our community that do terrible, violent things.”

A spokeswoman for the U.S. Capitol Police said the agency “remains at a high level of readiness, consistent with our operating condition on U.S. Capitol Grounds. We continue to maintain a robust presence.”