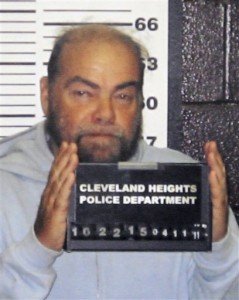 A transient suspected of setting off a large explosive device outside a Westside synagogue pleaded not guilty Monday in Los Angeles federal court to multiple felony charges in connection with the incident.

If convicted of all charges, Hirsch could face up to 70 years in federal prison.

Hirsch is believed responsible for the April 7 blast that sent a 300-pound metal pipe encased in concrete crashing through the roof of a home next to the Santa Monica Chabad House on 17th Street near Broadway.

No one was injured but the debris crashed through the bedroom ceiling where a 12-year-old girl was sleeping, according to a federal court affidavit.

Authorities at first said no foul play was involved in the blast but later determined explosives had been used.

A federal search warrant said Hirsch purchased three 11-pound bags of a “demolition agent” on April 1 in Clovis. The package was sent to Hirsch at a Santa Monica address, a link that was established by a receipt found at the scene, officials said.

SEE THIS: Chareidim Dress Like Armed Arabs During Chasunah Dancing