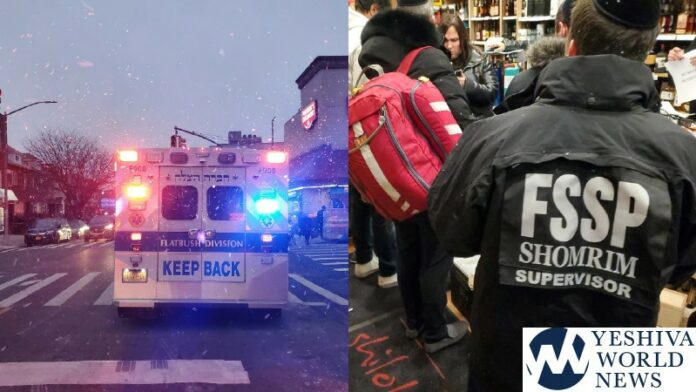 The “Schnapps” liquor store on Avenue M and East 4th Street was robbed on Sunday night, just hours after a woman had her pocketbook stolen on the same street.

Sources tell YWN that two men entered the store at around 7:00PM, and began talking to the owner. One of them punched the owner in the face, both grabbed a few bottle s of booze, and fled the store.

Flatbush Shomrim was on the scene in seconds and began canvassing for the suspects.

Earlier on Sunday, a Jewish woman had her purse and cell phone stolen on Avenue M and East 19. In this incident, a passerby, the suspect was punched in the face (broken nose) and the stolen property returned.

The Flatbush Scoop reports that the suspect is a well-known troublemaker who lives in the neighborhood. Police found drugs and a BB gun in his possession as well. Flatbush Shomrim and Hatzolah are both on the scene.

With crime soaring in the neighborhood, Flatbush Shomrim is having their first ever fundraiser. They have recently purchased 4 marked vehicles, and have hired off-duty NYPD officers to patrol over Shabbos to ensure 24/7 coverage. Please help them help you! CLICK HERE TO DONATE!