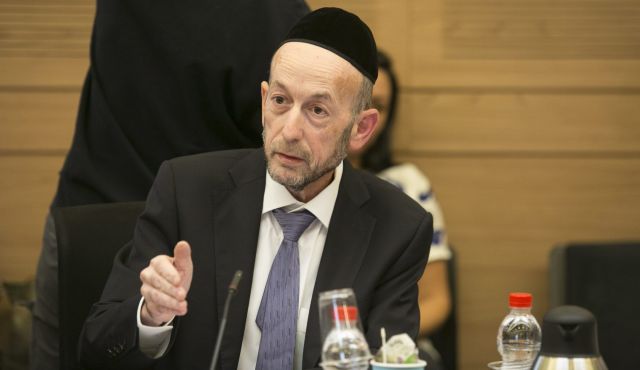 The Knesset Economics Committee met on Monday, 29 Iyar, to address ongoing work on the express train from Jerusalem to Tel Aviv on Shabbosos. Committee Chair MK (Machane Tzioni) Eitan Cable expressed harsh criticism over the management of the project, as well as against Transportation Minister Yisrael Katz, citing the project does not adhere to schedules but suffers from chronic delays. He feels this is a nationwide issue, that projects do not adhere to schedules and deadlines.

MK (Yahadut Hatorah) Uri Maklev explained the major issues surround the railway’s lack of compliance with security and safety issues as set forth by police and fire officials regarding the early stages of the project. Now he laments, they are trying to make all the corrections at the expense of Shabbos R”L. Maklev calls on officials to address the issues, but not on Shabbos, explaining there have been so many delays, the project can and must be completed, but not by trampling on Shabbos. He spoke of the insult to Shabbos, and the fact that if all delays in the nation were due to not working on Shabbos, “the nation would tremble”. However, he pointed out this is not the case and there is no justification for the chilul Shabbos taking place today.

MK (Kulanu) Rachel Azariya questioned the ongoing delays and the fact, in all likelihood, in a few months new reasons for delays will be announced. She blames a lack of planning for the chronic delays which prevent the completion.

CEO of the project, Shachar Ayalon, explains the increase in riders in Israel is 8-10% annually, as compared to 2% in Europe. He adds, “That which was completed in Israel in 8-10 years, would take 40-50 years in Europe.