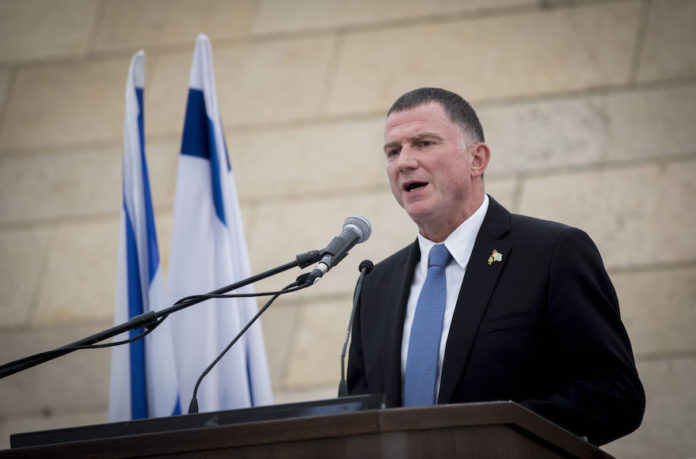 The left-wing movement “Our Way” (former V15), which produced the memorial assembly for the assassination of Prime Minister Yitzhak Rabin, invited Knesset Speaker Yuli Edelstein to speak at the 23rd rally in Rabin Square in Tel Aviv. However, the speaker refused after discovering that “certain elements plan to paint the rally in bright political colors”.

In the letter Speaker Edelstein sent to the event organizers and Chairman Kobi Richter, he writes, “I thought that about half a century after the despicable murder we could overcome the political biases and convene a single memorial day, in which we will support together the founding values of Israeli society: partnership of fate and destiny, mutual responsibility and adherence to the path of peace even in times of dispute. Unfortunately, it seems that the time is not yet ripe for this.”

According to the organizers, this year the rally will focus on “warning against the growing atmosphere of division, incitement and flames ahead of the coming elections, and calling on elected officials from all corners of the political spectrum to maintain a clean discourse.”

But Edelstein added: “When I realized that this year too certain elements were planning to paint the rally in bright political colors, I decided not to take part in it.”

In his words, “I will deliver my words of national remembrance in the Knesset plenum, at the ceremony we hold every year.” 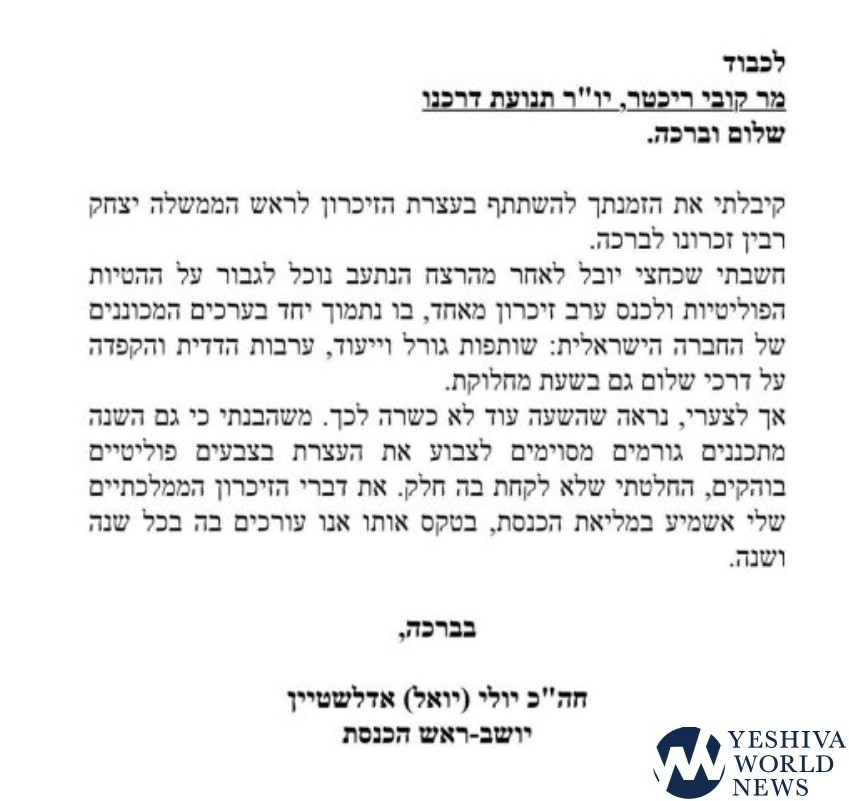