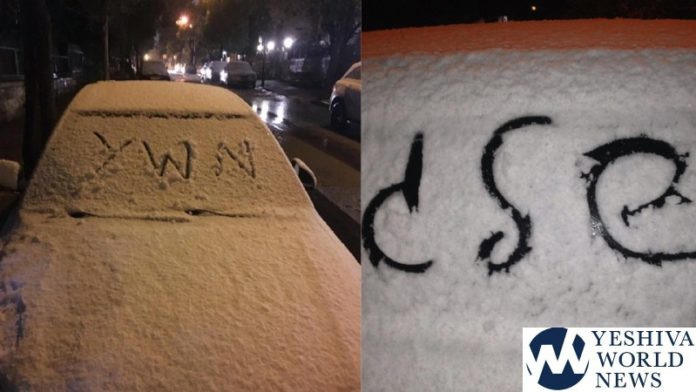 Wednesday evening saw the coldest storm this winter hit Israel. The storm brought with it lots of rain, and in the Central Hills surrounding Jerusalem as well as in the north of the country, snow.

Gush Etzion, an area located just south of Jerusalem, lies quite a bit higher than the capital city. Due to the snow that fell Wednesday night, the police and IDF closed all highways in and out of the region starting in the north at Jerusalem and continuing past Hebron to the south. Highways 60, 375, 367, and 35 were all closed to traffic in both directions. Emergency 4×4 vehicles are the only ones being allowed to drive on the roads, and even those are only driving if there is an absolute need.

In The Hebron region, snow has covered most of the area. This is the first time snow has accumulated in the Hebron area since 2016.

Regional councils of Gush Etzion, Efrat, and Har Hebron have been preparing for the storm for a few days and emergency crews are on alert throughout the region to assist residents with any issues they have. Currently, no announcement has been regarding whether or not schools will be open throughout the region on Thursday.

Jerusalem also received snowfall and emergency services are operating to ensure the safety of all residents in the city. As of 10:00 p.m. Israel time, no major crises have been reported.

The storm also brought with it strong winds and low visibility which have caused the airport in Eilat and Uvda to close operations. Flights are being grounded and two flights from Ben Gurion returned to their place of embarkment. An international flight operated by Wizz Air was rerouted to Ben Gurion airport. The airlines are taking care of the passengers affected by the closure.

At MDA and United Hatzalah, the emergency medical organizations report that they stand ready, in Jerusalem and northern areas where snow is expected. This includes MDA placing chains on its ambulances and reading the 4 X 4 fleet, as well as preparing to reorganize shifts to emergency mode and call in additional workers and volunteers.

United Hatzalah reports, “The organization’s teams in the areas that are expecting snow, including the Hermon, Golan and Galil, Betar Illit and Gush Etzion as well as Jerusalem, have prepared its teams in these areas to be able to continue their emergency response work should snowfall and roads begin to close”.

Vice President of Transportation Ze’ev Sofer and Vice President of Operations Dov Maisel relayed: “The volunteers in our 4×4 Unit together with volunteers from Tofa’at Teva, are at the ready and will be dispatched by a specially designed mobile app based on the volunteer’s location and availability, and will dispatch them to an emergency based on what vehicle they have at their disposal. These emergencies can include cars that are stuck on the roads, people trapped inside vehicles or elevators, or any other medical emergency that regular responders cannot get to due to the elements.”

Police and other security agency have made the necessary arrangements, and the light rail operator, CityPass, announced it is ready to maintain operations, even if the snow accumulates. CityPass calls on drivers not to abandon vehicles near the tracks, which result in additional snow accumulations. The city has assigned a tow truck to remove vehicles from the light rail’s route.

The Ministry of Health has called on Israeli to protect the “most vulnerable” from extreme temperatures, including babies, the elderly and of course, the homeless. 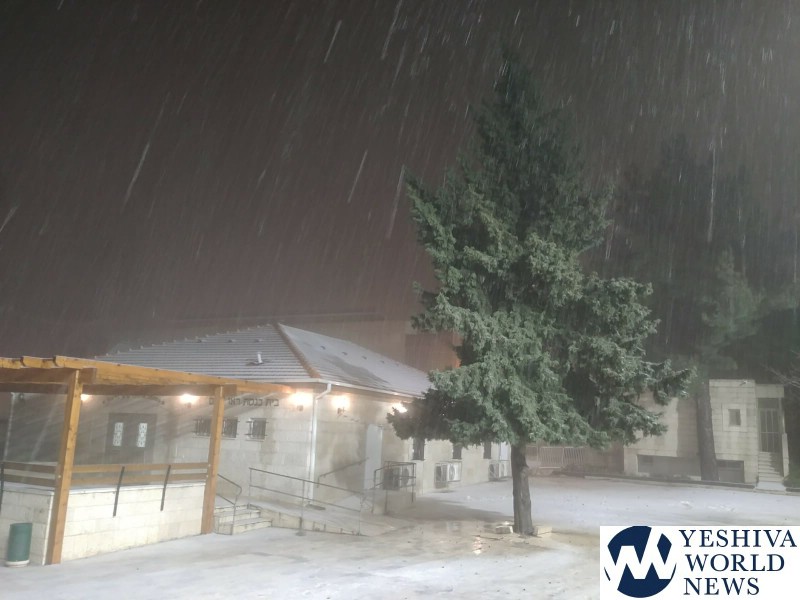 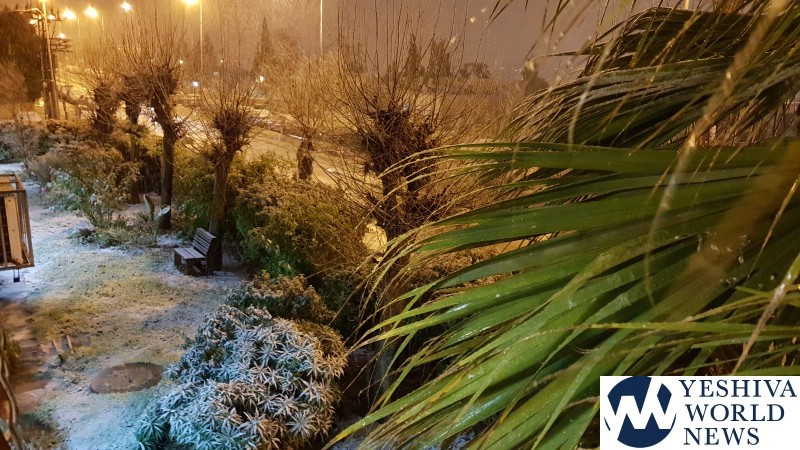 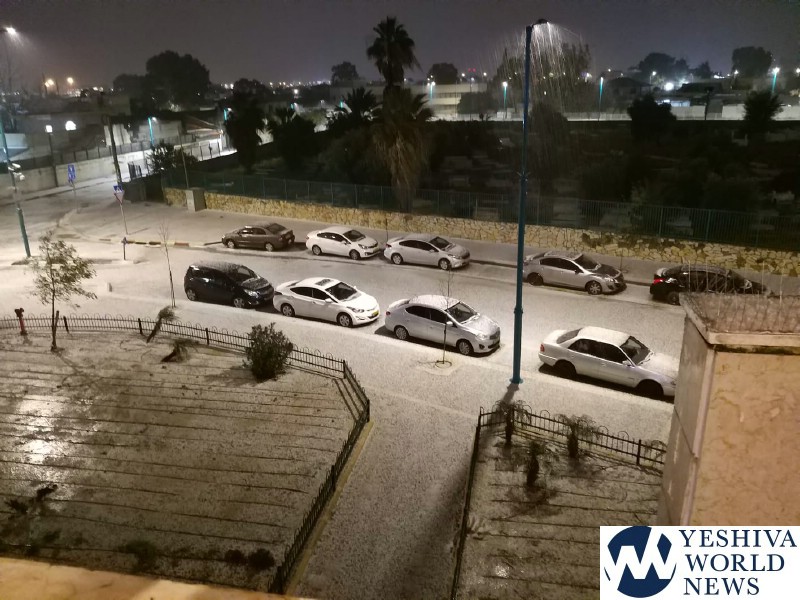 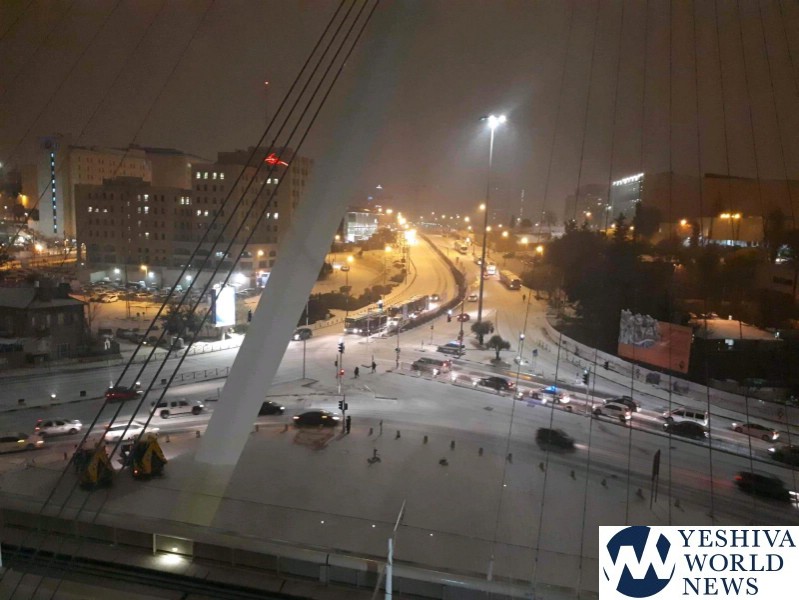 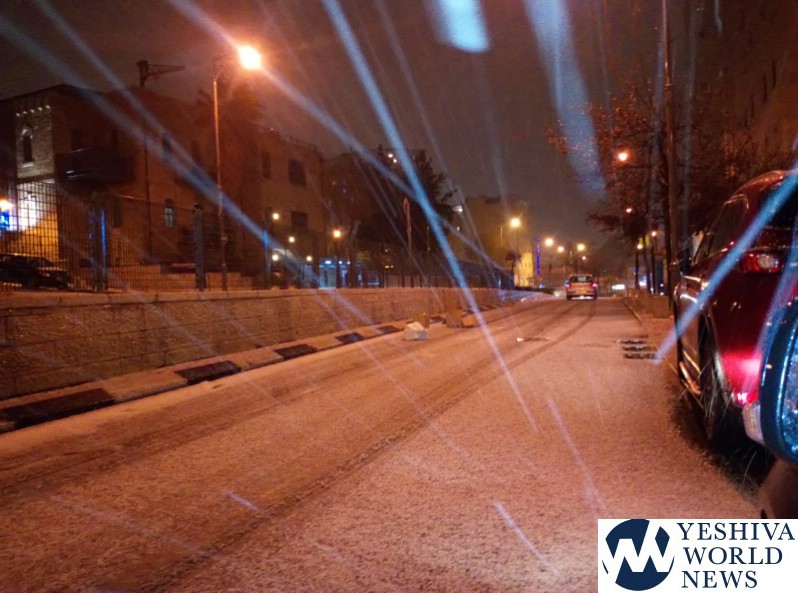 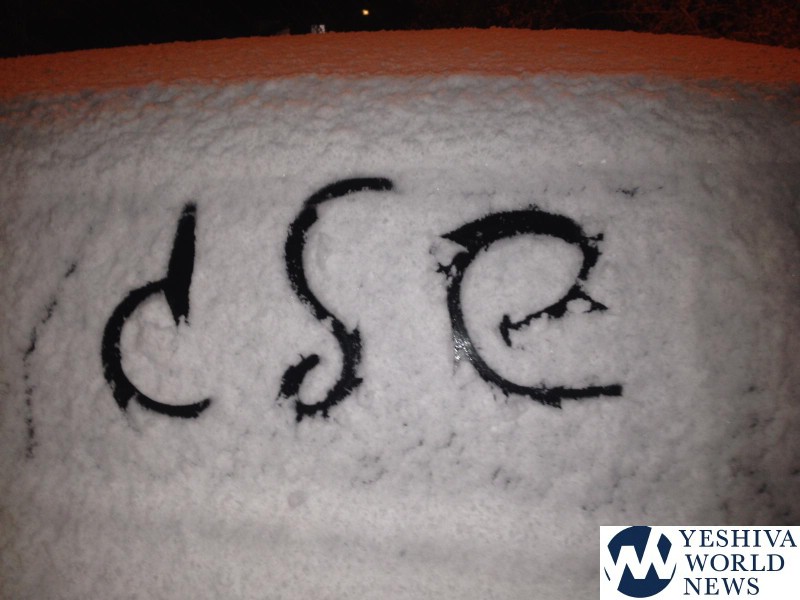 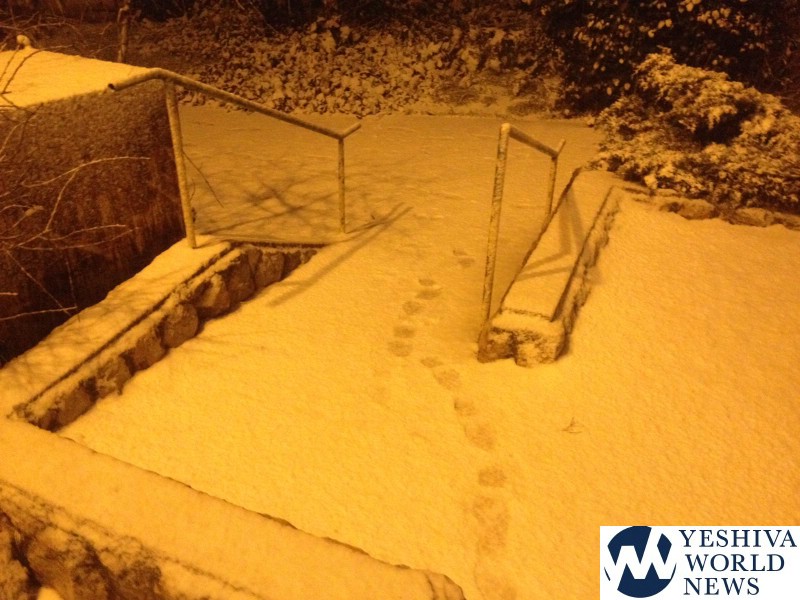 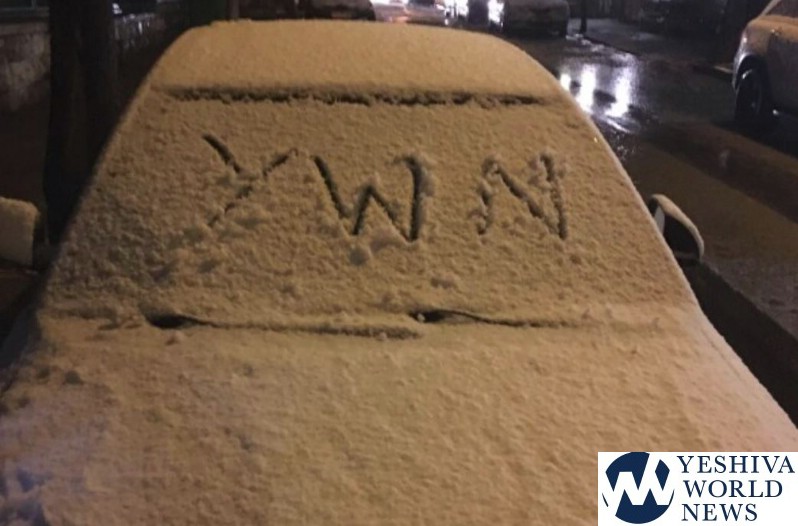 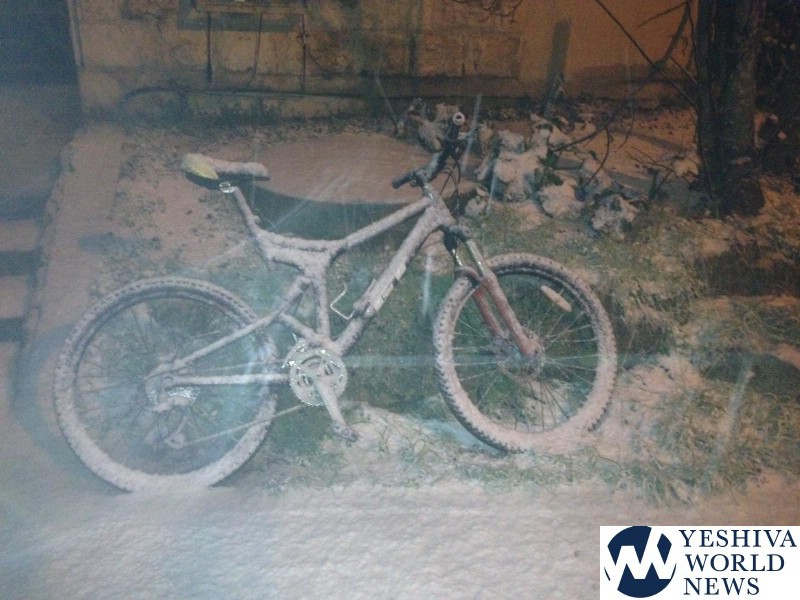