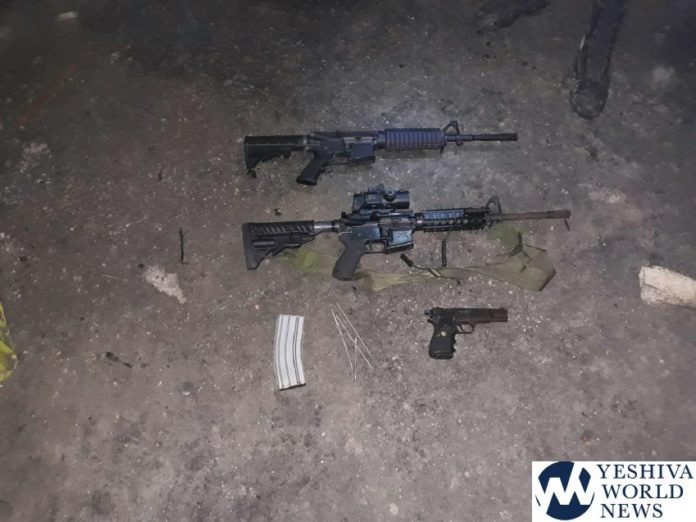 IDF soldiers, ISA (Israel Security Agency/Shin Bet) agents, border police and regular police participated in counter-terrorism operations throughout Yehuda and Shomron on the night between Monday and Tuesday, February 18th to 19th, leading to the arrests of 22 PA (Palestinian Authority) residents suspected of acts of terror and/or participation in violence and violent protests against security forces.

The search for weapons during the operations yielded two M-16 rifles and two handguns, in Hebron and the village of Salim in Shomron respectively.

The suspects arrested were turned over to ISA custody for questioning.