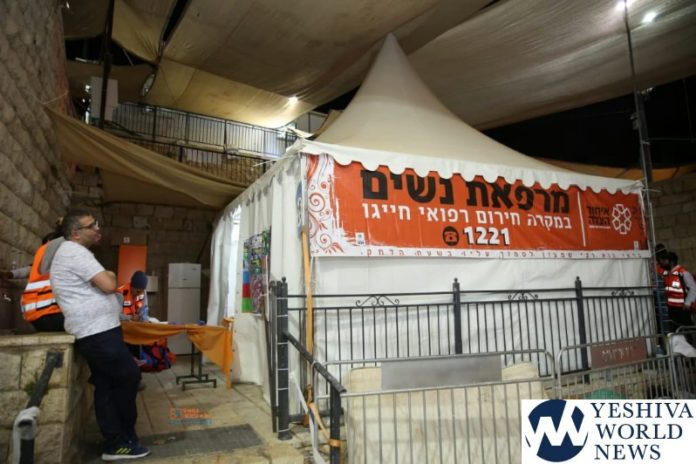 On Wednesday evening, President and Founder of United Hatzalah Eli Beer addressed the rumors, spread earlier in the day on various social media platforms, regarding a measles outbreak at the organization’s clinic in Meron. The outbreak, which the Ministry of Health denied reporting, was spread across various social media and mainstream media platforms, and according to the Health Ministry, was a complete fabrication and an illegal act.

Beer told YWN: “After receiving conflicting reports on social media regarding a measles outbreak at our clinic in Meron, our Dispatchers together with our Medical Division and the teams in the field investigated the rumors and found that no such outbreak or scare occurred in the United Hatzalah clinic in Meron.”

“We contacted the Health Ministry, who supposedly issued the statement and they said that no such statement had been issued by the Ministry. They then sent out a statement clearly stating that the claims of a measles outbreak were fabricated and that it is against the law to make such statements. in a public forum,” Beer added.

“It appears that whoever started these rumors wanted to harm the work of United Hatzalah and scare people who were celebrating at Meron into not coming to our clinic for much needed medical attention. The people they hurt the most are those who need help in Meron itself. This is appalling and I cannot fathom someone spreading fear to prevent a person in need of medical attention from going to receive help. This is fake news at its worst,” Beer concluded.

The Health Ministry issued a statement, which was picked up by numerous news agencies in Israel and posted to Twitter said the following:

“In the past few hours, false reports that were publicized on social media channels, regarding an outbreak of Measles amid the celebrations at Meron, reached the offices of the Health Ministry. The Ministry wishes to clarify that it is the only entity qualified to issue any statement regarding the spread of and exposure to Measles. Those who publicized this fraudulent and deceitful information has broken the law.”

Earlier in the day, the fake news had reached major news websites including some Charedi websites and was published erroneously. The statement from the Health Ministry was aimed at correcting the misinformation on such an important matter.