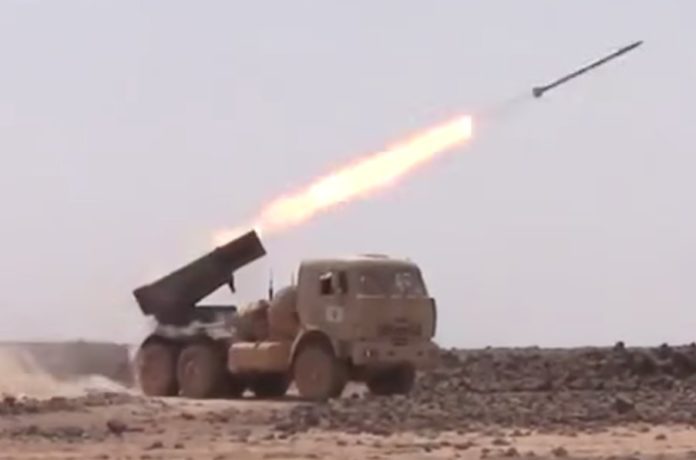 Following reports of strikes on pro-Iranian militia bases near the Syrian-Iraqi border, the IDF stated on Monday that Iranian-backed Shi’ite militias attempted to fire Grad rockets into Israeli territory from Syria in the early hours of Monday morning.

The rockets, fired from a Shiite base commanded by the Iranian Islamic Revolutionary Guards Quds Force near the Syrian capital of Damascus, fell short of crossing the border into Israeli territory, landing about two miles inside Syria.

The IDF statement said that it “holds the Syrian regime responsible for events taking place in Syria.”

The IDF Arabic spokesperson wrote a tweet warning that Syrian President Bashar al-Assad would “pay a heavy price” for allowing his country to serve as a base for Iran and its proxies to attack Israel.

A number of rockets were fired from #Syria toward #Israel overnight, all failing to hit Israeli territory.

The rockets were launched by Shiite militias operating under the command of the Iranian Quds Force.

We hold the Syrian regime responsible for events taking place in Syria.

“We warn Bashar al-Assad’s regime that it will pay a heavy price for allowing the Iranians and Shiite militias to act from within its territory, turning a blind eye and even collaborating with them,” the tweet warned. “This is not hidden from us.”