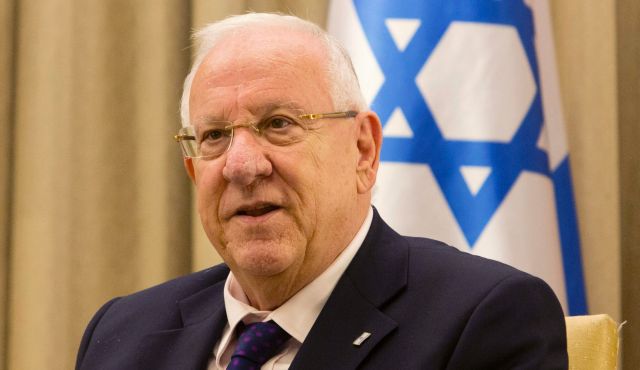 The heads of Yahadut Hatorah, MK Moshe Gafne, and Deputy Minister Yaakov Litzman, recommended that Prime Minister Binyamin Netanyahu receive the presidential mandate to form a coalition government during their meeting at the President’s Residence. The two used the opportunity to speak out against the ongoing incitement against the chareidim tzibur, and president Rivlin joined them in their condemnation.

While the official purpose of the meeting was to have party representatives recommend a candidate to receive the presidential mandate, Gafne & Litzman decided to use the opportunity to address the increasing incitement against the entire chareidi tzibur. The president agreed, calling it “serious incitement” which was a part of the election campaign of a number of parties.

The two arrived at the President’s Residence on Monday morning alone, representing both factions of the party, and they recommended that the mandate be given to Prime Minister Binyamin Netanyahu as they said they would.

Litzman began, explaining that for two years, during the government coalition that included Yesh Atid and Bayit Yehudi, the chareidi suffered significant blows as a result of the policies implemented. After the following election, with the chareidim back in the coalition, “We corrected most of the gezeiros of the previous government” Litzman explained to the president. Litzman explained the need to show their appreciation to PM Netanyahu for his cooperation during that administration.

He added, “I can only imagine how the president would have responded if the incitement was against the Ethiopian or Druze communities for example. We would have heard a loud public outcry. But to announce a government without chareidim appears to be okay. They incited against us every way possible [during the election campaign] and it passed all acceptable boundaries”.

Gafne followed, explaining they stand by Netanyahu. He also spoke of the unacceptable incitement against the chareidim during the election campaign.