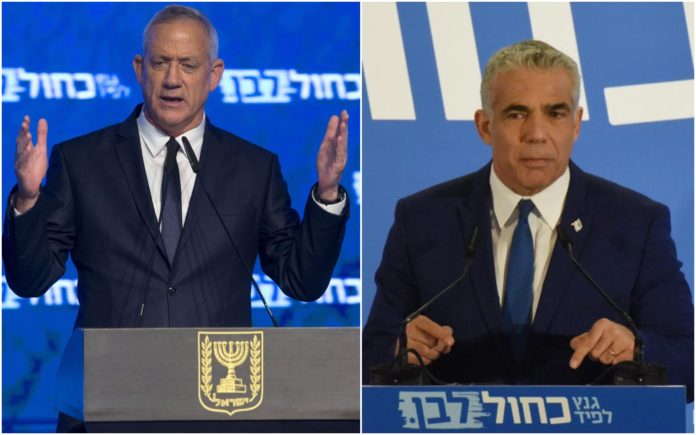 Contacts between the Blue & White party and Likud continue, and some of the details were released by Channel12 News correspondent Amit Segal. The matters being discussed pertain to religion and state. “Yair Lapid’s spirit controls the requirements, making it difficult for the chareidim to enter a unity coalition bloc”, Segal reported.

It also states Likud offered Blue & White that it would serve as rotation prime minister first, but for a shorter time period. When Likud representatives are involved in negotiations, they say that Gantz does not rule out sitting with a Netanyahu-led rotation arrangement.

Among Blue & White’s demands as per those involved in the talks are; Shabbos public transportation, civil marriages and approval of the draft law, the version approved by the defense minister, the one rejected by the chareidi parties in the last Knesset, KAN 11 & 13 News reported.

Gantz wrote that “Blue & White comes to negotiations with an open heart and soul”.