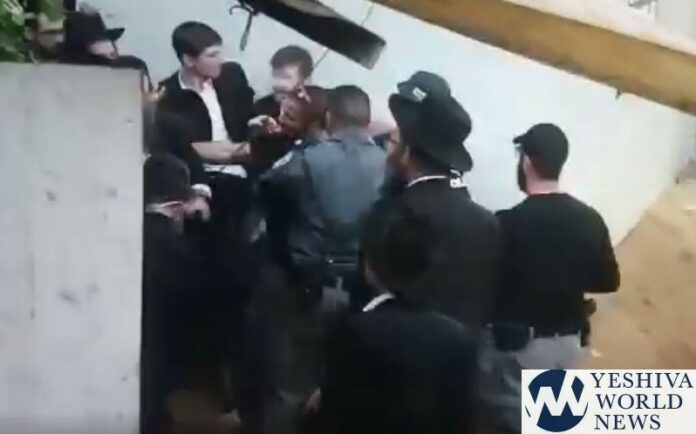 A 17-year-old chareidi youth who was manhandled by police is going to receive NIS 17,000 in compensation from the department after attorney Itamar Ben-Gvir took the department to court, charging police with unjustifiable physical force and abuse as seen in the accompanying video.

The Jerusalem Magistrate’s Court announced its ruling in the case of in which Ben-Gvir represents the youth, who was pushed and shoved repeatedly without justification by police, and then choked, during a protest in Bnei Brak.

On November 20, 2017, there was a chareidi protest in Bnei Brak and police approached the youth who was standing near the event and began shoving him between one another. As seen in the video, which was aired in court, the youth was unnecessarily roughed up and physically manhandled by police.

The lawsuit was filed against police by Ben-Gvir and the court awarded him NIS 17,000.