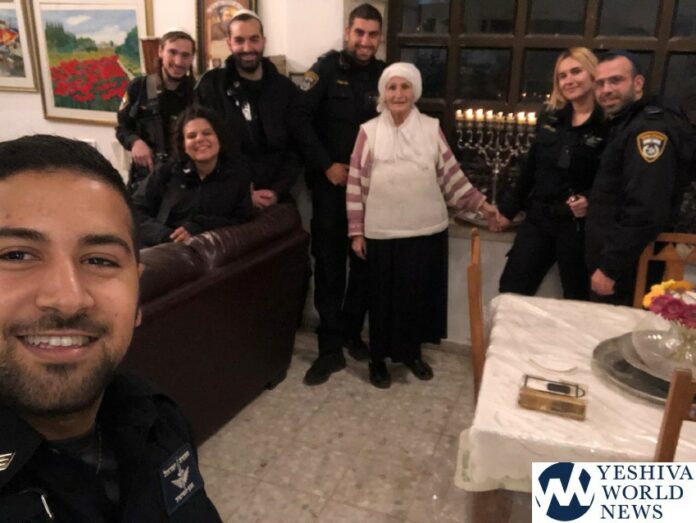 The police dispatcher on Sunday night, ‘Zos Chanukah’, received a call from an elderly female in the Jerusalem district who feared her home was flooded. She ended up lighting the menorah with police together.

The woman is a resident of Mevasseret Tzion, and according to her report to the emergency dispatcher, her roof was flooded, as was her home. Police arrived on the scene and dealt with the problem, preventing the home from being flooded.

When police were done, they asked the elderly woman who is she lighting the menorah with, to which she responded, she lives alone and celebrated each night of Chanukah alone.

The police did not hesitate, and they waited and lit the menorah with her, permitting her to spend the last night of Chanukah with others, and not alone.

“I was thrilled when I saw her eyes fill with tears. This is the most important and exciting candle lighting I ever had,” said both policemen who responded to the scene. 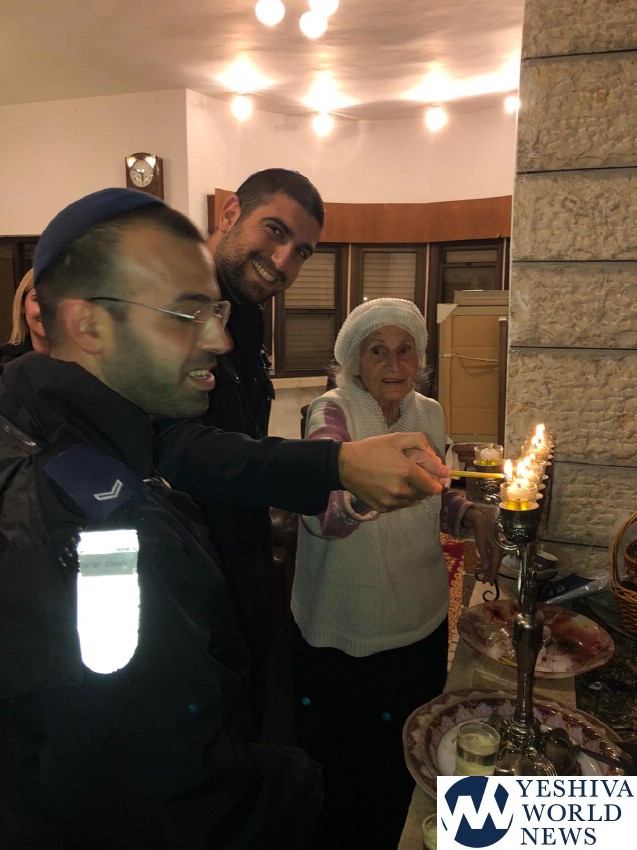