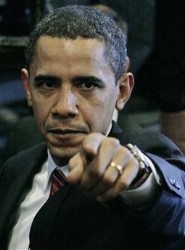 Defense Minister Ehud Barak is remaining firm, preventing goods from being brought into Hamas-controlled Gaza in defiance of White House policy statements. US President Barak Obama wants the Israeli-imposed embargo on Gaza lifted, but Barak and the current administration is not ready to comply at present, linking the embargo to Hamas’ refusal to release Gilad Shalit and security issues.

Following the American president’s meeting with PA Chairman Mahmoud Abbas (Abu Mazen), the White House has increased pressure on Israel to lift the embargo along with other steps in line with supporting PA demands against Israel, including a total and unconditional cessation of construction in all “settlements” which includes areas of Yerushalayim in addition to Yehuda and Shomron.

As with America’s unyielding demand that Israel openly accept the two-state solution plan, Jerusalem is not lifting the Gaza embargo. Such a move would significantly compromise Israeli interests, including efforts to release Gilad Shalit. The prime minister, defense minister and foreign minister have however agreed to relax restrictions but for now, the embargo remains in place.

According to the daily Yisrael HaYom, Barak also refuses to provide America with a list of items that are not permitted into Gaza, a move that may increase difficulties for Barak during his upcoming Washington visit.

Adding to the change in White House policy towards Israel, the Sunday Times and other sources indicate that in his Cairo address, Obama plans to set a two-year limit during which a comprehensive peace must be signed, and he will add that he plans to address the difficult issues immediately.