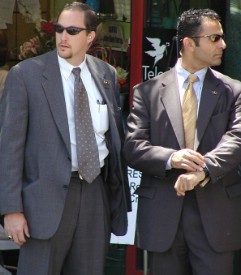 The Israeli ICTS security firm is indeed being held accountable for the successful attempt to blow up an Airbus 330 heading for Detroit in late December 2009 as was reported by YWN-Israel. The explosion that occurred on Northwest flight 253 has resulted in world attention and renewed fears following 9/11 and other global jihad fears.

Reports have already highlighted the blunders on the part of the American intelligence community, but it appears officials at Schiphol Airport are unwilling to let the Israeli security firm off the hook, since the agents operating on the pre-flight check in should indeed have suspected bomber Umar Farouk Abdulmutallab.

The company, as was reported, provides security in a number of European airports, employing security personnel in 22 countries.