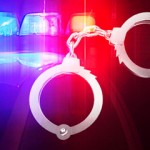 Security officials on Tuesday night made two additional arrests, students attending the Dorshei Yichudayich Yeshiva in Yishuv Yitzhar following a large raid during the predawn hours earlier in the week, in which suspects were also arrested in a second yeshiva in the community, Ohd Yosef Chai Yeshiva. Police on Tuesday night arrested two minors, suspected of having a hand in the arson attack in December against a mosque in the PA village of Yusuf. The suspects are being questioned by ISA (Israel Security Agency – Shin Bet) agents.

A hearing involving other suspects was held in the Petach Tikvah Magistrate’s Court earlier in the week, at which time police revealed to the court the steps taken in the clandestine investigation and the methods used in the questioning of the suspects, including the decision to prevent the others from speaking with the chief suspect, 20-year-old Eliran Elgali, a student at Ohd Yosef Chai. The state told the court it is believed the arson attack was nationalistically motivated.

Defense attorney Adi Keidar reports the defendants deny the charges against them. He cited the unacceptable methods being used by Shin Bet agents in an effort to extract admissions of guilt, as well as deplorable detention conditions. Keidar pointed out to the court the four are being treated like terrorists when in essence, none have a police record.