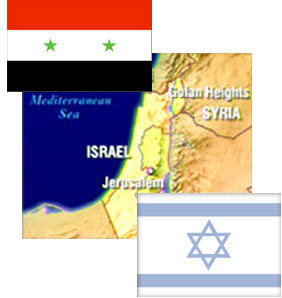 Syria’s state-run SANA news agency reports the foreign minister on Saturday released a statement that “While the world has recognized the constructive role carried out by Syria under the leadership of President Bashar al-Assad to maintain security and stability of the region, the public opinion still remembers the American fabricated campaign before the war on Iraq. It seems that the current American Administration is trying to repeat the same scenario.”

When Moallem was asked to comment in the recent statement released from US Secretary of State Hillary Clinton regarding proof that Syria has furnished Hizbullah with the missiles, he added “We warn the United States of adopting the Israeli false allegations and confirm that what actually destabilizes the region is the US excessive supply of all sophisticated weapons to Israel and its going along with Israeli government’s false allegations at our expense.”

Secretary Clinton released a warning last week, as did Defense Secretary Robert Gates, as was reported by YWN-Israel.