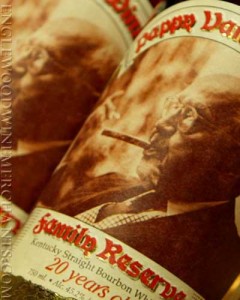 The following alert has been sent out on behalf of the Association of Kashrus Organizations (AKO) – and can be found along with all the latest Kashrus alerts in the new YWN “Kashrus Korner” – located towards the bottom of the New YWN Homepage, and powered by the cRc.

The AKO Executive Committee has reason to believe that there are large liquor companies in the United States which may be owned in whole or part by Jews. We are concerned that such companies may not have arranged for the sale of their chametz (mechiras chametz) during Pesach. These companies primarily manufacture bourbon, cordials, and American whiskey, and also deal in a small amount of Scotch and vodka.

Since many liquor products are aged for many years before they are sold to the public, it cannot be assumed that these beverages are acceptable for kosher use even if they are purchased a long time before or after Pesach.
Accordingly, we recommend that Kashrus Agencies and consumers change their policies and only consume those alcoholic beverages which [are free of standard kosher concerns and] are known to (a) be produced by a non-Jewish company or a Jewish-owned company which arranged for the sale of their chametz, (b) not contain any chametz, including not having chametz secondary grains or malted barley (bourbon and cordials are examples of items that may have these forbidden items), and/or (c) were not aged over Pesach (e.g. vodka).

The following are some brands which we believe to be subject to the above concern:

Consumers who already own one of these liquors are encouraged to ask their personal Rabbi whether returning the bottles to the store is considered to be having hana’ah (benefit) from chametz she’avar alav haPesach.  Lastly, we note that this notification does not cover the serious question of the status of whisky (or other chametz) owned on Pesach by a Jewish distributor who does or does not arrange for the sale of his chametz; consumers are once again encouraged to discuss this question with their personal Rabbi.

For updated information or questions regarding this notification, please email AKO at [email protected].