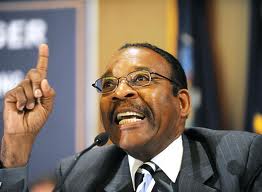 During your third State of the State Address on Wednesday January 9, 2013, we very clearly heard the urgency in your voice when you spoke of “Ending the necessity of high capacity assault rifles” and as you pleaded with us to “End the madness now!” You were very emphatic as well when you urged us not to bow to the “extremists” and for us to “set an example for the rest of the nation.”

How disappointing then was the report filed by Karen Dewitt just one day later on Thursday, January 10, 2013 which stated in part, “Governor Cuomo now says there is no timeline, for “when or if” a deal on anti gun measures will be reached.” On Wednesday you led us to believe one thing and on Thursday your remarks left us wondering if we can ever trust what you say.

Waiting sends the wrong message. Waiting can result in the possibility of more bloodshed. Waiting, especially for either the state budget to be passed or the last two weeks of the legislative session when bills are typically rushed through in the dead of night, does nothing to protect New Yorkers who need their Government to act now. By changing your mind, people might pose another question: “Governor Cuomo, are you now the one who is bowing to the extremists?”

Governor Cuomo, by your very own words, the time to act is now. New York will not be setting the example which you mentioned by waiting, and the chance for further bloodshed and the loss of innocent life is all too real.

I implore you to act now. My bill, S.1422, addresses the major concerns raised by the differing sides: it bans assault weapons and increases penalties for various gun related crimes.

New Yorkers at the very least should have a Governor who is consistent in his messages. Do not let the next drop of blood that is shed be on your conscience.