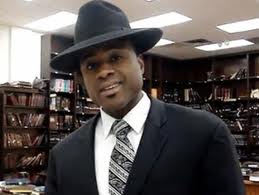 He was more than an acquaintance but not quite a friend. Nevertheless, I miss him terribly because he was an inspiration and role model to all who knew him. And his death was not only a huge tragedy and a crime, but an enormous Kiddush Hashem.

Yosef Robinson, z”l, came from the rough life of a Jamaican rapper, a hip-hop record producer, surrounded by drug addicts and pushers, who attained wealth beyond his wildest dreams. And yet, when he decided that there had to be more to life than material wealth, when he searched for meaning and purpose in life, he turned to Judaism, converted, and turned his back on all the bling and the fancy cars.

I met Yosef a number of times, in shul and while sharing a Shabbos meal at my daughter and son-in-law’s house. Dressed in his crisp white shirt, black suit and black hat, he looked very much the part of any Brooklyn yeshivish young man, and would have blended in in any shul or bais medrash – if it weren’t for his black skin.

Yosef loved learning Torah and delving into the meaning of every aspect of yiddishkeit. He was always asking questions, why we do this minhag or that custom. He challenged people to explain the philosophy of Jewish life and the meaning of Hashem’s special relationship with His people.

He inspired many teens at risk with his lectures that invariably started with his announcement that he’s “been there, done that.” He told teens that “the life” wasn’t all he was told it would be, that without religion and morality, his life was empty, and that he only feels fulfilled while thinking about Hashem.

In late July of last year I was privileged to work with Yosef on a video promoting his forthcoming autobiography, the story of his journey to Judaism and Hashem.  (The video can be seen below)

Three weeks later, he was shot to death while working behind the counter of a liquor store, defending the honor of a friend.  The irony of his death was almost impossible to accept:  One of his motivations to leave his former life was that he found it all too violent; he was shot twice in Los Angeles while in the hip-hop record industry – and survived those shootings.  And here, living the life of peace and quiet in Brooklyn, soft-spoken and gentle, always with a smile, and wrapped up in Torah and yiddishkeit, he was violently murdered.

He davened in three local shuls, each of which decided to designate someone to say kaddish for him.  I was zocheh to be asked to say kaddish by the Rav and mispallelim of Khal Zichron Mordechai on Nostrand Avenue.

Each day when I said kaddish I thought of the enormous and amazing sacrifices that Yosef made to be Jewish and frum.  He inspired me (as he did many other FFBs) to be less rote in our davening, not to take our yiddishkeit for granted.

I greatly miss Yosef Yehuda ben Avraham Avinu. May his memory be a blessing for all of his friends and loved ones and may he be a maylitz yosher for all of klal yisroel.