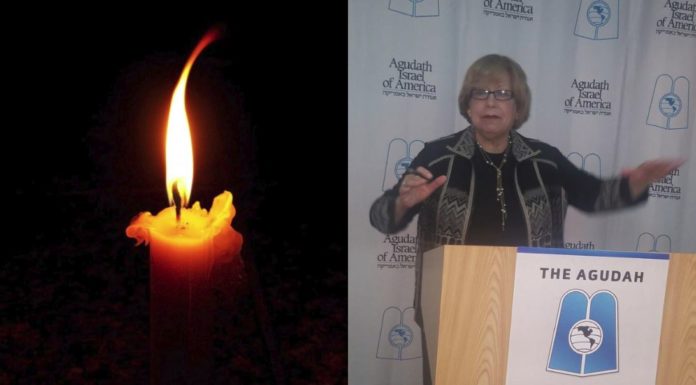 YWN regrets to inform you of the petirah of Mrs. Aliza Grund, A”H, who was the long-time president of N’shei Agudath Israel of America. She was the daughter of the Reb Chaskel Besser Z”L, the noted Agudah Askan.

The levaya will be held on Isru Chag Shavuos, Tuesday at 1:00PM at Shomrei Hachomos Chapels, 42 Street and Fort Hamilton Parkway.

The Aron will then be taken to Eretz Yisroel out of JFK, and will be brought to Bet Shemesh, where the Levaya and Kevura will take place on Wednesday at 1:30M.