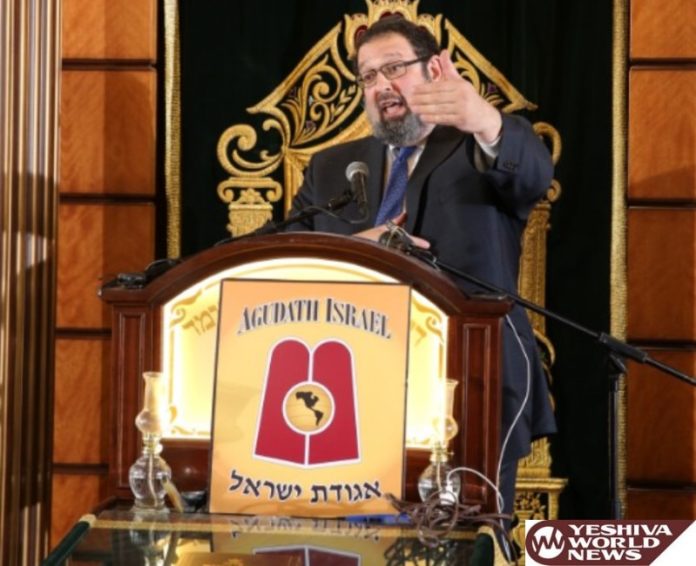 His words are timely following the arrests the past few days.

Mr. Avi Schick, startled listeners with his introduction: “I’m a partner in a large law firm that assists people who are under criminal investigation for white collar crime…Seven years ago I didn’t have a single frum client. Today a large part of my practice consists of frum Yidden. What’s responsible for this tragic situation?”

He discussed what he sees as the practice among many frum businessmen of living life on a dual track, “where Torah and mitzvos govern one’s behavior at home whereas in business, the arbiter of right and wrong is whatever you can get away with.”

He described a scenario in his office in which a non-Jewish secretary, trained not to extend her hand in greeting to a religious male client and to order food for them only from certain restaurants, marveled at a religion that has so many restrictions, but seemingly no rules about the conduct that brought these clients here in the first place!

Mr. Schick recounted another incident where “a colleague in the firm turned to my client who was under criminal investigation, commenting, ‘You know, I often hear you say, ‘G-d runs the world…G-d will take care of things.’ But if He really runs the world, why do you think you need to help Him out by taking money that’s not yours?’”

“My client was mortified. I, too, was embarrassed…” recalled the speaker. “Living a double life where we’re careful about kashrus but cavalier about yashrus should be as incomprehensible to us as it is to outsiders.”

He cited the advice Rav Hutner, zt”l, gave to a student who felt he was drifting spiritually to strengthen the connection between his job and his inner identity as a ben Torah. “Don’t live a double life but a broader, more unified, authentic life. Import the kedusha of your learning and tefilla to the workplace,” the rosh yeshiva urged. “Consciously infuse your ‘commercial’ life with yeshiva values and sensitivities.”