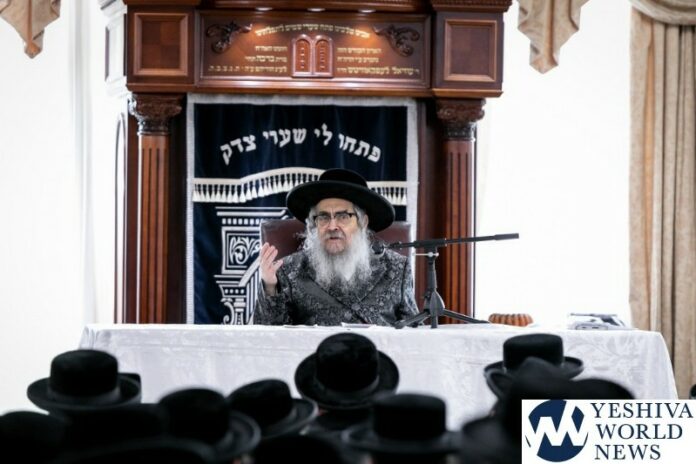 Just one day after NY Governor Cuomo blasted Satmar and threatened legal action for holding a “secret wedding” in Williamsburg that had around 7,000 participants, New York State Officials are warning Satmar that they better cancel a massive Chasunah planned for tonight in Kiryas Yoel.

New York officials ordered the Yetev Lev D’Satmar congregation in Monroe to cancel “four large wedding ceremonies” scheduled for Monday evening where thousands of people are expected to attend — unless the ceremonies can be held following strict adherence to coronavirus safety guidelines.

According to the New York State Department of Health, state officials were tipped off that members of the synagogue were planning to hold separate large wedding ceremonies on Monday at the congregation’s main sanctuary and at Bais Rachel Paradise Hall. Additionally, the department received information that the congregation was also planning to hold separate pre-ceremony receptions Monday at Ohel Yehosua and at Vayoel Moshe Hall.

The large number of individuals expected to attend these events will make for unsafe social distancing and “will create an undue risk for an increase of the spread of COVID-19, and present a danger to the health and safety of the People of the State of New York,” according to the Department of Health.

State officials announced that the congregation should “immediately cancel the aforementioned scheduled [four] wedding ceremonies unless it reasonably believes it can hold such ceremonies in strict adherence with the face covering and social distancing requirements …and has developed and implemented a plan for such adherence.”

If the ceremonies are not canceled, the synagogue must adhere to state guidelines, including having the ability to deny entry or expel anyone 2 years old or older who can “medically tolerate a face-covering” but is not wearing a face covering and is “unable to maintain social distancing of six feet from any individual who is not in the same household.” The congregation must also “immediately cancel any receptions related to the wedding that are likely to be attended by more than fifty individuals.”

Last month, a wedding by the other Satmar Rebbe, HaRav Zalman Leib Teitelbaum was forced to just allow family members after posters announcing the wedding were leaked to the press causing a firestorm.