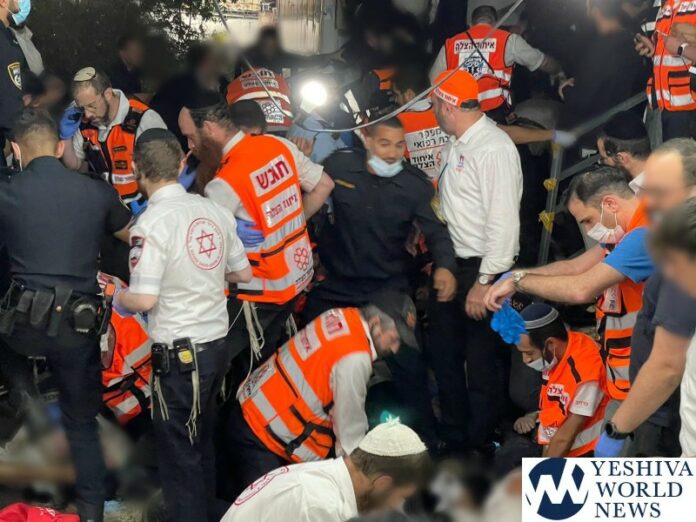 At least 44 people were R”L killed after a tragic incident in Meron near the Toldos Aharon bonfire resulting in a mass casualty incident.

Multiple victims were removed in traumatic arrest to local hospitals.

Hundreds of people were injured, and the Israel Air Force 669 Unit airlifted many victims to trauma centers. Many are in critical condition.

The incident is being called one of the worst incidents in the history of the State of Israel. Prime Minister Benjamin Netanyahu called the incident “a terrible disaster.”

The entire Meron was evacuated and the entire Kever Rashbi has been closed. Buses are taking around 100,000 people back to their homes, and the mountain is closed for the remainder of Lag Baomer.

Many Lag Baomer celebrations around the world have since been cancelled for tonight. 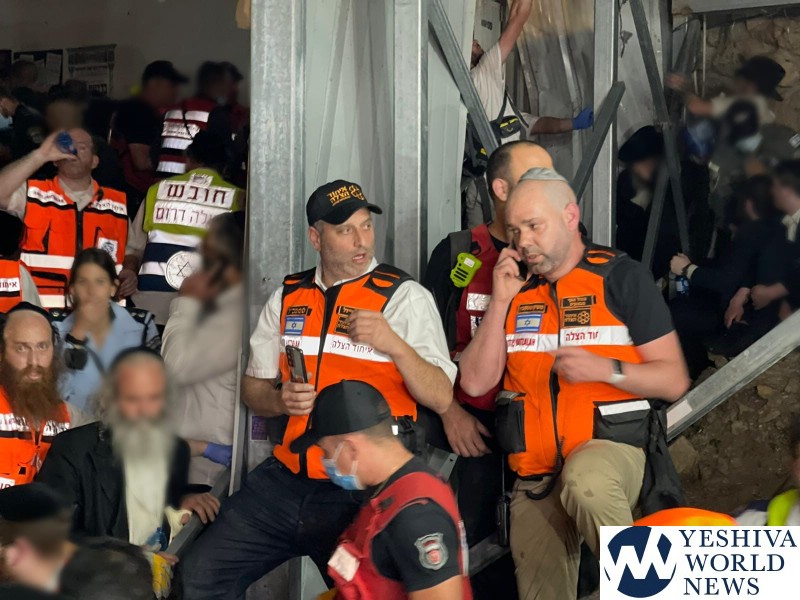 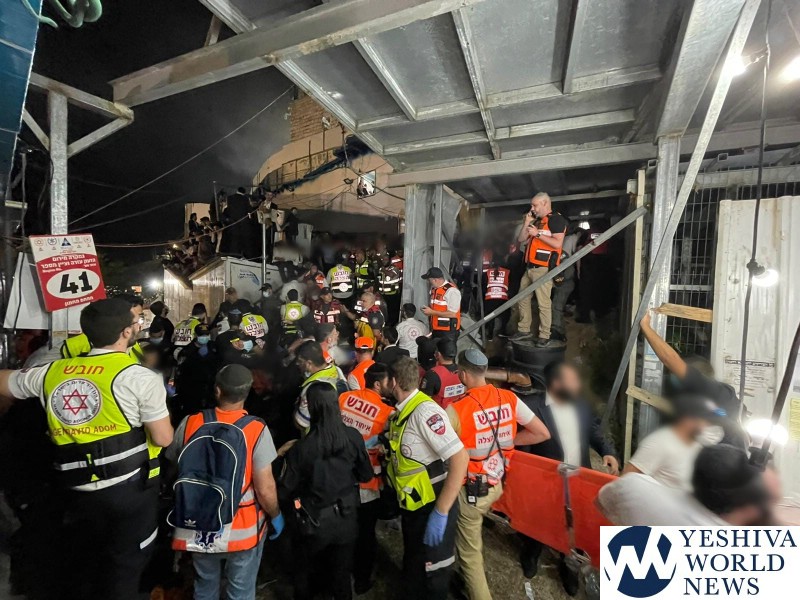 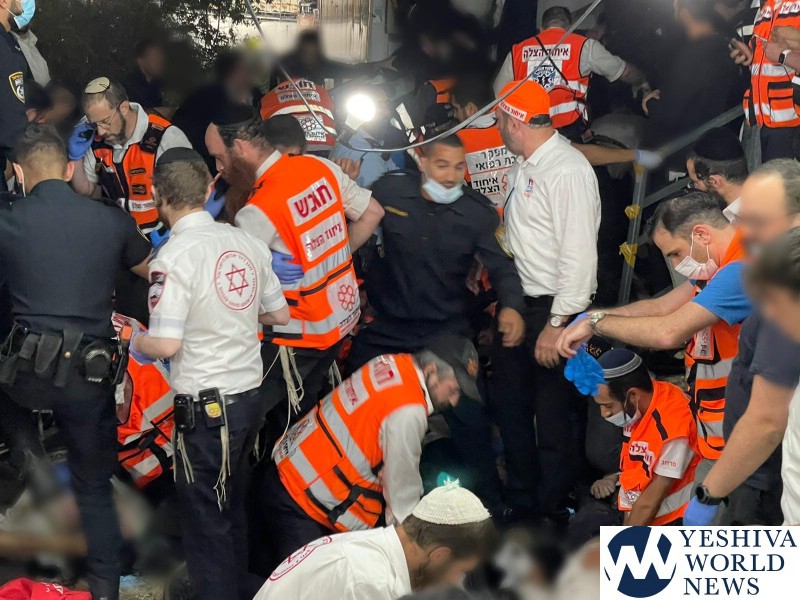