As YWN reported on Motzei Shabbos, a group of Misaskim volunteers departed Brooklyn, in a show of solidarity for our brethren in Pittsburgh PA, and to offer any and all moral and technical support possible to the local Chevra Kaddisha. A large command post, stocked with tons of equipment needed for the task is ready at the scene.

A group of volunteers from Chesed Shel Emes also made the trip to Pittsburgh with an emergency response vehicle, and are standing by awaiting the green light from the FBI to begin their work.

On Sunday morning, the FBI allowed the team leader from Misaskim inside the Tree of Life Synagogue, to view parts of the crime scene and get an idea of the gruesome work ahead of them.

Both organizations will be allowed inside to do their Avodas Hakodesh sometime late Sunday night, or on Monday morning – as soon as the investigation is completed.

The work of these volunteers traveling to Pittsburgh has since made national headlines, with articles in multiple newspapers.

Rabbi Yanky (Jack) Meyer, co-founder of Misaskim, told YWN that the local, state and federal authorities are being extremely sensitive to the Jewish customs and are working closely with them to ensure the scene is properly cleaned.

The NY Post ran a story describing the need to collect all blood according to halacha. The NY Daily News ran a story as well. 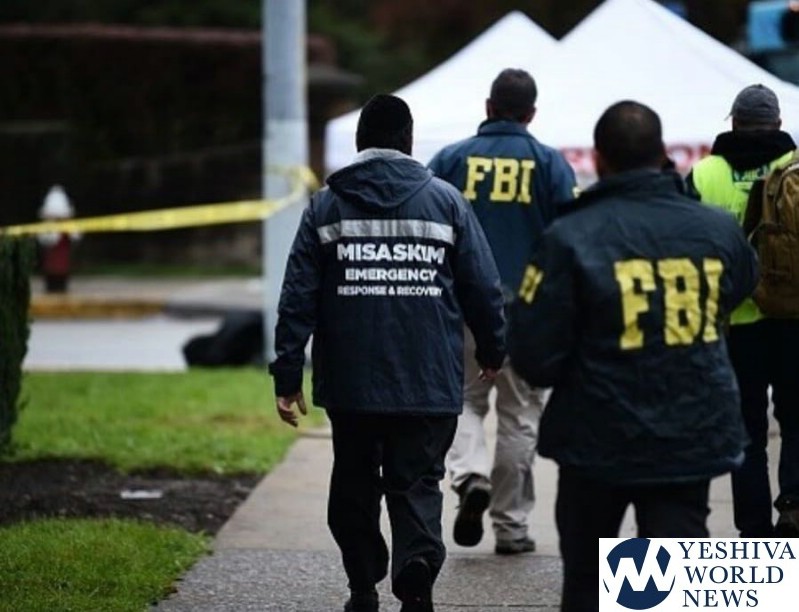 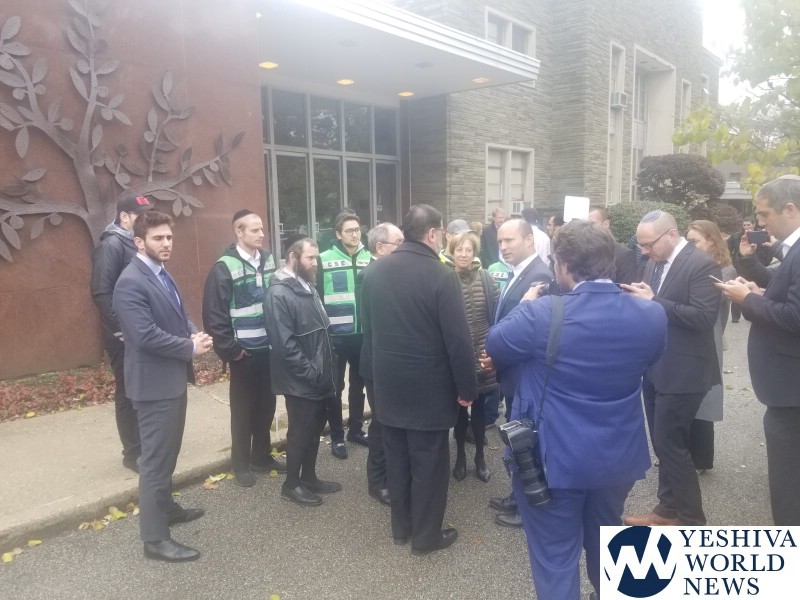 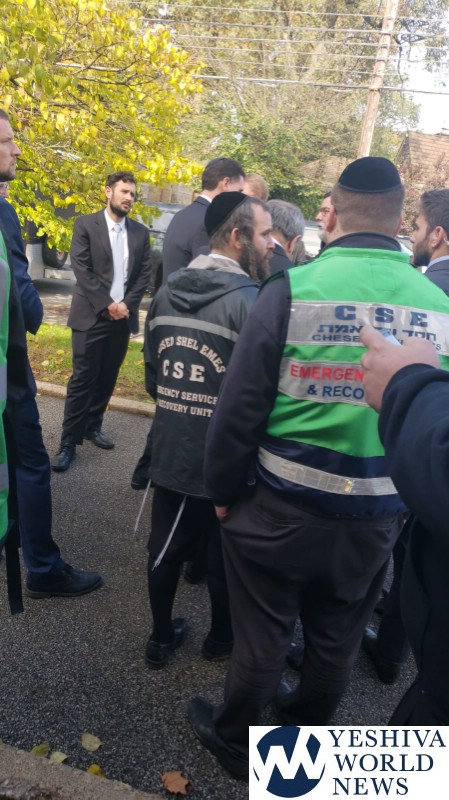 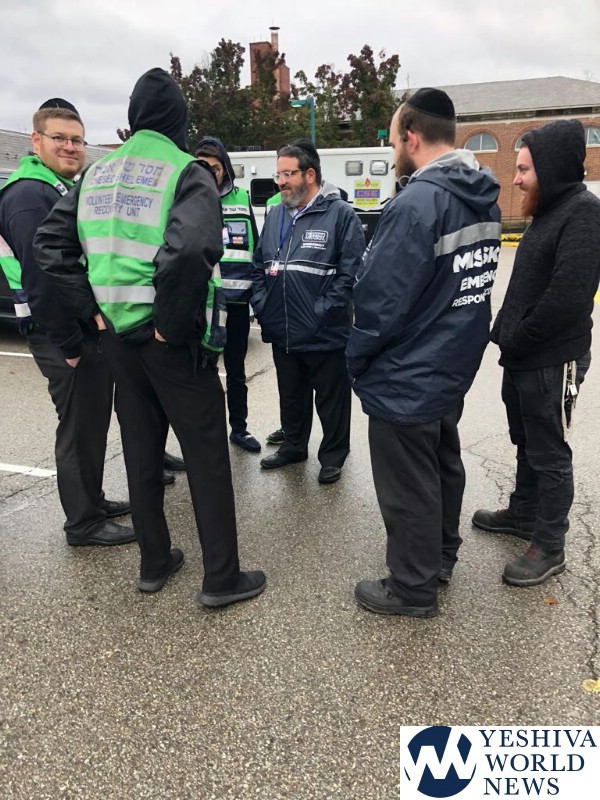 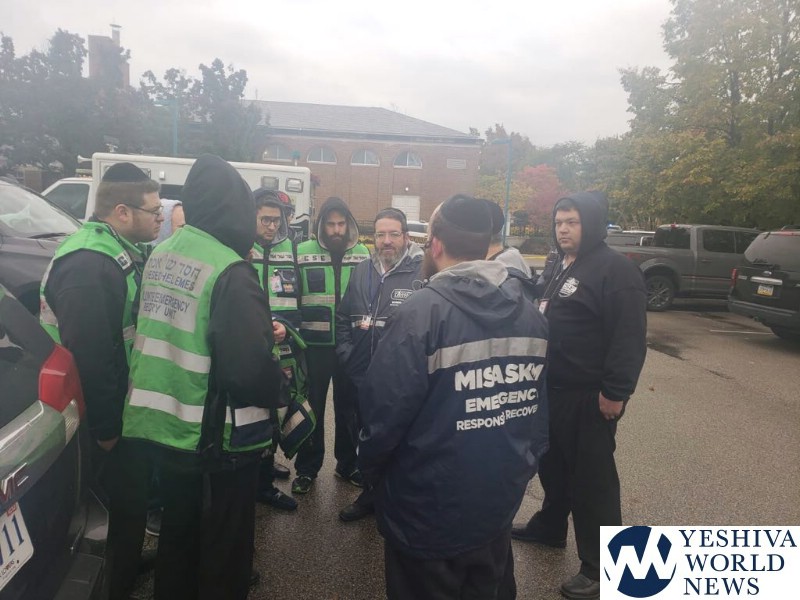 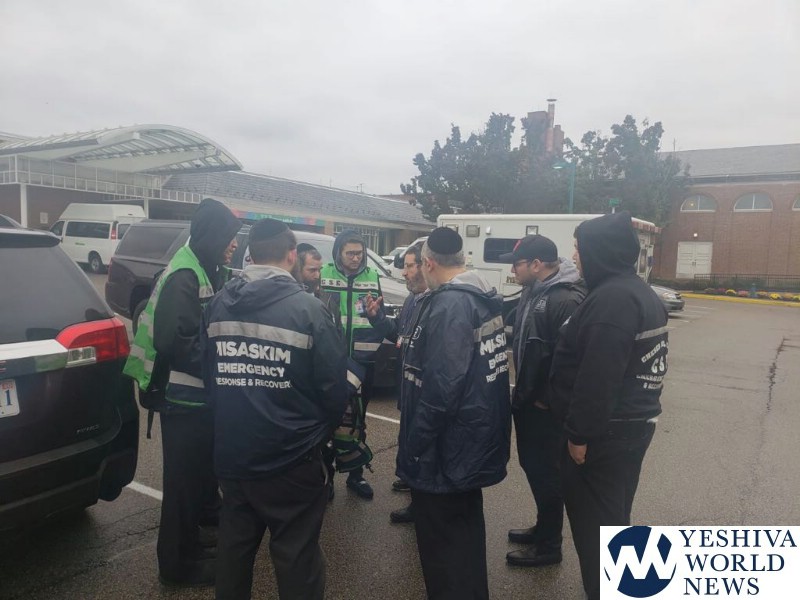 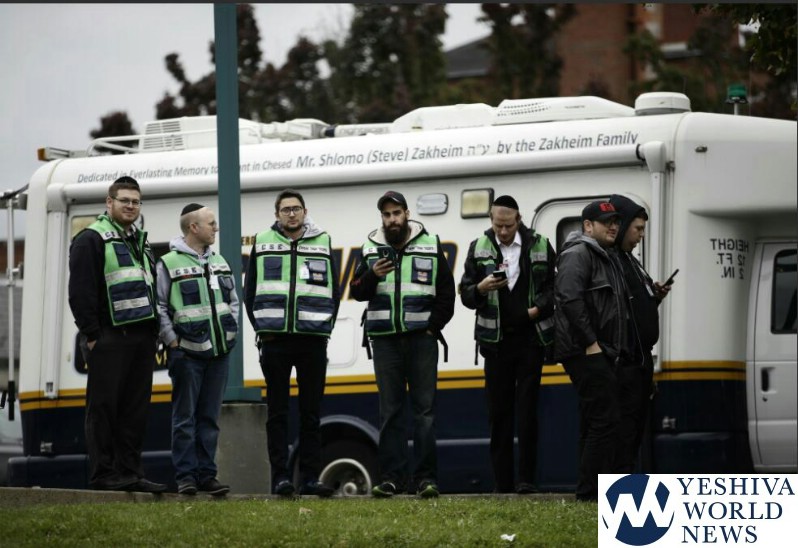 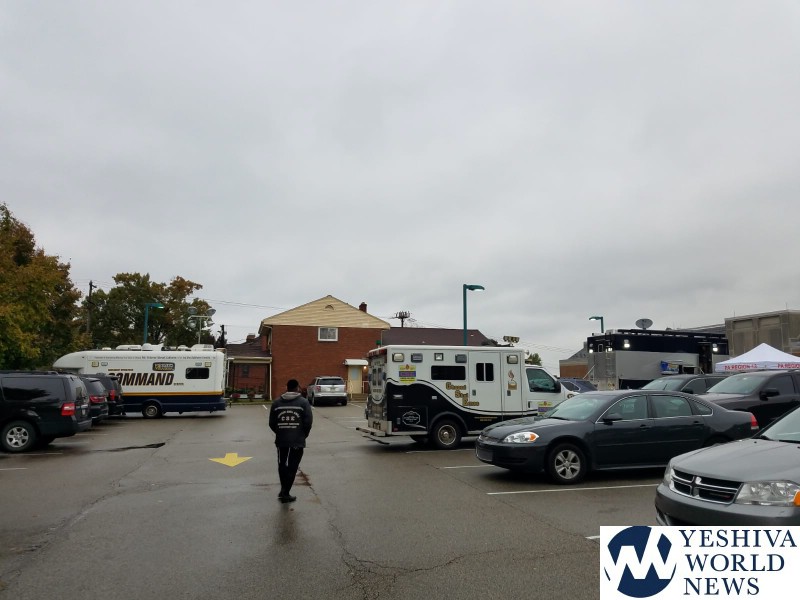 Thanks to the volunteers of @misaskim, led by Rabbi Jack Meyer, for heading down to Pittsburg late last night to do their difficult work. Misaskim ensures that the bodies of the deceased are treated with reverence and according to Jewish law. May we never need of their services.

VICTIMS IDENTIFIED: Names of 11 Fatalities in Pittsburgh Synagogue Massacre Have Been Released – Ages 54 to 97

WATCH: Trump: If Pittsburgh Synagogue Had An ARMED GUARD “They Would Have Been Able To Stop” The Shooter

WATCH: Chabad Shliach To Pittsburgh Speaks Outside Of Scene Of Shabbos Morning Massacre

Every Shul Should Have An Armed Person – A Halachic Analysis

List Of Recent US Attacks In Which Jews Were Targeted