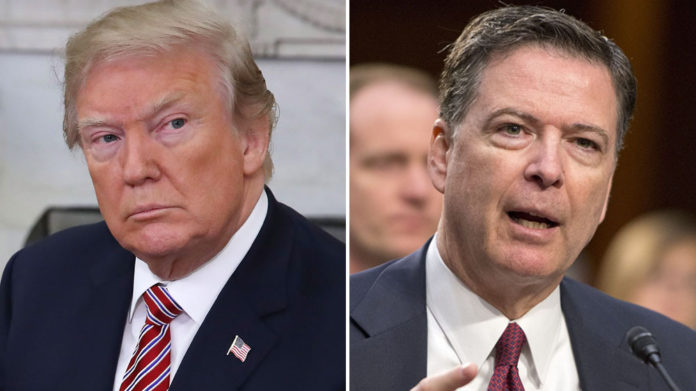 Former FBI Director James Comey suggested at a televised town hall Thursday that President Trump could be indicted after he leaves office — as the president fired back, calling Comey a “disgrace.”

During a town hall-style event hosted by CNN’s Anderson Cooper, Comey was asked whether he agreed with hundreds of former prosecutors who argued this week that Special Counsel Robert Mueller would have produced obstruction of justice charges if Trump were not president and benefiting from a DOJ policy against such indictments.

“[Mueller] was trying to do something principled and fair, and I can tell you from personal experience that sometimes, when you try to do that, people misunderstand you,” Comey said. “He said, I can’t indict the president because of Department of Justice policy and given that, it would be unfair to accuse him of a crime in a document when he can’t vindicate himself in a trial.”

Former FBI Director James Comey says the Justice Department ought to "take a serious look" at charging Trump when he's no longer president.

James Comey is a disgrace to the FBI & will go down as the worst Director in its long and once proud history. He brought the FBI down, almost all Republicans & Democrats thought he should be FIRED, but the FBI will regain greatness because of the great men & women who work there!

Asked point-blank if Trump should be indicted when he is out of office, Comey answered: “I think the Justice Department will have to take a serious look at that.”

He added: “Whether it’s a wise thing to do to a former president, I don’t know. That’s a harder question, a much bigger question, than the facts of the case.”