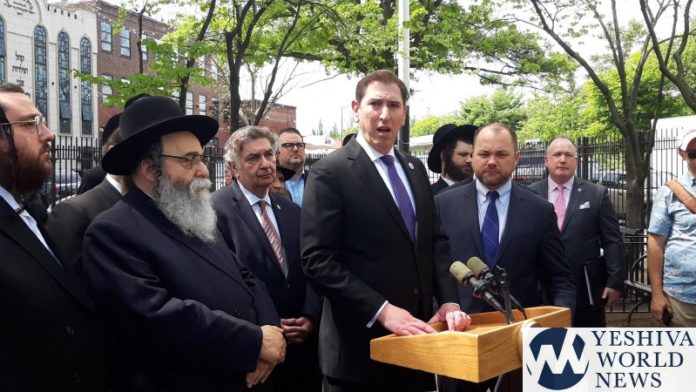 The NYPD recently reported that Anti-Semitic hate crimes in New York were up 82% in the first four months of this year, compared to the same period last year. Since then, there have been numerous reports of assaults against Jewish men in Williamsburg and Crown Heights.

The Anti-Defamation League also released a report this year that found Anti-Semitic hate crimes across the nation doubled in 2018. New York counted 340 hate crimes against Jewish people in 2018, second only to California. The City Council created the Office of Hate Crime Prevention this year and is pushing Mayor de Blasio to fully fund the office.

It was held on Penn Street, in front of The United Jewish Organizations of Williamsburg.

In a statement to YWN, Chaim Deutsch said Monday’s press conference was another opportunity to stand up and say ‘no more’ to anti-Semitism. The rise in hate crimes in New York City – and physical assaults against Chassidic Jews in particular – is deeply disturbing. There is a 106% rise in anti-Semitic crimes as compared to this time last year and the City – and our Mayor – must find a way to combat that hate. I thank Speaker Johnson for being an ally to the Jewish community in fighting anti-Semitism, and for coming down to Williamsburg this morning to stand with us.”

The @NYCCouncil denounces all hate! With anti-Semitic attacks on the rise we must stand up, support, and empower our #Jewish community. TY @NYCSpeakerCoJo for your leadership! pic.twitter.com/6ewDsiJdb5

"#Antisemitism cannot continue to become normalized in #NYC" – our @bernstein_evan at @NYCSpeakerCoJo press conference in #Williamsburg #Brooklyn speaking out against the rise of #antisemitic #HateCrime. Thank you Speaker Johnson @NYPDHateCrimes @NYCCouncil pic.twitter.com/pu7M5SHXLJ

Press Conference by @NYCSpeakerCoJo @CoreyinNYC to denounce #AntiSemitism and #HateCrimes that has hit Williamsburg and other NYC areas is now in front of our @HQSatmar “Shaya Wolf Lev” Boys School building on Wythe & Penn Streets. pic.twitter.com/nTzZVDLY5L 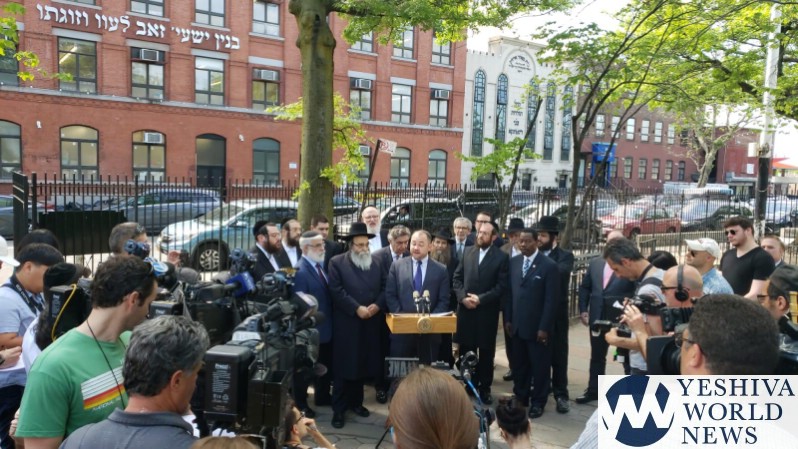 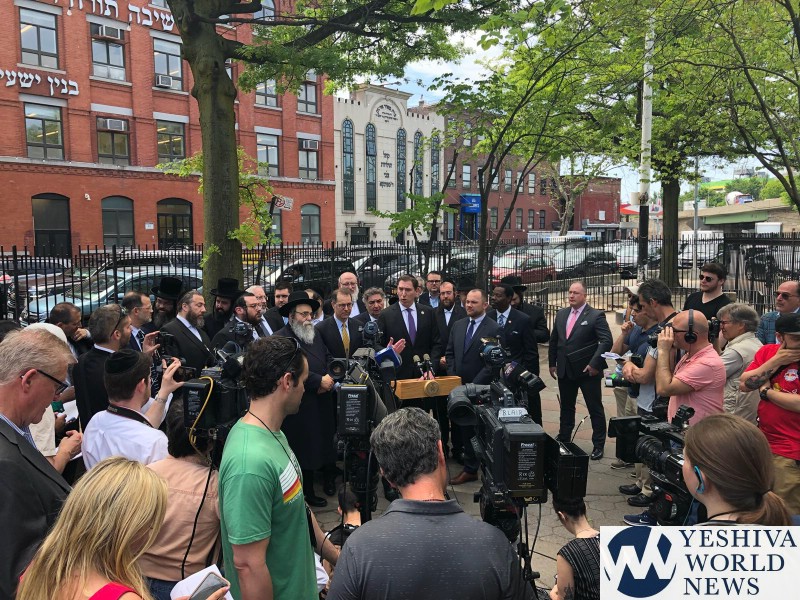 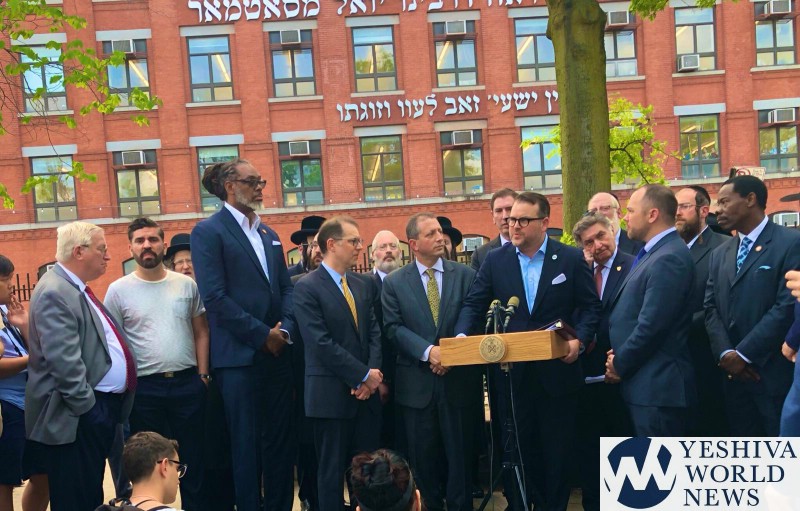 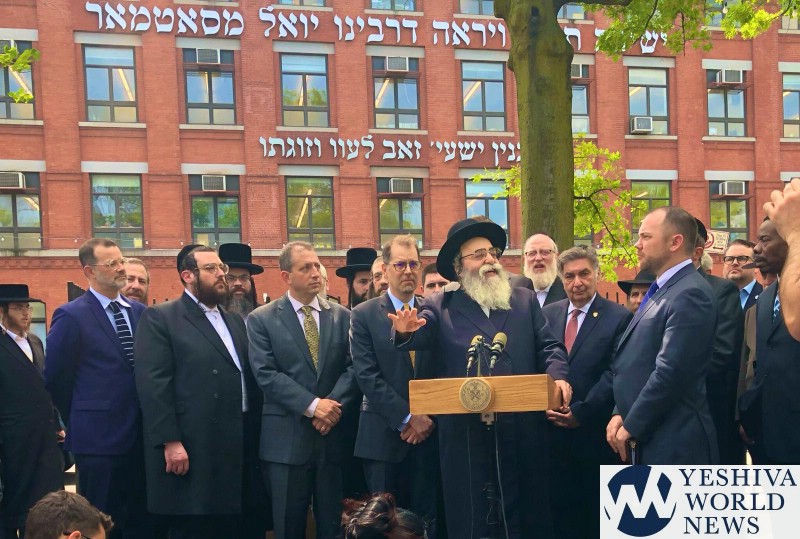 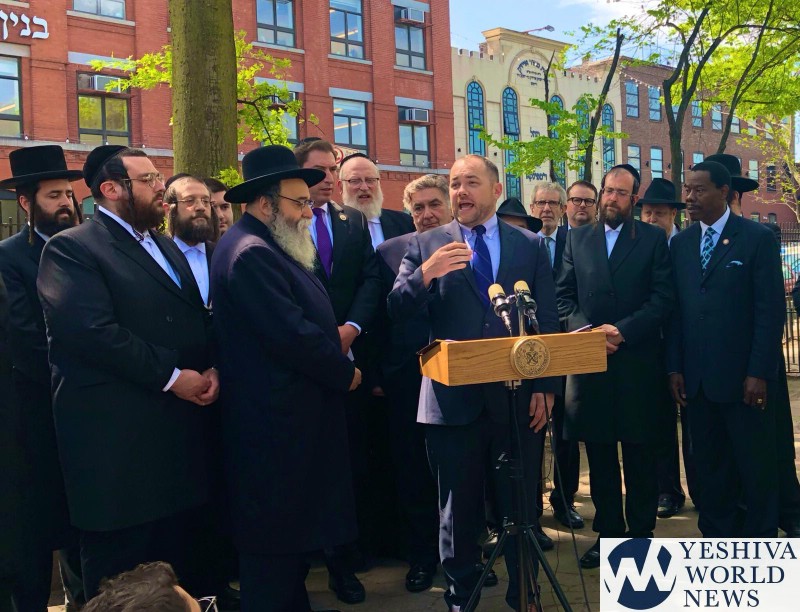 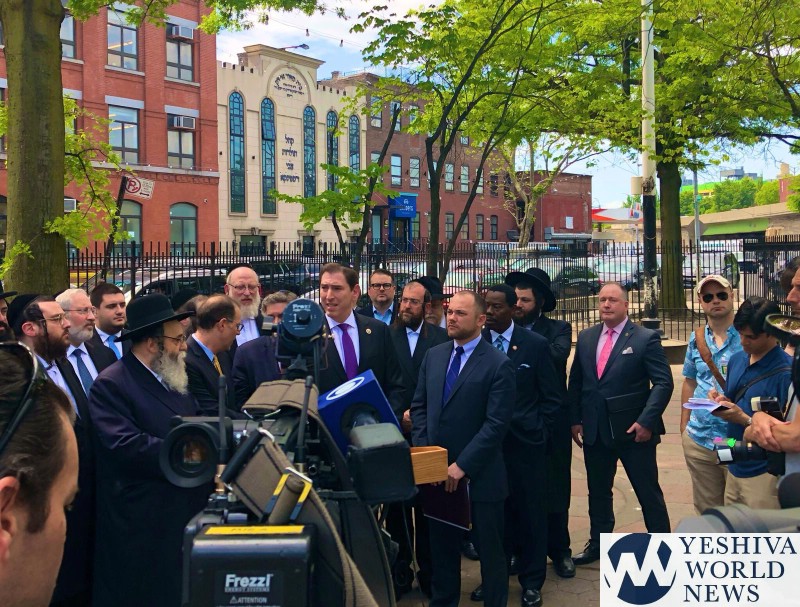