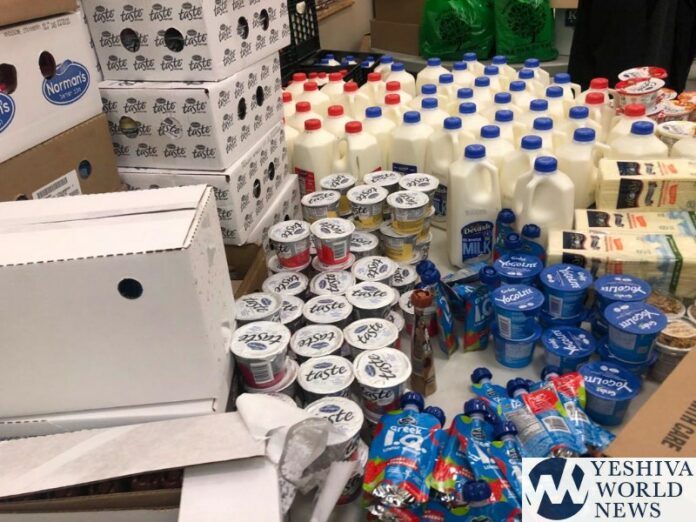 In the wake of the horrible anti-Semitic attack in Jersey City, the kosher community was left without their only supermarket that was decimated in the terrorist attack. Jersey City’s Mayor Steven Fulop knew who to call to get emergency food to his city – Met Council. “We got the call Wednesday night and our immediate response was, ‘of course, we will get your constituents food for Shabbos.’ 24 hours later we delivered and distributed over 10,000 pounds of food – from cholent mix to challah to eggs and even dessert like rugelach. We made sure that these 100 families had everything they needed for Shabbos,” explained David G. Greenfield, Met Council’s CEO.

“I’m so grateful to Met Council for swiftly stepping in during this crisis” said Jersey City Mayor Steven Fulop who joined in the food distribution. “Thank you for your support. We are all one big community and helping each other is what it is all about. Thank you.”

After receiving the call, David Greenfield sat down with Jessica Chait, Met Council’s Managing Director of Food, and Ben Segal, Deputy Chief of Staff, to properly plan the emergency distribution. They quickly determined that the food needed to have chasidishe hasgachas to accommodate the mostly Chasidic community in Jersey City. “What makes Met Council so unique is that because we provide food every day to over 40 kosher food pantries, we have expertise with every segment of the community,” explained Chait. “We knew that all the food would have to be CRC hashgacha or equivalent.”

Jessica Chait went to Met Council’s Brooklyn warehouse to personally oversee the packing of five pallets of glatt kosher food. She left the warehouse at 1 AM and returned at 7 AM to finish the job with her team. While Met Council provides over 7.2 million free meals each year to the Jewish community, they realized that they would need additional items for Oneg Shabbos such as challahs and dips and pastries. Met Council reached out to KRM Supermarket in Boro Park who immediately provided those additional products.

At around noon on Thursday, one of five Met Council trucks left the Met Council warehouse with five pallets of food and stopped in Boro Park at KRM to pick up the fresh Oneg Shabbos food before making their way to Jersey City.

Dozens of community residents came out to “shop” at Met Council’s impromptu free “store” at the Bethune Community Center. Mayor Steven Fulop joined in the distribution and Agudas Yisroel’s Avi Schnall joined as well. Volunteers took “orders” via WhatsApp and delivered the food to families that could not pick it up.

“It’s a real privilege for me to run the largest tzedakah in America. Boruch Hashem, we do amazing things every day,” said David Greenfield. “No other organization can pack, deliver and distribute 10,000 pounds of kosher food overnight. Today, however, was a special day. It was a true kiddush Hashem. We’re especially grateful to Mayor Steven Fulop for his leadership and sensitivity to the needs of his kosher constituents.” 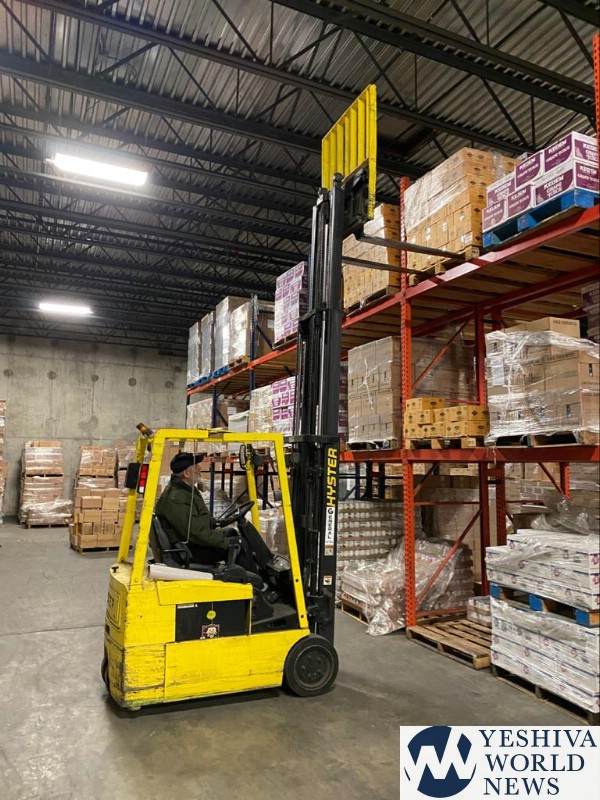 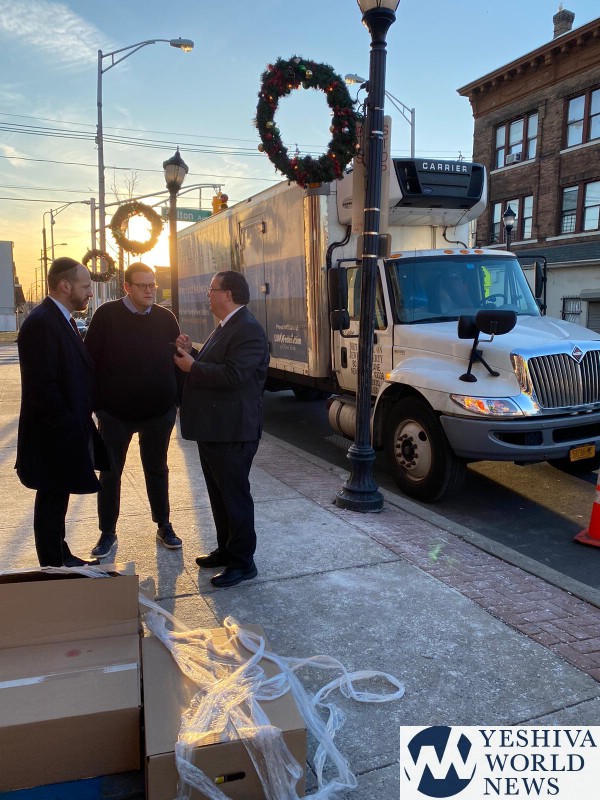 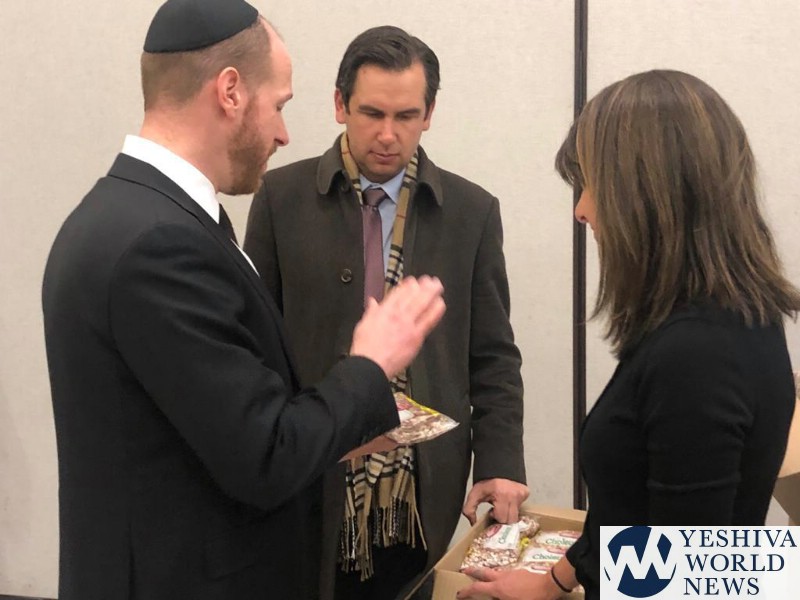 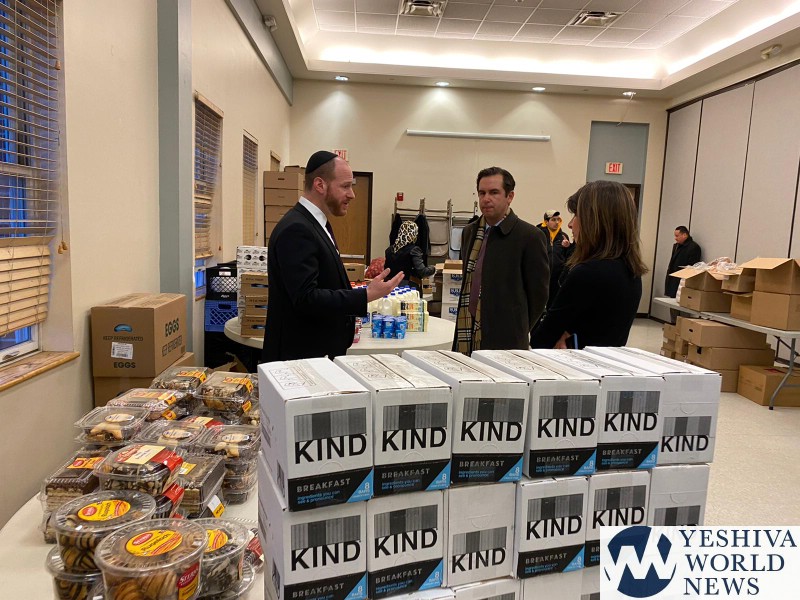 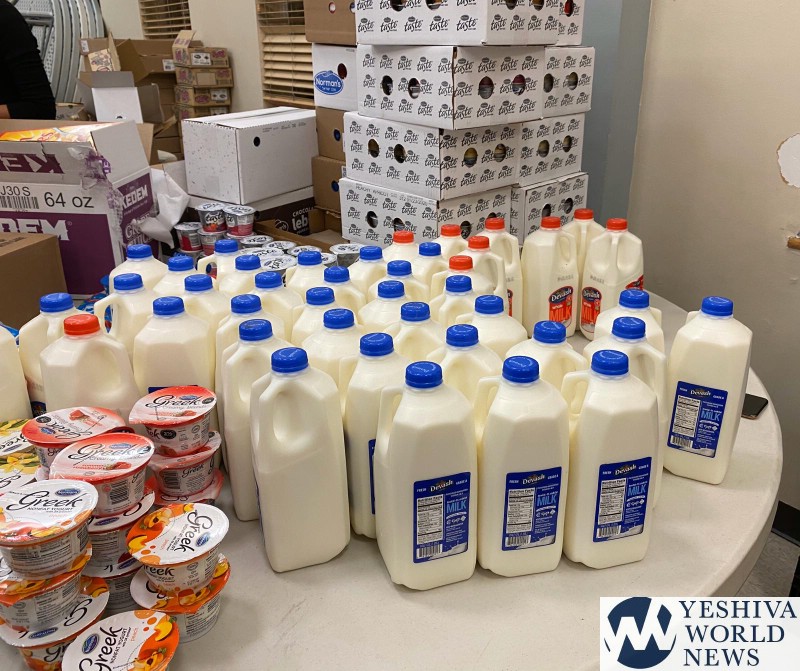 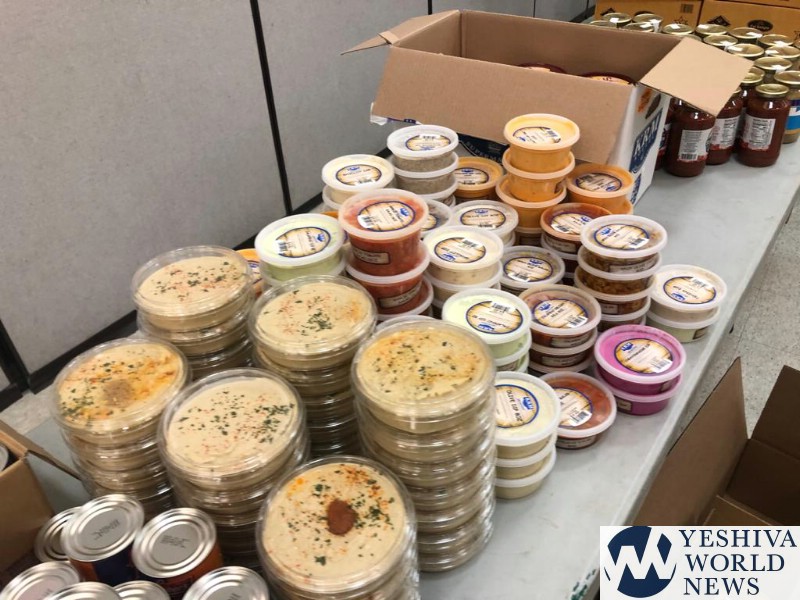 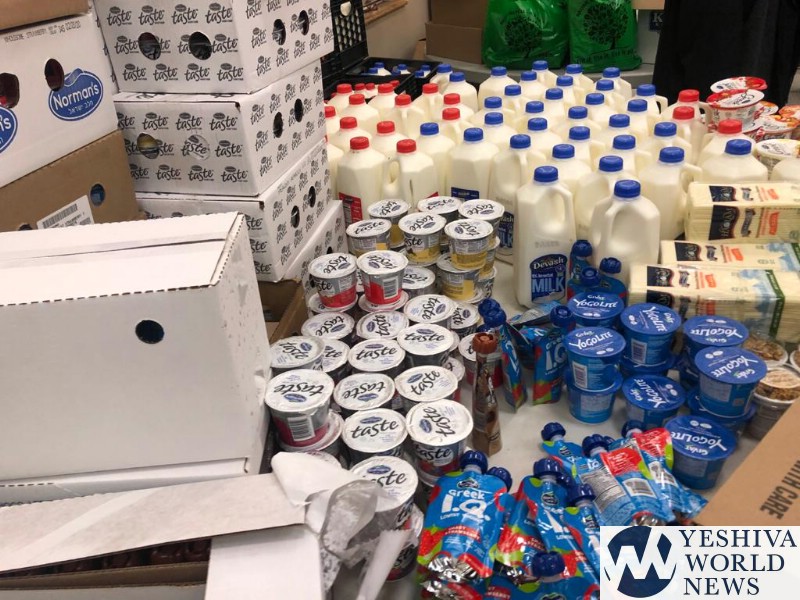 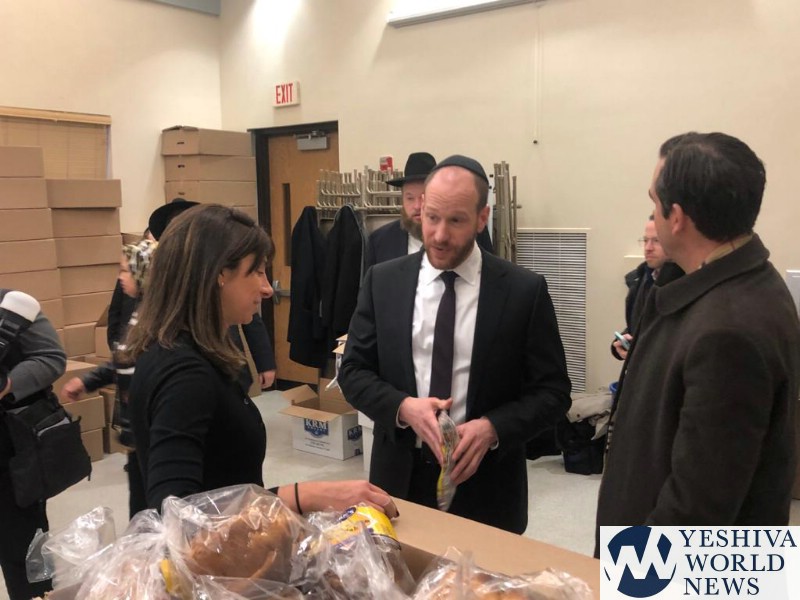