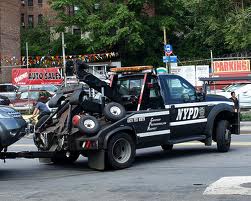 Brooklyn – Councilman David G. Greenfield (D-Brooklyn) has introduced legislation in the New York City Council that would prevent the city from towing cars for minor infractions like unpaid parking tickets or parking in a “No Parking” zone that does not pose a hazard to public safety. Instead, the legislation would require that the city “boot” the vehicle. Upon returning to a booted vehicle, the driver would call a phone number displayed on the boot to pay the outstanding fines plus a $50 administrative fee. In return the driver would receive a code to unlock the device which the driver would return to avoid an additional fee.

Currently, vehicles are towed once the owner owes $350 or more in unpaid parking tickets. In addition, the city can tow any vehicle that is illegally parked, regardless of whether it poses a safety hazard. Retrieving towed vehicles is a major expense and hassle for city drivers. The city charges car owners $185 for towing a vehicle–in addition to any outstanding tickets owed–and a storage fee of $20/day. Under Greenfield’s bill, the city would first be required to place a wheel lock device, known as a boot, on the vehicle. If it remained there for 72 hours, the city could then tow the vehicle to an impound lot.

“Any driver who has been towed knows that a trip to the impound lot can be one of the most frustrating experiences in New York City. This bill would give drivers a chance to pay their debts to the city without wasting an entire day trying to retrieve their vehicle. What’s more it would save driver’s at least $150 in towing and storage fees. It’s a simple and fair way for the city to enforce its parking laws without excessively punishing drivers,” said Greenfield.

This new legislation would not apply to vehicles parked illegally in tow away zones or at bus stops, fire hydrants, crosswalks, driveways or when towing “is required as a matter of public safety.” Those vehicles would continue to be subject to immediate towing by the city, as is currently the case.

This bill came as a result of numerous complaints from residents of Borough Park and other Southern Brooklyn neighborhoods who feel the city is unfairly targeting them for ticketing and towing to create revenue. So far, nine Council Members have signed on to the bill, which also has support from the Automobile Association of America.

“In our opinion, immobilizing a vehicle by placing a wheel lock or boot gives drivers the benefit of the doubt when it comes to paying parking tickets. Giving drivers a 72-hour window to pay their tickets before incurring the very high cost of a tow will allow drivers who may have unknowingly accumulated violations the opportunity to pay their fines without the hassle and substantial cost associated with a tow,” said Jeffrey Frediani of AAA New York. He noted that the $185 levied by the city for towing “is far in excess of prevailing consensual towing rates on city streets,” which is generally $75 to $90 for the first mile.