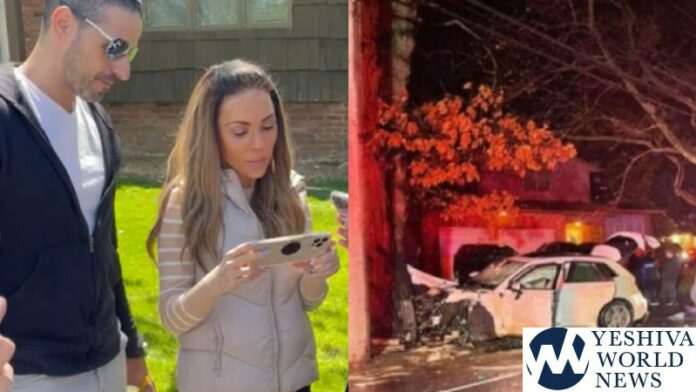 A frum woman who was critically injured in a tragic car accident in Woodmere last December returned to the scene of the crash today to recite birchas hagomel after a miraculous recovery.

The accident occurred in Woodmere when a drunk driver slammed into a car being driven by Miriam Meltzer, who was driving her daughter Aliza and three friends home from a Camp Sternberg reunion. The accident caused the tragic passing of 15-year-old Liel Namdar, 15, of Great Neck, and critically injured Miriam.

Following the accident, the Jewish community across the U.S. galvanized itself to assist the family of the critically injured woman, raising $770,000 for her family as she slowly recovered from her terrible injuries.

Numerous people also took on kabbalos following the terrible accident as a zchus for the injured woman and as an aliyah for the neshama of Liel, a”h.

Arlin Javier Aguilera, the man who caused the accident, was in the United States illegally after overstaying his visa, was charged with vehicular manslaughter and DWI.