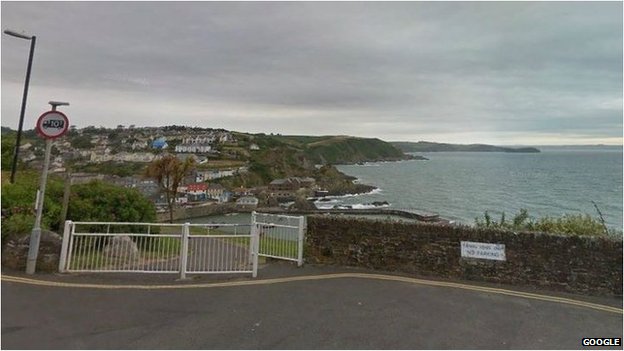 A Cornish village has angered the Jewish community after agreeing to reinstate a sign saying Hitlers Walk.

The sign for a park overlooking Mevagissey was taken down by the now-defunct Restormel Council in 2005 after complaints that it was inappropriate.

Now Mevagissey Parish Council has ordered a new sign, saying that is what local people call the park.

Harvey Kurzfield, of Kehillat Kernow, which represents the Jewish community of Cornwall, said it was “outrageous”.

The park, on a sloping site a little smaller than a football pitch at the top of Polkirt Hill, was named in the 1930s after a dictatorial local councillor, who was nicknamed Hitler.

Parish councillor John Daniel, who has campaigned for the sign’s reinstatement, said: “Local people have known it as Hitlers Walk since the 1930s.”

Mr Daniel said it had been “political correctness gone mad” to remove the sign, which does not have an apostrophe.

“The name goes back to a time before the war when whoever was in charge of the park was a bit authoritarian.

“It’s not offensive, it’s just what local people call it.”

Mr Kurzfield said he would be writing to the parish council to object.

“I think it’s outrageous and completely unfeeling,” he said. “It is unbelievable to stoop to doing something like that.

“I would urge Jewish people to boycott the village.”

Parish councillor Jade Barron, who backed the sign, said: “We didn’t want to offend anyone, it’s just always been known as Hitlers Walk.

“It’s a massive part of the village’s history and it would be a shame to take that away.”