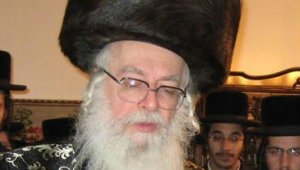 Chassidim of the late HaGaon Rav Eliezer Shlomo Schick, the Tzaddik of Yavniel ZT”L are fearful a machlokes regarding who will succeed the rov is underway. It was reported in Israel on Tuesday 21 Shevat that during the night New York City time, someone broke into the rebbe’s home in Boro Park and made off with valuables.

Kikar Shabbos reports that other valuables were stolen from the home when the rebitzen was hospitalized due her own ailing health. Kikar adds that sources in Breslov believe that the persons behind the break-ins are connected to the yeshiva that is situated above the rebbe’s home and the break-ins were motivated by the machlokes as who will take over for Rav Shick. Talmidim of the yeshiva appointed Rav Yoel Roth as rosh yeshiva against the rebbe’s wishes while he was still alive.

Local police and members of the Boro Park Shomrim are involved in the investigation into the break-ins.

Due to the deteriorating condition of the rebitzen, the sons siting shiva in Yavniel are returning on Tuesday evening to the United States to continue sitting shiva in Boro Park.

The tzibur is asked to be mispallel for Yachna Shifra bas Susiya bsoch kol cholei yisrael.