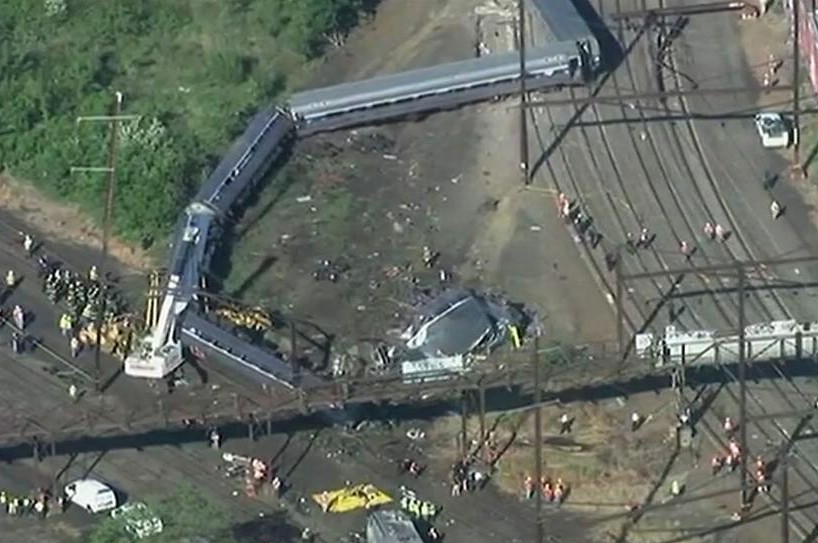 The National Transportation Safety Board says it’s examining damage on the Amtrak train that derailed in Philadelphia to see if it was hit by an object.

The NTSB says an assistant conductor in the cafe car of the Amtrak train said she heard the engineer talking to a regional rail train engineer who said he’d been “hit by a rock or shot at.” She says she thought she heard the Amtrak engineer say his train had also been struck.

NTSB member Robert Sumwalt says his team has “seen damage to the left hand lower portion of the Amtrak windshield” and has asked the FBI to look at it.

The National Transportation Safety Board says it has interviewed the engineer of the Amtrak train that derailed in Philadelphia and found him “extremely cooperative.” But it says engineer Brandon Bostian said he couldn’t recall what happened in the crash.

Bostian’s lawyer said earlier his client suffered a concussion in the wreck and had no recollection of it. He said Bostian hadn’t been using his cellphone and hadn’t been drinking or using drugs.

The Northeast Regional train from Washington, D.C., to New York City derailed at a curve on Tuesday night, killing eight people. Investigators say the train sped up from 70 mph to more than 100 mph in the minute before it went into the curve.