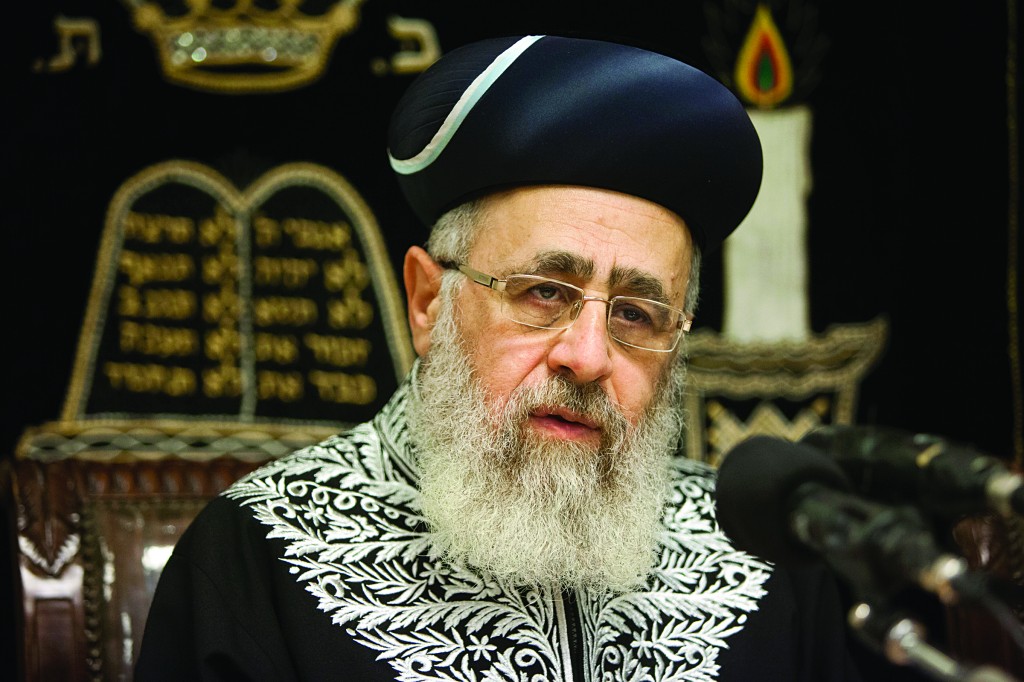 The Knesset Committee for the Advancement of Women is meeting this week to discuss a case surrounding the planned meeting this week of the entire Chief Rabbinate of Israel Council. Rishon L’Tzion Rabbi Yitzchak Yosef Shlita summoned the meeting to discuss a case involving a ‘get’ given in France, which he wishes to have the council overturn. The Knesset Committee is meeting in the hope of finding a way to interfere with this process and/or influence members of the Chief Rabbinate Council to see another position. In fact, the committee has summoned some of the members of the Chief Rabbinate Council to appear before it, hoping to influence their position.

The committee has also summoned the woman involved to hear her story. Members of the legal community are angry, calling the Knesset committee’s actions unprecedented for the matter is a private one involving a couple and inviting attorneys involved in the case is not an acceptable practice.

It is added the case is still being adjudicated and this makes the actions of the Knesset committee even more serious. There are calls to the Knesset legal counsel to at the very least cancel the planned appearance of the woman’s attorney before the committee.